Sarah Ritchie mistakenly donated the portrait of her son with other items to the Bedford Goodwill in 2018. She's offering a $1,500 reward to get it back. 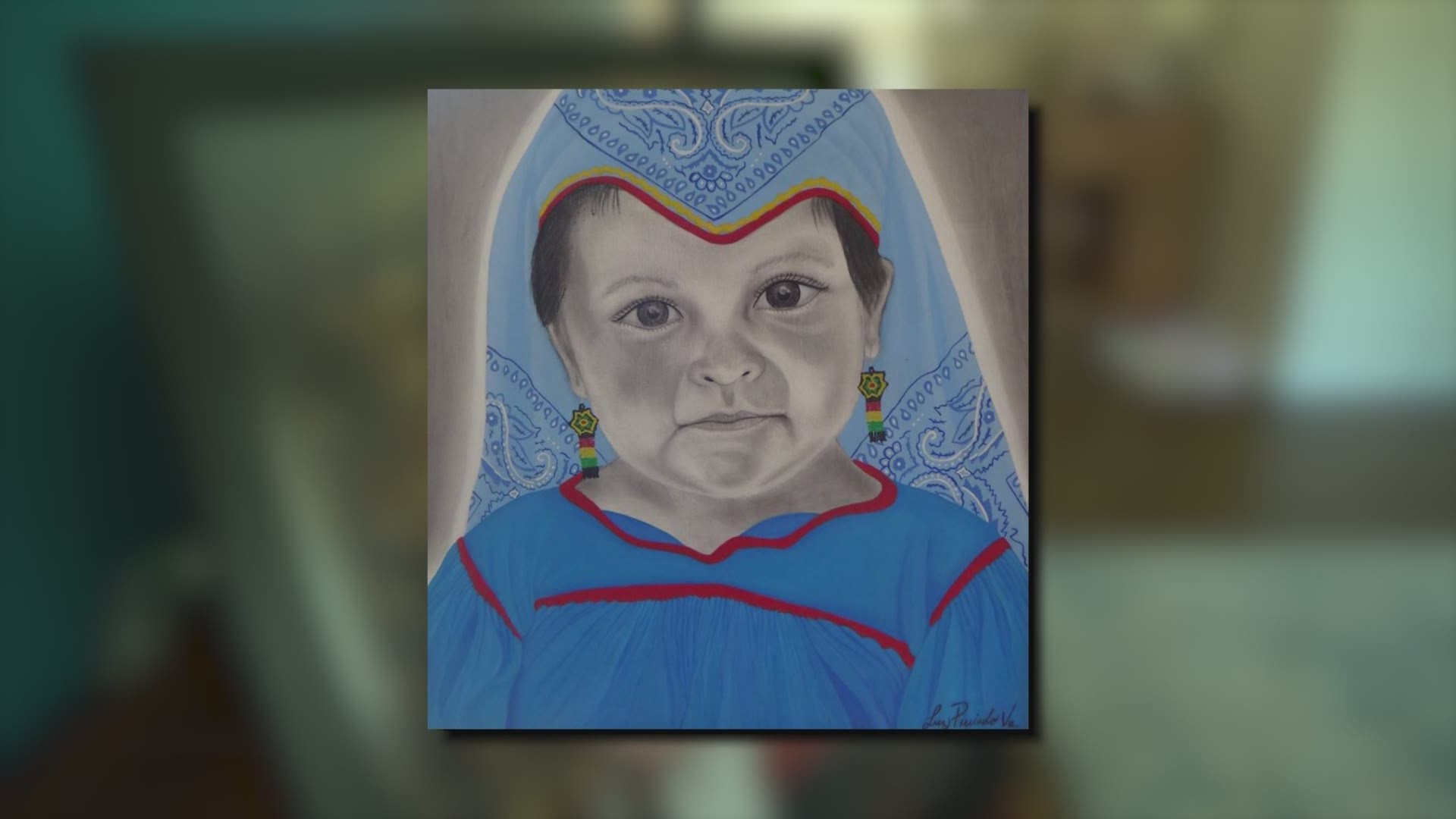 BEDFORD, Texas — A Tarrant County woman who mistakenly donated a prized family portrait to the Goodwill, is hoping to find the person who bought it and, either through an offering of good will or the motivation of a substantial reward, get the portrait back.

She'd made two piles when sorting through old posters and pictures at home: one pile to keep and the other to donate to the Bedford Goodwill on N. Industrial Boulevard.

But the wrong pile got dropped off by mistake. It included a painted portrait of her then 2-year-old son Connor. It was a gift from his grandfather, who commissioned artist Luz Preciado in Mexico to paint the 16 x 24 inch portrait.

"Mostly red and blue. It was in a big silver frame. And he has a bright red handkerchief around his neck," she said.

She does not have a photo of the portrait but did offer a similar example of the artist's work hoping that it will jog someone's memory.

Credit: Luz Preciado
Portrait similar to the one Sarah Ritchie is seeking. She donated it by mistake in 2018 and is now offering a $1,500 for its return.

When Ritchie went looking for it days later, a cashier at Goodwill told her she remembered it, but that it was already gone.

"She said it must have gotten picked up quick. Because it's not there now. And that was the end of it," said Ritchie.

But that was nearly three years ago. Social media searches have come up empty.

"I carry deep regret about the whole situation," she said.

And with that regret still eating at her, she's now offering a $1,500 reward to get the portrait back.

"Finding a lost donation is kind of like looking for a needle in a haystack," admitted Shay Dial Johnson with Goodwill North Central Texas, who said the organization received more than 52 million pounds in donations last year.

However, the organization still works with donors as best they can to recover what they donated by mistake.

"We have over 25 locations, and I would say almost every day someone has donated something that they did not mean to," said Johnson.

One recovery even included a pet albino python that hitched a ride in someone's donated sofa.

Goodwill North Central Texas encourages its donors to contact the store immediately if they think they have donated something by mistake, so that a search can begin immediately.

Johnson said they are grateful for donors who trust them to be good stewards of the donations that allow them to continue funding workforce development programs for at risk youth, the disabled, homeless and more.

Ritchie is asking anyone who bought a silver-framed portrait at the Bedford Goodwill in 2018 to look for the gray face of a 2-year-old with a bright red handkerchief around his neck. A devastated mom would very much like it back.

"It would mean the world," she said. "It would be hung up on my wall immediately not to ever be taken down again."