It was the first Black-owned hospital in Dallas built during the Jim Crow era to serve the Black community. 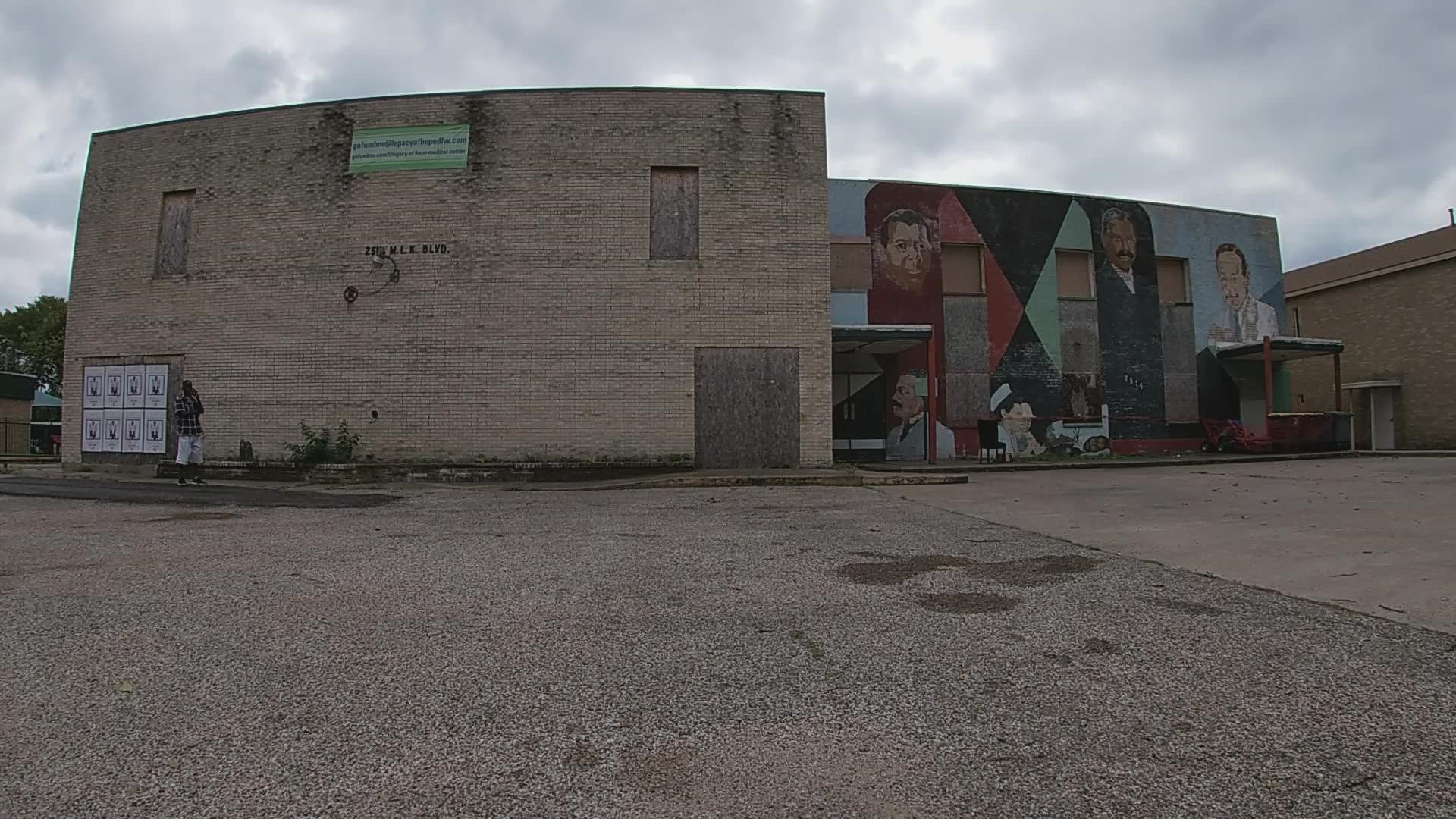 DALLAS — A Dallas doctor is trying to save a piece of South Dallas history.

It was once the only hospital where Black doctors could practice and Black patients were welcomed.

It’s been empty for decades, but now there is a movement to open the hospital doors again.

It was the first Black-owned hospital in Dallas built during the Jim Crow era to serve the Black community.

The outside is adorned with the paintings of doctors who opened it -- doctors who made little to help many.

”I mean these guys were probably paid with chickens and cornbread but they were happy they were proud of it. It was a big test,” said Dr. Morgan.

It opened in the heart of Fair Park and was called the Forest Avenue Hospital but Forest Avenue became MLK Blvd, named after the civil rights leader.

”It has a spirit of it’s own on so many levels this is worth restoring and keep it as a part of Dallas history.”

Over the years, the Black-owned hospitals across the state slowly closed.

”At this point all of those hospitals are closed and demolished. This is the last one standing to a lot of historical value,” said Dr. Morgan.

The hospital sat empty for decades until Dr. Michelle Morgan decided to buy it and fix it. The roof leaks, the inside is demolished and it will take millions to restore, but the foundation is strong.

If the walls could talk they would tell the stories of people who went to the hospital to be treated for everything from tuberculosis to giving birth. And that is the hope that one day this hospital will be reborn.

“We would love to have some type of urgent care type of facility as well.”

But, Dr. Morgan says she can’t do this alone and needs community help, and that’s where NiEtta Reynolds comes in.

She has her own podcast and is using her voice to help raise money for the hospital through charity events.

”All the funds are going to revitalize this wonderful piece of history,” said Reynolds.

She says as a native Dallasite she couldn’t let this hospital be torn down.

”This is a big deal to be able to help the community. Everybody deserves equal care. Doesn’t matter what your social economics are,” said Reynolds.

They want to get the hospital up and running by 2023. They hope by restoring the hospital that history will live on.

On Oct. 22, there will a Rollathon to help raise funds.