Roshunda Tilly was displaced from her Dallas apartment after an explosion at the Highland Hills complex on Sept. 29. 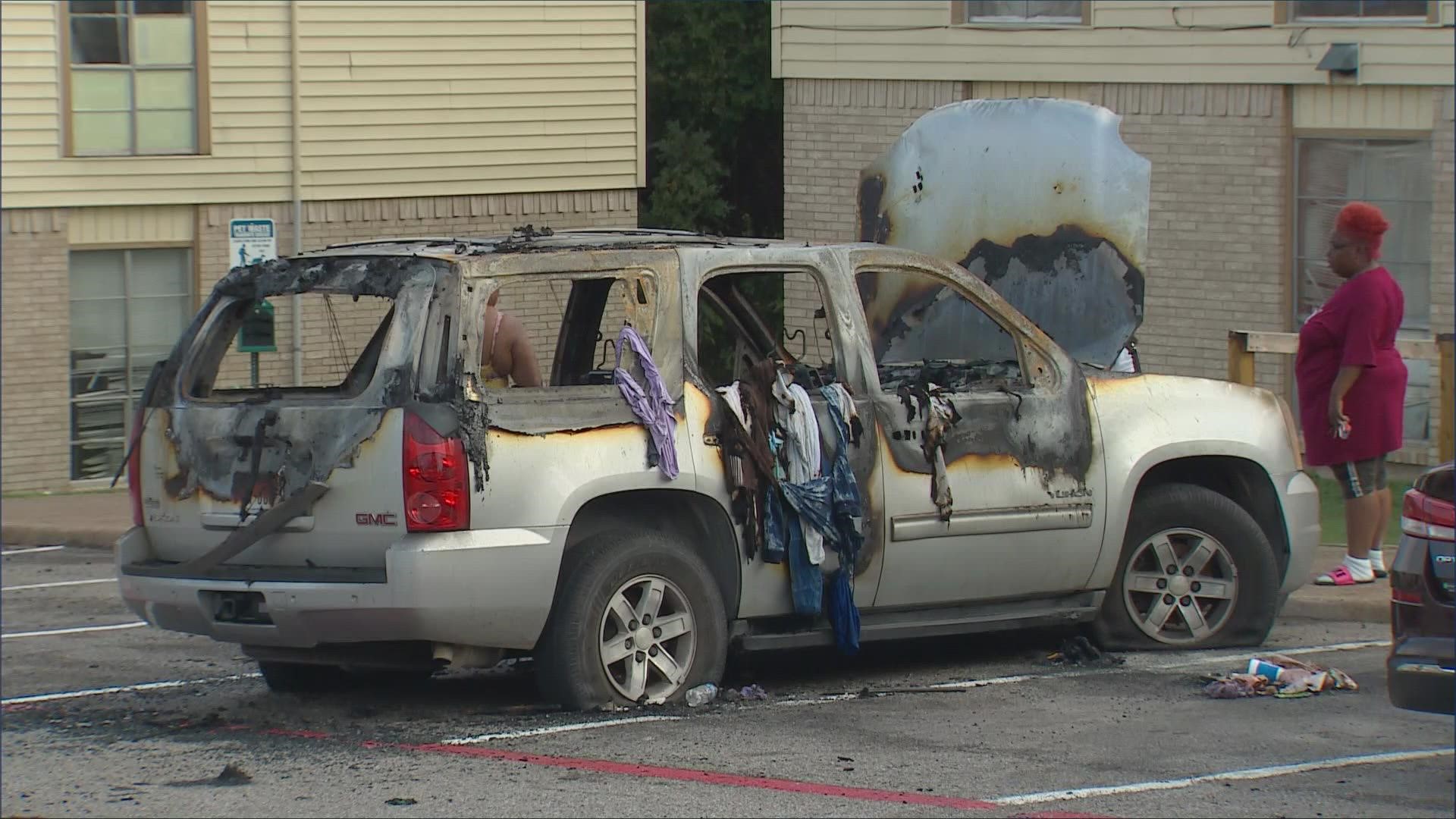 DALLAS — Thursday was another day with another unfortunate issue at the Highland Hills Apartments in Oak Cliff, where residents were displaced after an explosion last month.

This time, residents said, a vehicle was torched overnight.

"This is crazy," said Roshunda Tilly, who found her SUV burned.

Tilley said a neighbor called her while she was at work and she rushed home to see the damage.

On Wednesday, Tilly and other residents returned home to find their apartments ransacked and burglarized.

"They kicked my door in," Tilly said Wednesday. "Everything is gone."

Many of the tenants at Highland Hills are still staying in hotels due to damage from the explosion on Sept. 29. Atmos and other crews are still working on repairs to buildings in the complex after reports of a gas leak and explosion, which injured four firefighters and three other people.

Tilly's vehicle was burned just one day after she and the other residents reported the break-ins at their apartments.

They told police that television sets, jewelry, electronics and weapons were stolen. Tenants said they weren't sure whether the vandalism and SUV fire were in retaliation for neighbors speaking out about the burglaries, or a crime of opportunity.

Police were patrolling the area Thursday, and officers said the apartment complex had security. But Highlands Hills residents said they've only noticed security at a sister property across the street.

Property management has not commented on the incidents this week. Some residents said they just want to move on without penalty because they no longer feel safe.

“Nobody’s talking to [reporters], and nobody’s helping us," Tilly said. "The people that pay regular rent, cancel our contract. Let us go and just try to find us somewhere to go. Because if we’ve got to deal with this every day, I can’t do it."