DFW weather: Storms take out trees in many neighborhoods

There are downed trees throughout neighborhoods in North Dallas. Neighbors say the powerful winds lasted only 5 minutes, but did considerable damage. 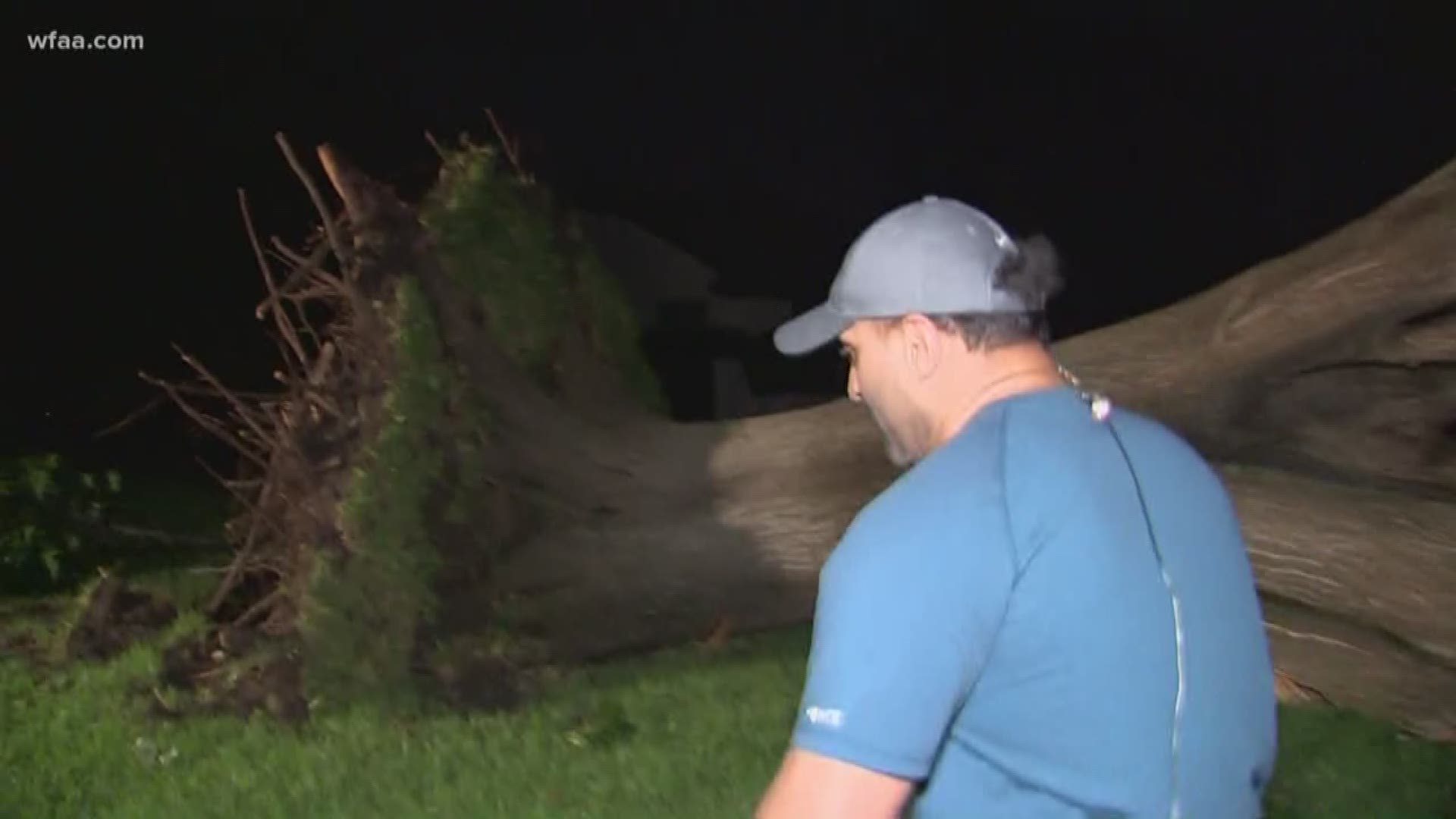 DALLAS — The storm rolled through DFW with such fury. Henry Mech was in his car with his dog when it passed over him. He said the flood water went up to the bumper.

Mech said the wind, however, was much stronger than the rain — and lasted for five minutes.

"I was in it, it was shaking violently," Mech said.

There were neighborhoods throughout North Dallas that saw damage. Namely, trees downed by the powerful wind gusts. The tree that stood in front of Scott Morrison's home slammed into his roof.

"It was really loud. We just [heard] 'Boom boom boom,' of branches falling down on the roof," Morrison said.

Morrison told WFAA that he had water coming into the bathroom. Thankfully he had nearly a dozen neighborhood kids come out to help pitch in and remove branches off the front yard.

Wilson Smitham did his best impression of a first responder. He spent the early afternoon clearing trees off the road that had fallen. He tied a rope from a downed tree to his 4X4 and drove the tree off roads that were either partially or fully blocking roadways.

"[The first responders] got more important things than trees to deal with so I figured I'd help out a little bit," Smitham said.

And then there were places where a "little help" won't cut it. Three sets of utility lines fell off Alpha and Hillcrest Roads. Also, a large 60-year-old Maple tree crashed into Rose Harp and Andrew Bone's home. Thankfully nobody was hurt, but the office upstairs was clipped by the tree on its way down.

"This is just a house. It's just a dwelling. I'm just so glad to be alive and to have my friends and neighbors safe," Harp said.

On Monday, prepare to hear the sound of chainsaws, because the clean-up will likely begin at first daylight.