"It's an honor for us to be able to do something like this and help our country and the people who are in need," said Bruce Birnbach of American Leather Holdings. 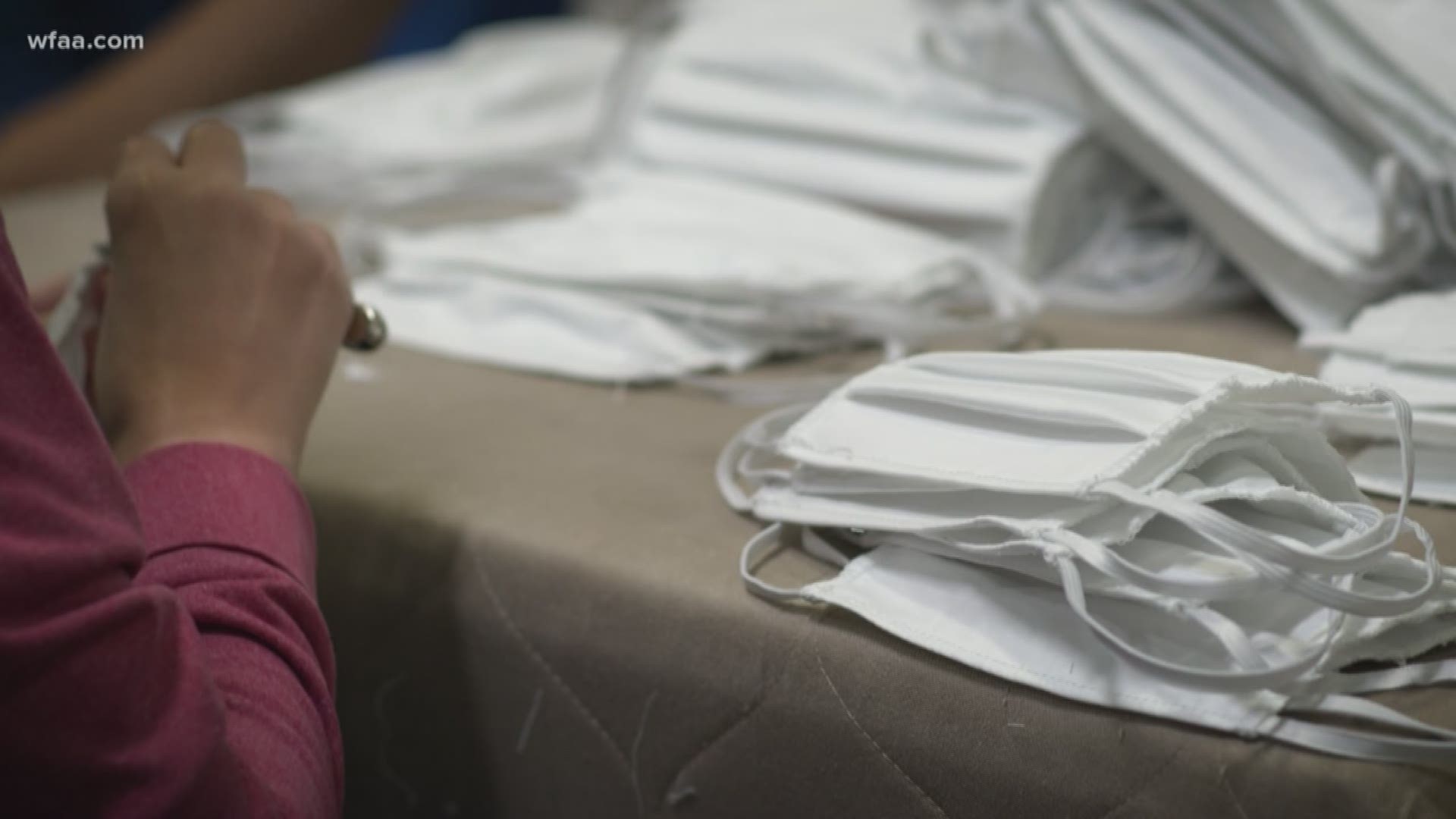 DALLAS — More local companies and volunteers are helping solve the medical mask and protective equipment shortage as the CDC considers recommending that the general public should wear them too.

"Our first goal was, 'Can we keep operating this business and keep giving them the chance to take care of their families,'" he said of his 1,500 employees in the DFW area and in Charlotte and Greensboro, N.C.

Birnbach says his Dallas team was able to deliver 4,000 masks and gowns to Baylor Scott & White just on Wednesday alone. The goal is to ramp up production to be able to produce 20,000 federally approved masks and 5,000 gowns a week for local distribution and for FEMA.

"It's an honor for us to be able to do something like this and help our country and the people who are in need," he said.

The protective equipment they are producing is specifically for the medical professionals who so desperately need them. But what about the rest of us in the general public? Current CDC guidelines still say to wear a facemask only if you are sick or caring for someone who is sick, and that "facemasks may be in short supply and they should be saved for caregivers."

"Well, I think they're going to be coming out with regulations on that," President Trump said at a Wednesday evening White House news conference, suggesting that the CDC guidelines may be changed specifically in reference to the hardest-hit cities like New York, Los Angeles and New Orleans.

"Now a recommendation is coming out, we'll see what that recommendation is," Mr. Trump said. "But I will say this, they can pretty much decide for themselves right now," he said of the general public.

Places like Laredo, Texas have already decided. The city council this week —wearing masks while in session — says to wear a mask covering your mouth and nose in public, or face a $1,000 fine.

RELATED: Wear a mask or face a fine: Texas town says you have to cover your mouth, nose when you leave home

As for businesses, Target says it will supply its more than 350,000 team members in stores and distribution centers with gloves and face masks to wear to work.

RELATED: How 10 grocery stores in Dallas have changed in the coronavirus pandemic

As for the rest of us, it is still optional, according to medical experts, as American industry rushes to keep up with an ever-growing demand.