DFW Airport to screen for coronavirus

The airport is one of 20 across the U.S. that has been chosen by the Centers for Disease Control and Prevention to screen flights from China. 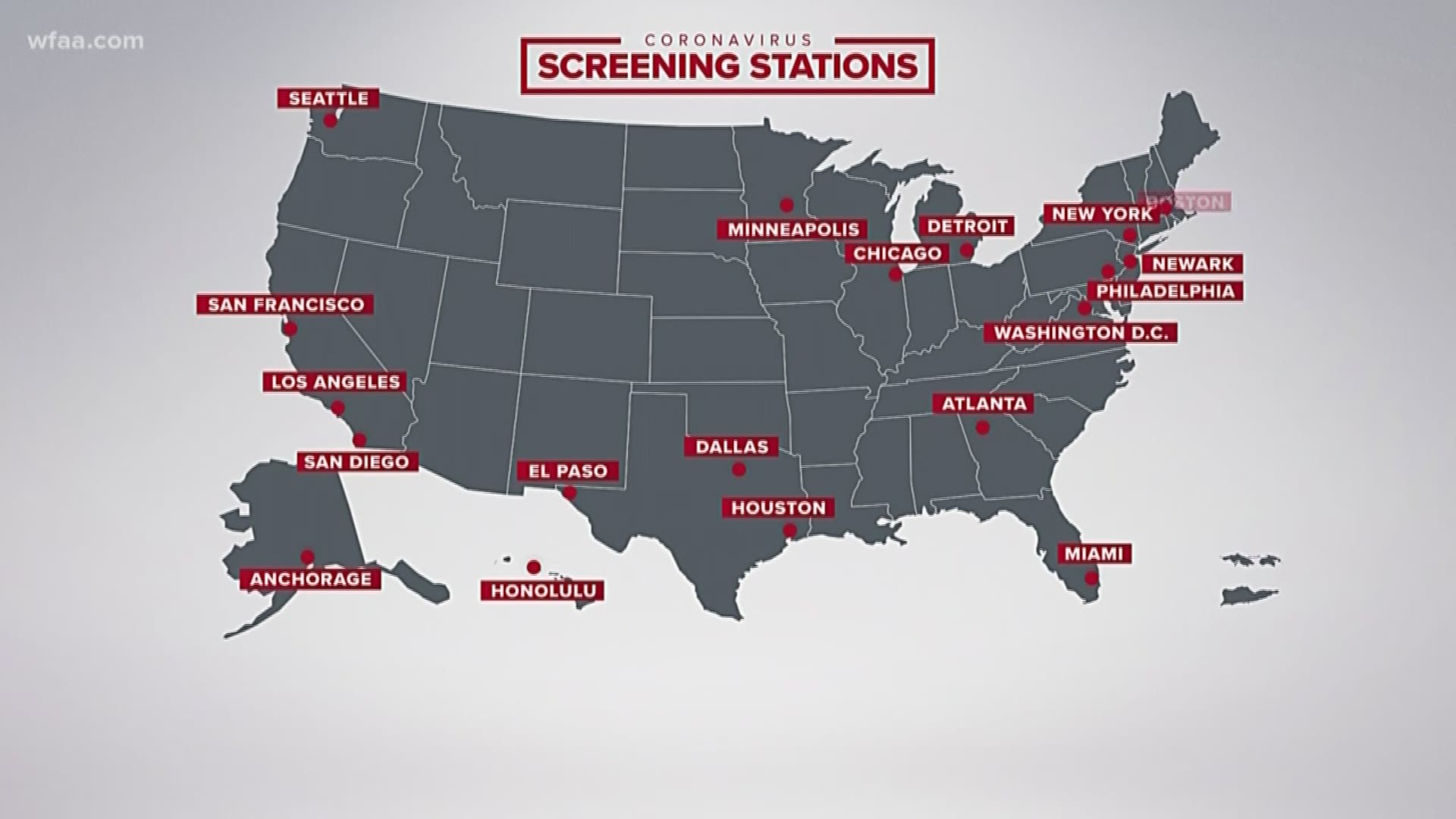 Updated at 1:26 p.m. with information from American Airlines.

DFW Airport will begin screening passengers arriving from China for possible symptoms of 2019 novel coronavirus, according to airport officials.

The airport is one of 20 across the United States that has been chosen by the Centers for Disease Control and Prevention to do so.

A team from the CDC will be monitoring passengers for any signs of illness and passing out educational materials, according to DFW Airport spokesperson Bill Begley.

But, as of now, according to the CDC, 18 of those airports are staffed. Dallas and Boston are not.

Begley said the CDC will oversee the monitoring program at DFW "as soon as their team is in place."

One flight is scheduled to arrive from Shanghai at 5:15 p.m. at DFW.

American Airlines officials said the airline has expanded its travel waiver to give customers flexibility with their travel plans to Beijing and Shanghai.

The airline also is allowing flight crews to wear facemasks on flights to the two cities and to Hong Kong even though the CDC has not recommended this.

The U.S. has so far had five confirmed cases. All of the people diagnosed had recently traveled to China.

Thousands have been sickened by the virus in China, and more than 100 people have died as a result.

There were 1,771 new cases confirmed in China just on Monday.