Tricor Homes is asking the City to rezone a 45-acre lot in order to build The Village of Eagle Ford. Some neighbors say they have concerns about the housing plan. 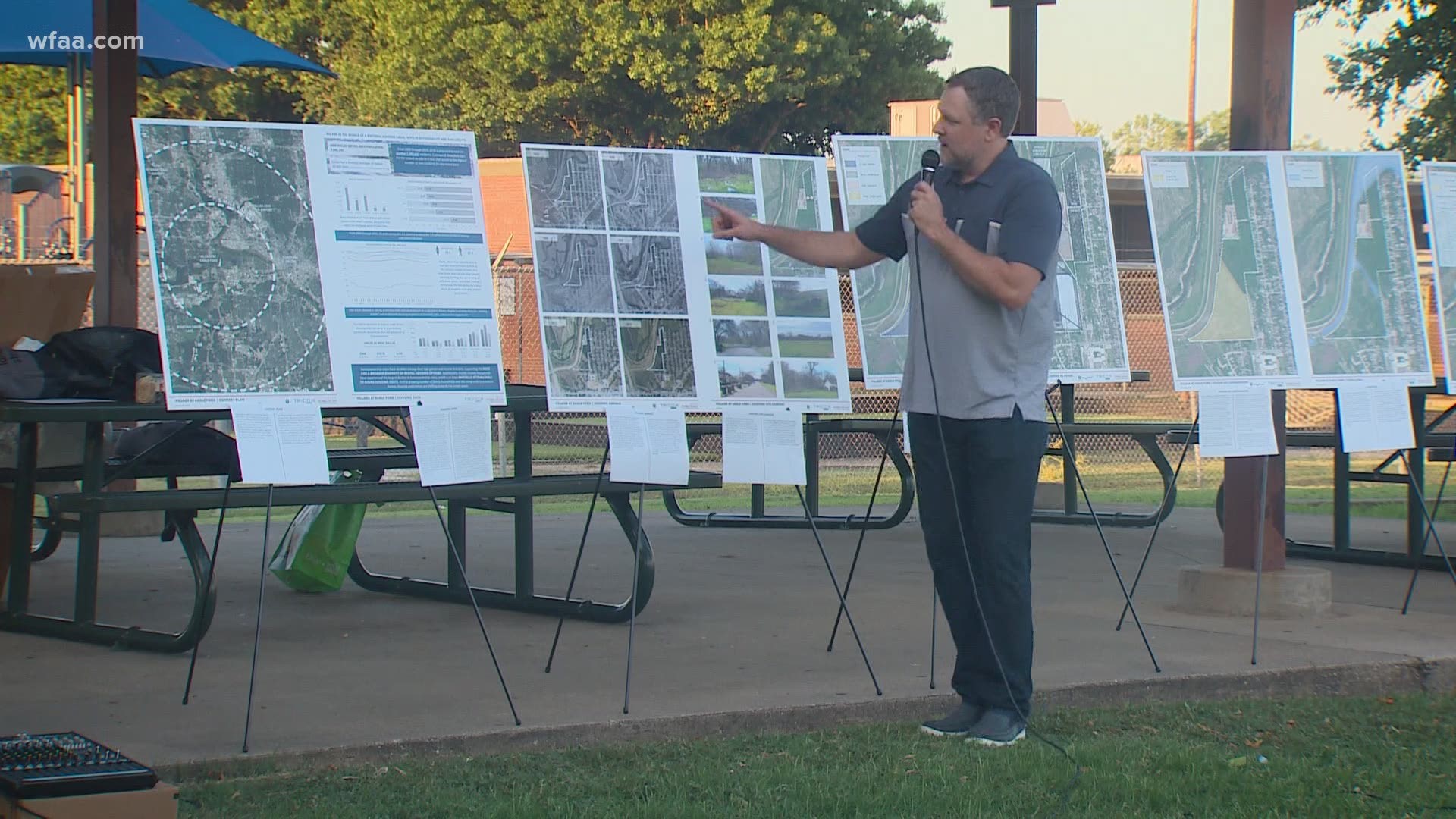 A proposed housing development planned for an area in far West Dallas has some neighbors concerned and asking questions.

Representatives from Tricor Homes held a meeting with residents from three neighborhood associations on Thursday. That meeting was held on the basketball court outside Jaycee Zaragoza Recreation Center, with chairs spaced apart for social distancing.

Joel Thomas, director of development for Tricor Homes, led the meeting. He says the project is called The Village at Eagle Ford.

Thomas explained the developers are working to rezone a 45-acre site at the northwest corner of Gallagher Street and Iroquois Street from light industrial to clustered homes. The group told neighbors they want to build about 300 one-story homes that will blend with the existing neighborhood. Thomas said the homes would be farm-style modern structures.

“We definitely need to see how we can get this possible development to be more signature to the community,” said Raul Reyes, president of the neighborhood association coalition West Dallas One.

Henry R. Martinez, Jr. is president of the Ledbetter Neighborhood Association. He is among those neighbors on the fence about the proposed housing development.

"This is an historic community. People are not used to other developers coming in and taking over,” said Martinez.

Several neighbors are voicing concern about the aesthetics, access and potential pricing.

"The bottom line for us, is that we need affordable housing, and we still need home ownership to address some of the issues,” said Reyes.

Others said they are also worried about gentrification and the possibility of being pushed out. They are trends residents claim they have seen happen to families in other areas of West Dallas under re-development.

"We’re being sandwiched between Trinity Groves, and now this,” said Martinez.

Neighbors say they will continue discussing the rezoning and project plans with the developer and their city councilman.