Peggy Wright was tied up and her home set on fire by a woman who was looking for money. Detectives hope a composite sketch will lead to her killer. 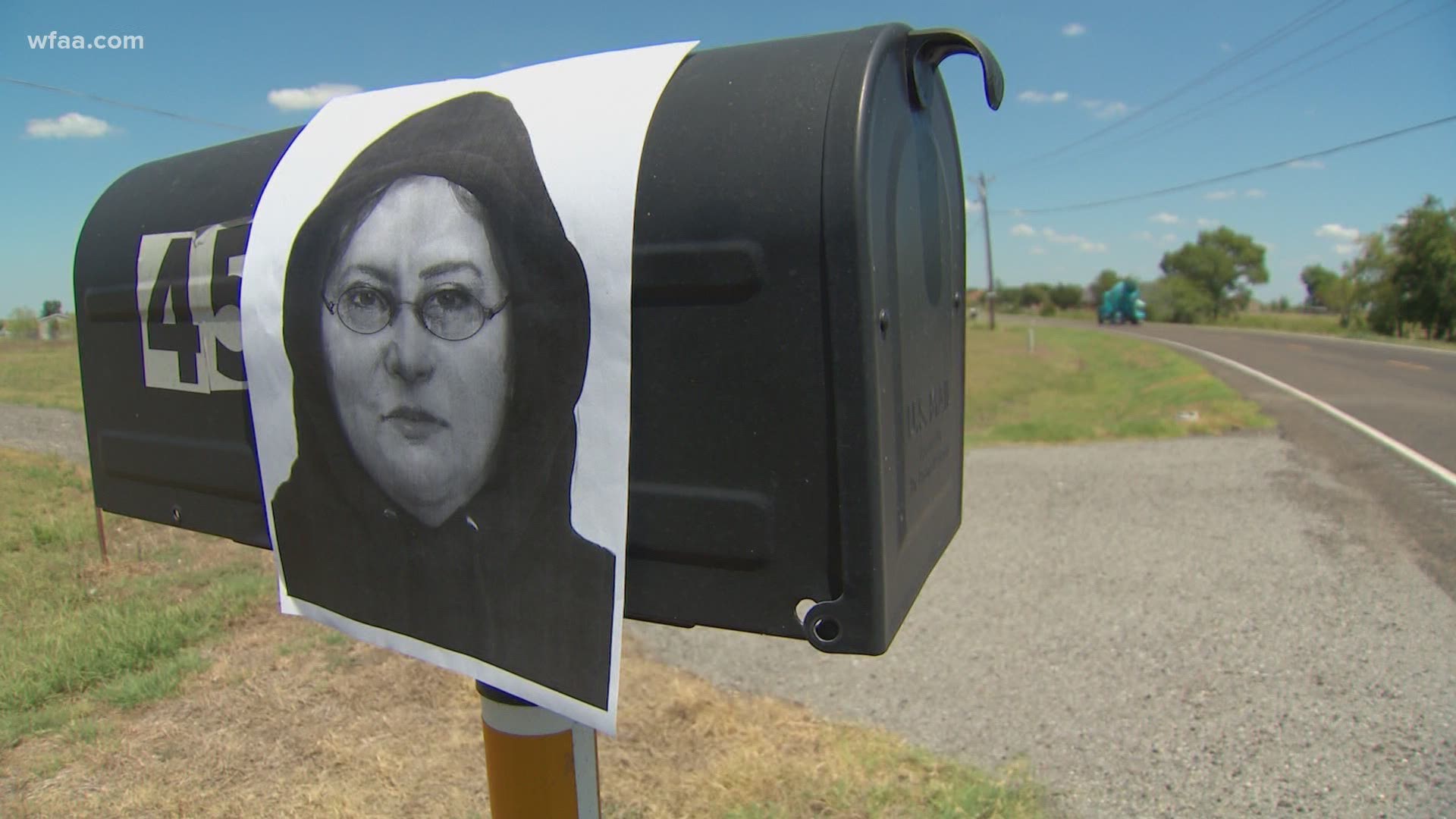 CRANDALL, Texas — Kaufman County Sheriff’s investigators say they need your help to catch a killer. They have run out of leads and hope that a detailed sketch will help lead them to a woman who they say robbed and tied up her victim and then set her house on fire.

“It's weird. The house is gone, but it's weird that it happened in the first place. It's been a nightmare,” said Vicky Wages.

Wages says her mother, Peggy Wright, moved to the country in Kaufman County because she wanted to live somewhere peaceful and quiet.

“She loved the peace and the quiet,” Wages said.

Wages said that peace was shattered when evil showed up at her mother’s back door.

"She was never worried about anybody coming in her house or robbing her or anything like that,” Wages said.

"She was up and had her lunch and her coffee and was heading out the door when the lady attacked her,” Wages said.

Police say a woman with a gun confronted her, tied her to a chair, stole her purse and then set the house on fire. They believe she was targeted.

"I have no doubt that someone knew a pattern with Peggy when she would leave for work, when she would come home,” said Kaufman County Sheriff’s Department Detective Jimmy Weisbruch.

Wright lived for months after the attack but died from her injuries in April. She was 78 years old.

Before she died, she gave detectives a detailed description of the suspect.

They came up with a detailed composite.

Detectives believe someone out there knows who the suspect is.

"They know this diabolical person is out there. They know what they have done,” Weisbruch said.

Police believe the suspect knew the area and possibly knew the farm roads around Crandall.

"Or had some kind of money issues before the robbery took place and if they kind of disappeared after the robbery or kind of laid low,” Weisbruch said.

Wages gets emotional as she talks about her spunky mom who loved life and loved her family.

"She would be proud we are doing this. She knows we are not going to give up because she was a fighter and we are too,” said Wages.

Police say there is a $15,000 reward to help catch the suspect. Wright's family says they fear the woman will strike out again and hope they catch her before that happens.