Pastor Robert Jeffress encourages masks: "As Christians especially, we’re supposed to be concerned not just for ourselves but the well-being of our weaker brother." 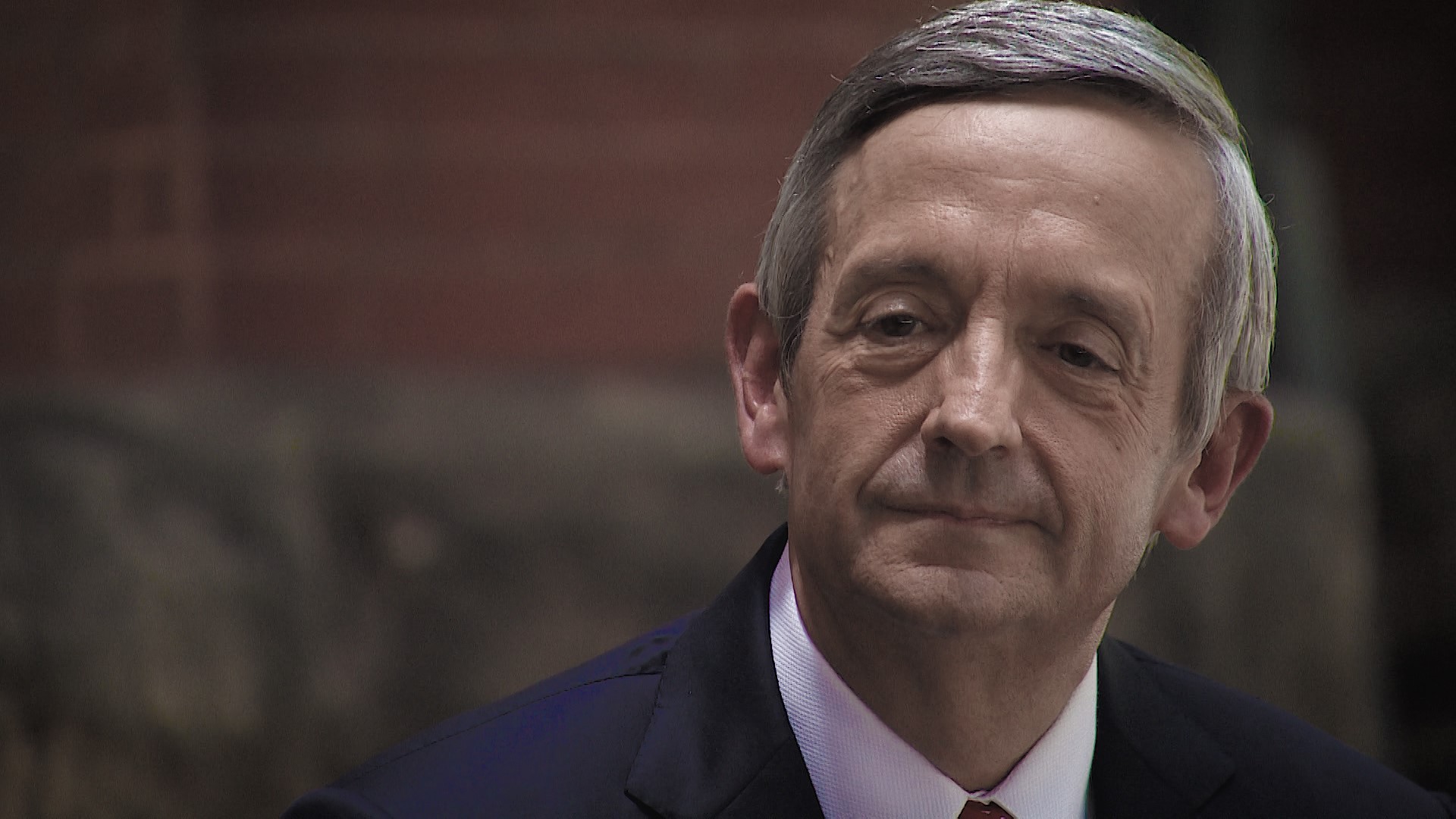 DALLAS — First Baptist Dallas has been planning its “Celebrate Freedom Sunday” with Vice President Mike Pence as the headliner guest for more than a year.

But with a pandemic raging and coronavirus cases surging across Texas – especially in Dallas – the church faced a question: cancel or move ahead with plans?

“We didn’t want to cancel,” said Pastor Robert Jeffress. So, the service is being held, but with efforts to “mitigate the risk of being together.”

The church will be operating at about 70% capacity, which equates to about 2,200 people inside the main sanctuary where Pence will speak.

Another 1,500 to 2,000 people are expected to watch via video streams in overflow rooms throughout the six-block campus.

He knows some people believe masks infringe on their freedom.

“I tell them, I tell them that’s ludicrous,” he said. “There’s nothing political about wearing a mask. It’s a medical issue."

“I think people who have common sense realize a mask doesn’t only protect them, but it protects those around them as well,” he said.

“And as Christians especially, we’re supposed to be concerned not just for ourselves but the well-being of our weaker brother. In this case - those who might be more susceptible to the virus.”

Jeffress said he will wear a mask when he interacts with the congregation and while in his church’s hallways, but he won’t wear one while speaking.

He said he understands why the vice president and president don’t often wear masks, and he’ll leave it up Pence to decide if he wants to wear one while in Dallas on Sunday.

“[Vice President Pence and President Trump] are in a unique situation,” he said. “They’re tested regularly. They’re surrounded by people who are tested regularly. And I understand all of the complexities of what they’re doing. But I think the smartest thing for us, the normal laymen, to do is to wear masks.”

Jeffress said Pence’s visit to Dallas – a coronavirus hotspot – is appropriate, even as people who live in Dallas are being urged to stay home.

He said he was invited to the Sunday morning service but will not attend.

“We’d all be better served if those who are leading the response were at their desks working their butts off instead of having political rallies, quite frankly," Jenkins said.

Late Friday, the White House released a schedule for Pence's visit showing he will attend a briefing at UT Southwestern Medical Center Sunday afternoon, after the service at First Baptist Dallas.

Dr. Deborah Birx, the coronavirus response coordinator for the White House, is expected to accompany Pence.

A pandemic is not the only problem that will greet them in Texas.

Jeffress acknowledged the racial strife facing America and said he had talked to his congregation about racism in the last few weeks.

“God hates racism. To hate a person because of their skin color is to hate the God who made them,” he said. “God also hates lawlessness. There’s nothing wrong about peaceful protesting, but anarchy is wrong and contradicts scripture.”

“Unless we deal with that root problem of people’s relationship with God, to try to solve racism from that is like trying to cure cancer with a band-aid.”

Several local churches have hosted speaker series inviting members of different faiths and races to share their experiences with racism.

Jeffress pointed out Housing and Urban Development Secretary Ben Carson, who is Black, will visit the church with Pence on Sunday.

“A non-Christian would never fill our pulpit because he has absolutely nothing to offer when it comes to telling people how they can experience that life change that only comes through faith in Jesus Christ,” Jeffress said.

“To be in our pulpit you have to believe faith in Jesus Christ is the only way to eternal life and anyone who believes that is welcome in our church.”

Jeffress is an unwavering supporter of the Trump administration. When asked if anything has given him pause over the last four years, he answered, “Not a thing.”

The church took reservations for seats inside the sanctuary to see Pence, but Jeffress said there could be room for people who didn’t make reservations.

“We have plenty of seats for people,” he said.

“I think it will be a very positive thing to remind ourselves of God’s faithfulness and blessing upon our country.”