Neither Love Field nor DFW Airport has had any layoffs since the coronavirus made it to America. But leaders say things need to change soon to keep it that way. 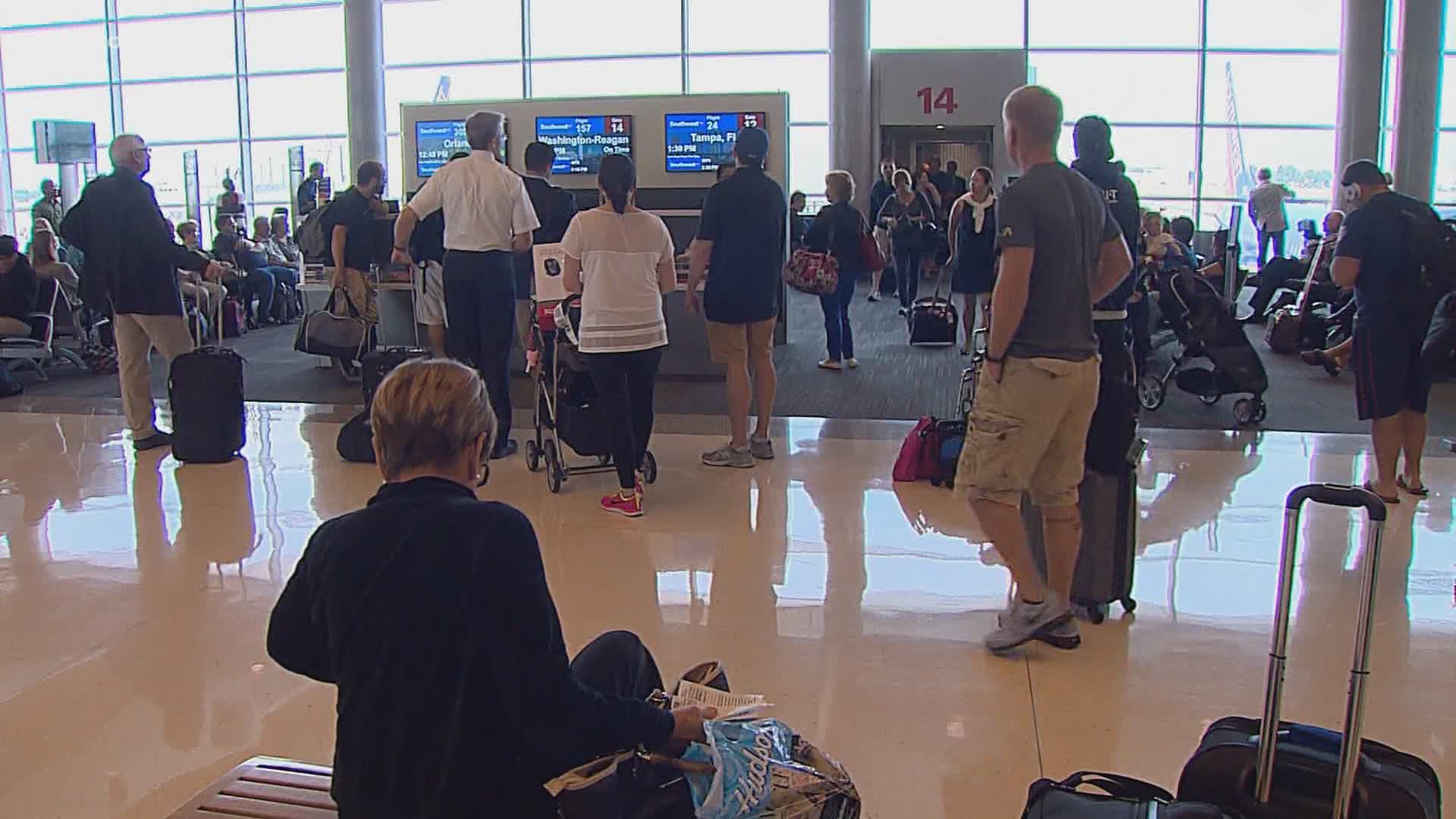 While major airlines are facing major losses due to the pandemic, Dallas' two main airports are finding a way to get by.

Dallas Love Field and DFW International Airport have had any layoffs since mid-March. This comes at a time when American Airlines and Southwest Airlines have reported billions of dollars in lost revenue.

"If things don't improve, we're going to have to continue to take further measures," Duebner said. "The big unknown is what's going to happen in 2021 and how quickly is the traffic going to come back?"

Duebner said Love Field is currently getting about 35% of its normal traffic they would have around this time. That percentage hovered around 10% in mid-March when the COVID-19 virus started to hit the United States.

"There are so many unknowns," Duebner said. "You have a plan and things change."

Love Field has also cut out about $30 million in expenses since there are fewer people at the airport day-to-day.

So, for example, contracts with certain vendors, security and maintenance have been adjusted so the workers don't come to the airport as often.

In April, DFW Airport's CEO Sean Donohue said the coronavirus was the "single greatest disruption in modern aviation" and had impacted air travel more than 9/11.

The airport reported it currently has $968 million in unrestricted cash and investments, according to Senior Manager Bill Begley. That would be enough to cover expenses for 729 days, if necessary.

DFW Airport has suspended several capital projects, with an estimated savings of $100 million, according to Begley.

While fewer people are flying into and out of Dallas right now, Dallas Regional Chamber Senior Vice President Mike Rosa said the business world is a different story.

"We may not see it and we may not be able to trace it, but I guarantee you that none of us are escaping the impact on our airlines," Rosa said.

Rosa said of the 80 businesses the chamber is working with to move to Dallas, 30 of those started the process from mid-March to now.

"It has been consistent and even a little bit enhanced," Rosa said.

Since both Dallas airports are located near the middle of the country and can provide many direct flights to American cities, Rosa said that has played a part in businesses looking to move here.

"Air transportation and the ability to get here to and from is a big piece of it," Rosa said.

Duebner said the main focus for his staff is cleanliness and making sure customers can trust Love Field's airport and planes.

"If you're comfortable going to the grocery store, you should be equally comfortable coming to the airport and taking a trip," Duebner said.

Duebner also said Love Field usually brings in about 16 million passengers a year. The goal is to get to 8 million by 2021, a mark the airport functioned at in 2013.

"We think we have a pretty good sense of where we need to be on levels of personnel and contract costs and service provision to be an 8 million a year passenger airport," Duebner said.

The next step for Love Field is to get back to 16 million passengers a year by 2023.