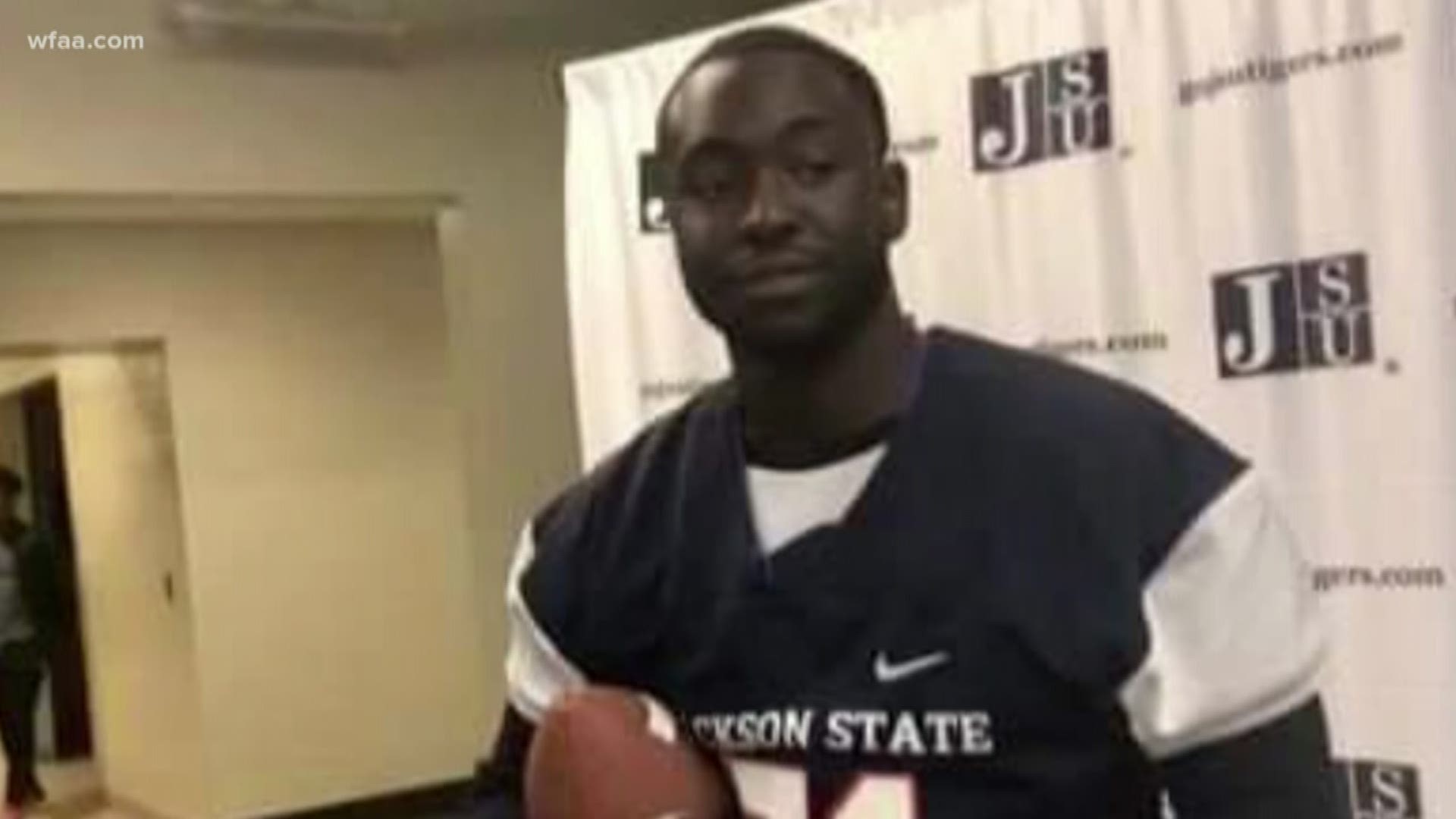 DESOTO, Texas — It has been an emotional week for students, coaches, teachers and staff across DeSoto Independent School District. Just days ago, they were excited, celebrating graduation for the Class of 2019.

On Tuesday, they were grieving the loss of one of those graduates.

Video on social media shows 17-year-old Leroy Hawkins was all smiles as he walked across the stage to receive his diploma.

”He was the happiest person in there,” said his friend and football teammate Champ Mathis.” If you just look around, you could see where Leroy is because of his smile. His smile would light up the whole room.”

Tragically, things changed on Tuesday morning. Hawkins was gunned down in a parking lot on the 300 block of N. Akard Street in Dallas.

Dallas Police say Hawkins was shot multiple times. He was found in the passenger seat of a parked car.

”You don’t want to see that happen to nobody’s child," Mathis said.

Mathis and his son, Champ, are among a community of people grieving right now. They describe Hawkins as an ambitious athlete who worked hard on and off the field. Hawkins earned a Division 1 football scholarship to Jackson State University. The teen was excited about his future.

”Everybody was happy for Leroy, because he was fixing to get out of DeSoto and do something great. And, unfortunately, his life got cut short," Mathis said.

As police continue investigating the teen’s murder, many people who knew Hawkins are sharing memories across social media. A former chemistry teacher wrote, “I really truly believe he had a bright future ahead.”

”It needs to stop,” Champ Mathis said. “It’s been too many deaths going around in Dallas lately, and this one touched home. It just needs to stop.”

DeSoto ISD staffers say they have been in contact with Hawkins’ family. Funeral arrangements have not been finalized.

The Dallas Police Department is urging anyone with information about the homicide to contact Detective Scott Sayers at 214-671-3647 or by email: scott.sayers@dallascityhall.com. Police ask you refer to case no. 111602-2019.