The Denton Police Department says it is focused on training officers to recognize biases, screening new recruits, and intervening with fellow officers. 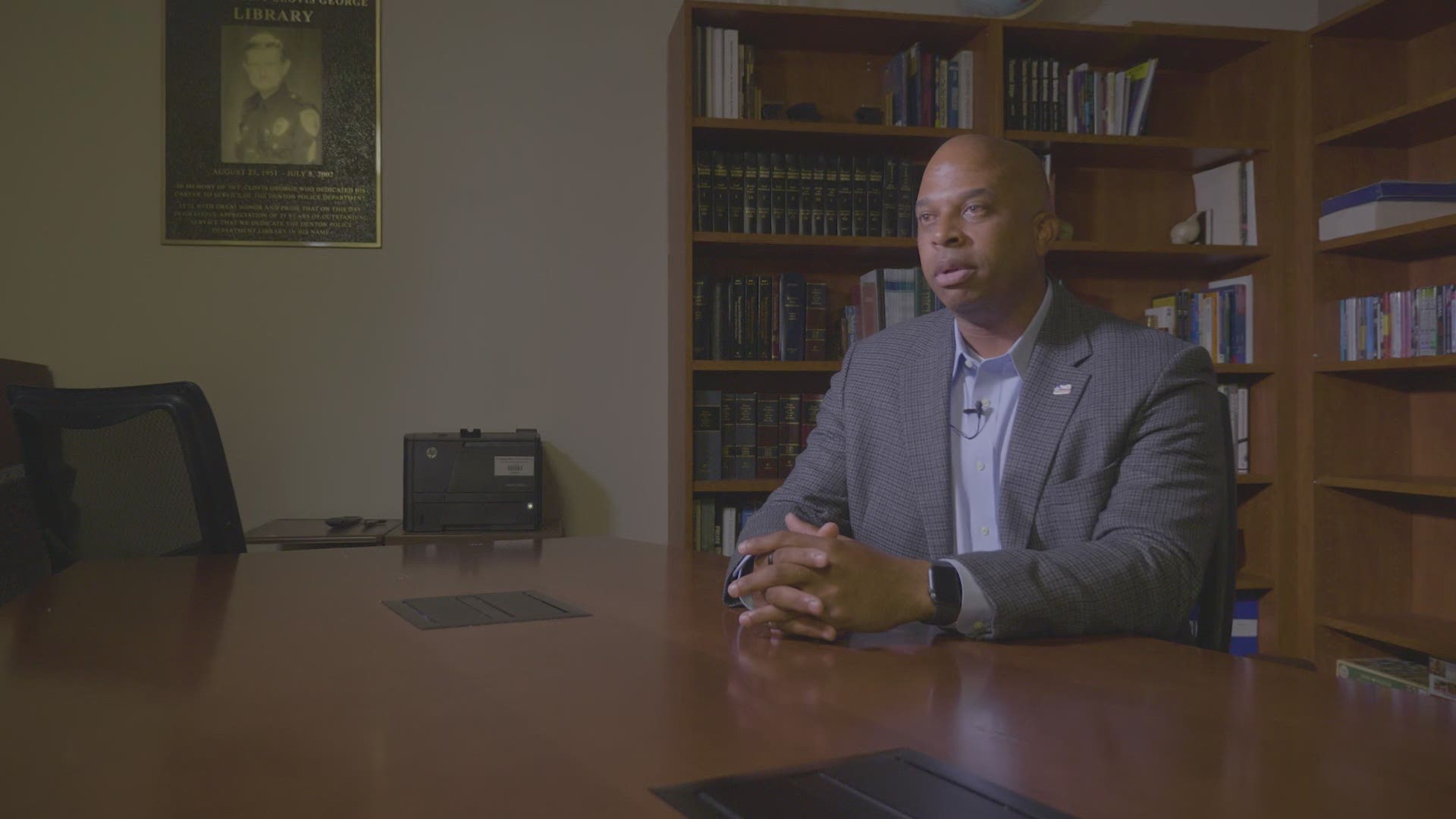 ”I think like the rest of America and most police leaders I know, my heart sank,” said Chief Dixon.

I asked Dixon if he thought it changed policing in this country.

How police are trained

Chief Dixon said he brought in outside trainers to teach fair and impartial policing to his department.

He also asked supervisors to meet with officers on a regular basis to try to identify problems early on.

Officer Rachel Valarezo is a 10-year veteran who worked as a field trainer with Dallas police and is now an officer and trainer in Denton.

”We do have fair and impartial police training that we have which basically talks about officers’ biases and how to deal with that and not let that effect how they perform on the streets,” said Officer Valarezo.

They acknowledge that almost everyone comes in with biased opinions of others. But the goal is to train officers to recognize those.

“Basically, just being aware of the biases you do have and that’s the big part of how to train yourself not to have them,” said Officer Valarezo.”

Chief Dixon said there is also a greater focus on who is hired. They want to weed out applicants with racists pasts or tendencies before they get on the force.

“Because you can train someone but what you can’t train out of anyone is a bad heart and bad intent," said Dixon.

The department is doing deeper investigations into applicants' social media accounts and interviews with past employers. Dixon said he personally interviews every applicant.

“I ask them, 'Why now, why want to be a police officer now?' and it’s because they want to give back and still want to serve and that speaks highly of the future of the profession,” said Dixon.

Among the new recruits is Paul Ramos. He hit the streets in Denton in December.

”I am fully aware that the temperature out there is a little high when it comes to law enforcement and I knew that going in to it but I feel this is where I need to be, I feel like I bring a positive change to at least where I am working,” said Officer Ramos.

One of the biggest concerns after Floyd’s death was why officers did not intervene to help him. Denton police say they are training officers not only to deescalate a situation but also to intervene if they see a fellow officer doing something wrong.

“You would be obligated to address that with them,” said Valarezo.

Ramos said it's part of the training he embraces.

“It’s absolutely my duty to jump in and say something. At least let’s slow it down, let's reassess and see what is going on, “ said Ramos.

Dixon said he knows what every chief knows, that someday his officers might be involved in a deadly force situation.

Denton had its own controversial shooting when officers shot UNT student Darius Tarver in early 2020. Tarver’s family said he was going through a mental health crisis and needed help. When police confronted him, he was armed with a frying pan and a meat cleaver.

An internal investigation found officers did not violate department protocols or training during the deadly encounter, and a grand jury did not indict the officers.

Dixon did released the body camera shortly after the shooting.

“A very wise leader, a well-known leader says that things are bad don’t get better with time. They only get worse. The longer you hold on to that information the worse it’s going to look when it finally comes out,” said Chief Dixon.

The chief, the trainer and the recruit all agree there is still work to be done, especially when it comes to health relationships in the community but say they are taking the steps to bring about needed change.