"I was using a lot of alcohol and drugs," Antonio Cosme said. "I didn't know how to deal with some of the things I brought back from Afghanistan." 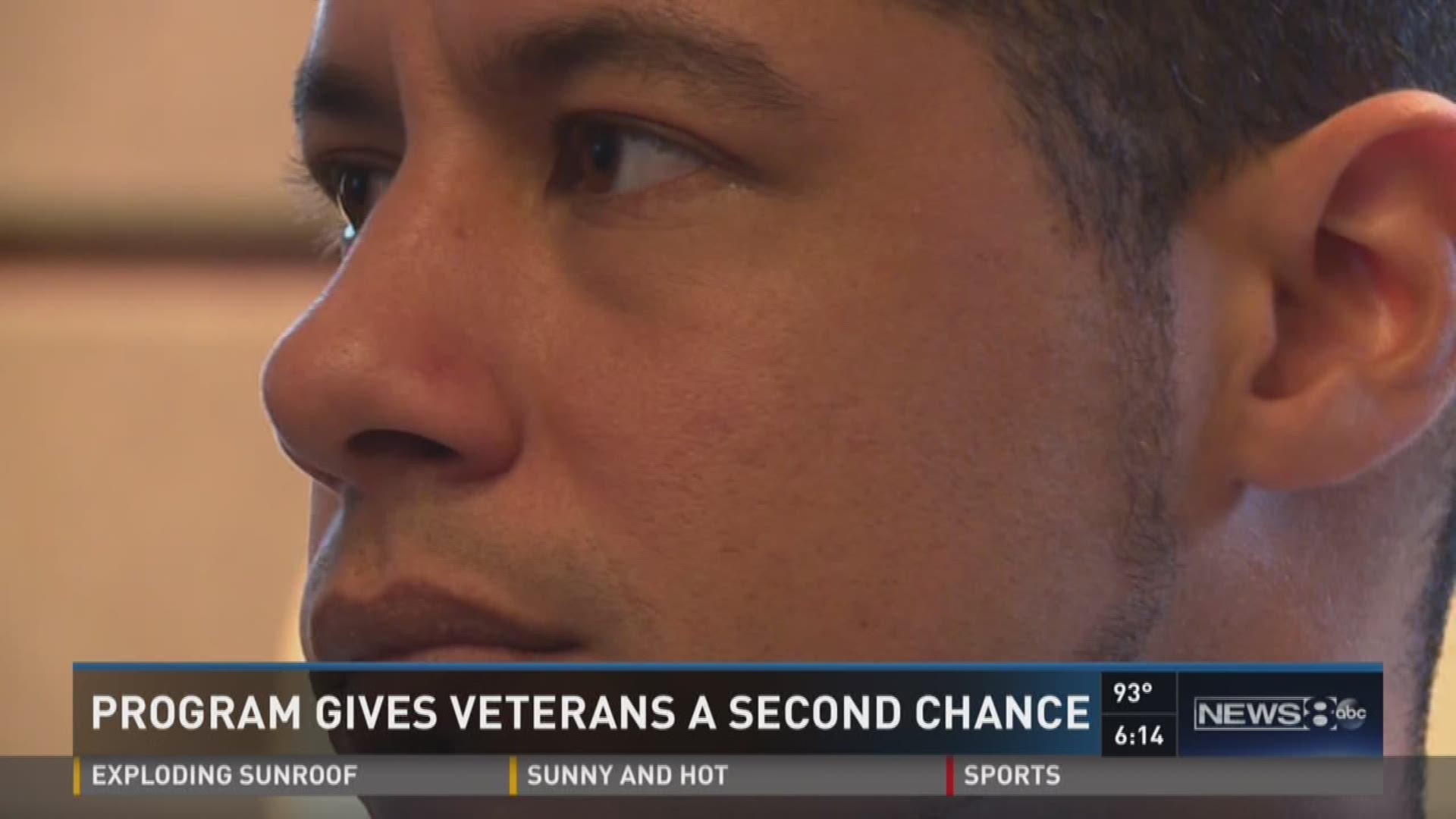 "It seems surreal," he said.

The Army veteran wore a crisp, blue dress shirt and a smile during his Veterans Treatment Court Program graduation.

"I have all the things I should have had before," Cosme said.

It's a stark contrast from more than a year ago, when he was sitting in a jail cell.

"I was using a lot of alcohol and drugs," he said. "I didn't know how to deal with some of the things I brought back from Afghanistan."

Cosme was joined by eight other veterans with similar stories.

Judge David Garcia addresses the other graduates of the program, who did not wish to be shown on camera.

The nine veterans make up the graduating class of this years Veterans Court program.

Mentors, like Ginger Simonson, helped them rehabilitate and avoid jail time after they were arrested for various crimes.

"Now they are the resilient warriors that they once were when they served," Simonson said.

This isn't considered any easy way out. The program can be a lengthy process, lasting anywhere from six months to three years.

Cosme was skeptical at first, but after confronting his problems with drugs and alcohol, then receiving post traumatic stress counseling, he believes he's a better man.

"I was at a very turbulent point in my life," Cosme said, "and this gave me the opportunity to turn things around."

A photo of&nbsp;Antonio&nbsp;Cosme from his time in the Army.