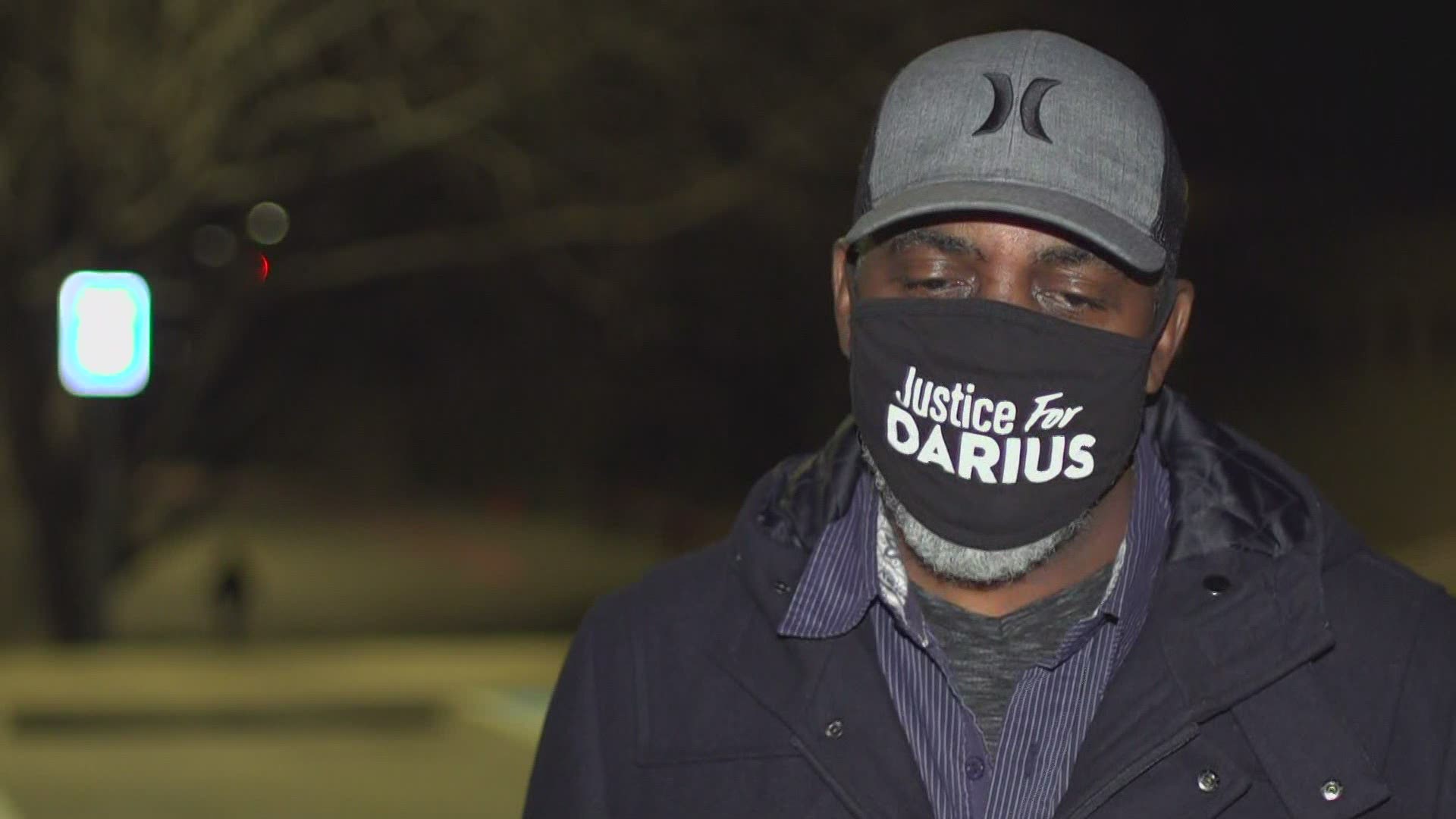 DENTON, Texas — Editor's note: The above video is from March 2021 after a Denton County jury declined to indict an officer involved in the shooting of Darius Tarver.

"In keeping with the highest level of openness and transparency, I asked the Federal Bureau of Investigation to review the officer-involved shooting of Darius Tarver," Dixon wrote in the statement. "The FBI’s Dallas Division, the U.S. Attorney’s Office for the Eastern District of Texas, and the U.S. Department of Justice - Civil Rights Division have all independently conducted a review of the facts in this case and have determined that a violation of federal law (Civil Rights violations) did not occur."

Tarver, 23, was shot and killed by police officers on Jan. 21, 2020 outside his apartment at a student apartment complex in Denton. Police told WFAA that the night of the incident, officers responded to calls of someone acting erratically at the Forum at Denton Station apartment complex on Inman Street.

Authorities said Darius had a frying pan and a meat cleaver in his hands the night of the shooting, didn’t obey commands and charged at officers after being tased.

In April, The Denton Police Department announced that an officer who fatally shot Tarver will not face disciplinary action after an Internal Affairs investigation determined that department training, procedures and policies in place at the time were followed based upon the totality of the circumstances on the scene, the department said.

In March, a Denton County grand jury issued a no-bill to the officer involved in Tarver's death. The family's lawyer, Lee Merritt, told WFAA they were shocked and disappointed at the jury's decision.

Merritt said the police department should have handled the situation differently because Darius was in a mental health crisis.