Congresswomen call for justice for Vanessa Guillen, end to sexual assault and harassment in U.S. military

One congresswoman called the handling of sexual assault and harassment in the military an "epic, moral failure." 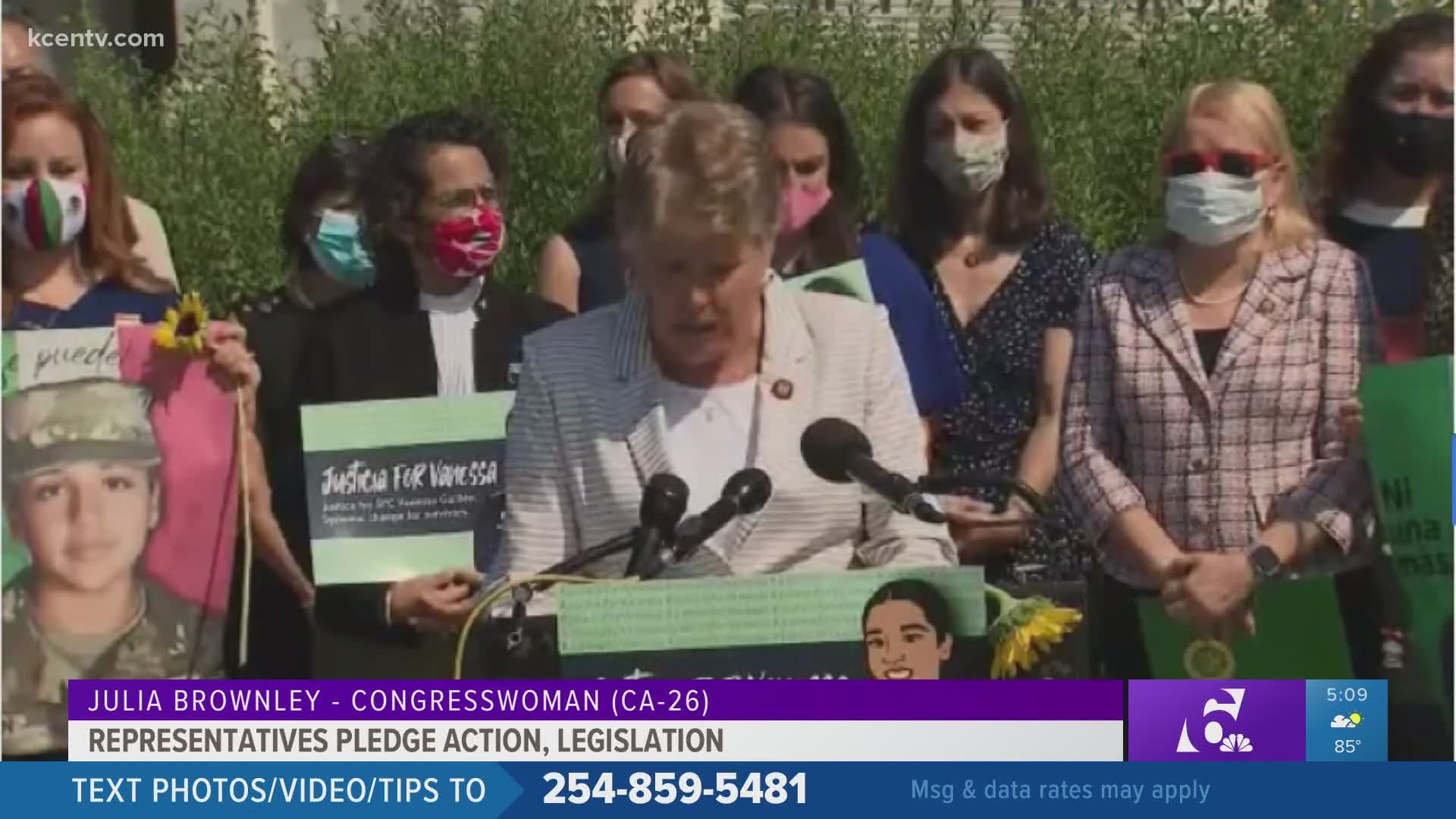 WASHINGTON, D.C., USA — As the country continues to protest and rally for justice in the murder of Specialist Vanessa Guillen at Fort Hood, the nation's Capitol is pushing for change and answers at the highest level.

The press conference also included three military veterans, Melissa Bryant, Lucy Del Gaudio and Lindsay Church and was held at the House Triangle at the U.S. Capitol in Washington, D.C.

Speier, who is chair of the subcommittee for military personnel and House Armed Services Committee, said Guillen's case inspired victims of sexual assault and harassment to speak out for the first time.

"Their experience speaks volumes and makes it clear that we must seize this watershed moment to usher in a movement that finally ends the scourge," Speier said.

Guillen was killed April 22 on Fort Hood and her remains were buried near the Leon River in Bell County. Guillen's family said she told them she was being sexually harassed but she did not report it to her superiors for fear of retaliation.

"The military's approach has failed," Speier said. "An epic moral failure that is a stain on military leadership."

Speier said an amendment to a defense bill on the House floor that she authored allows victims to file confidential reports outside the chain of command of sexual harassment and connect those reports to the military's cache of predator database.

"It also includes a separate amendment to require the General Accountability Office to examine the military's procedures for finding missing service members and compare them to procedures used by state and local enforcement and best practices," Speier said.

Garcia is among 87 members of congress to sign a letter calling for an independent inspector general investigation of how the Army handled Guillen's case.

U.S. Army Secretary Ryan McCarthy announced July 10 he would recommend the Department of Defense conduct a full independent review of the Guillen case.

Garcia said McCarthy would announce this week a panel of experts he named that will review everything that happened at Fort Hood, including the culture and command.

"We will not stop," Garcia said. "We will continue to make sure that we continue investigating until we get to the bottom of the truth."

In the wake of her death, Guillen's family, along with Garcia and the Guillen family attorney, Natalie Khawam, have called for major changes in how the military handles cases of sexual harassment and assault.

The #IAmVanessaGuillen bill will be introduced to congress on July 30. Khawam said the bill will allow for victims to report cases of harassment anonymously and without fear of retaliation. Khawam and Guillen's family will meet with President Donald Trump on July 29.

A criminal complaint said Guillen was hit in the head with a hammer in an armory room on Fort Hood by Aaron Robinson. It said Robinson then dismembered her body with the help of Cecily Aguilar and buried the remains in three separate holes.

Robinson shot and killed himself in the early morning hours of July 1 as police approached him in Killeen.

Aguilar was charged with multiple counts of conspiracy to tamper with evidence. She pleaded not guilty and was denied bond during a hearing on July 14.

RELATED: Cecily Aguilar pleads not guilty, bond denied until trial for her suspected role in death of Vanessa Guillen

RELATED: 'Do not recruit them if you can’t protect them' | Protesters demand protection for soldiers who report sexual harassment