Coming back home after serving in the military can be a difficult process for a lot of Americans. A group of North Texans are finding camaraderie through hockey. 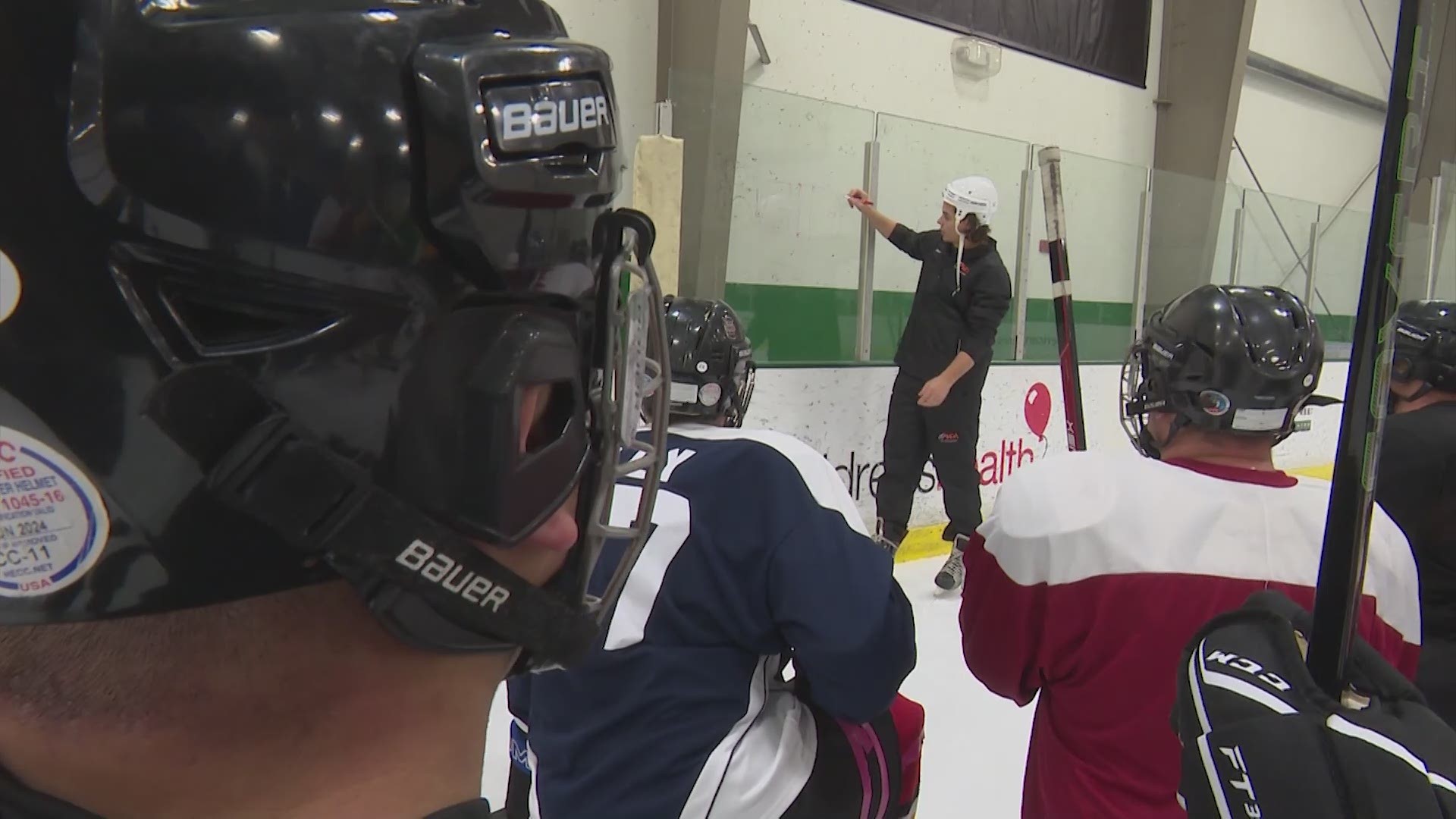 DALLAS — Coming back home after serving in the military can be a difficult process for a lot of Americans.

There's often a search for purpose and camaraderie. For a group of North Texans, they are finding that -- in the source of hockey.

Rustin Lusk is a member of the Dallas Warriors, a disabled veteran's hockey nonprofit organization. This team is made up of injured and disabled military veterans.

Before joining the team, Lusk served in the Navy from 2000 to 2011, serving during Operation Iraqi Freedom. He retired as Yeoman First Class.

"I still miss the military camaraderie on a day-to-day basis," Lusk said, speaking on his time in the military.

He looks at this group as more than a hockey team. It's a way Lusk can get some of the fellowship back he had overseas -- but in a healthy way.

Credit: Jay Wallis
Rustin Lusk said hockey has been a positive outlet for him since he came back home. He served in the Navy from 2000-2011.

Michael Robinson has a similar feeling. He served in the Navy from 1992 to 1999 as an aviation ordinanceman.

"I really didn't have a direction because you're used to the camaraderie of the military," Robinson said, speaking on when he first got out. "Here, you have fellow military personnel that know what you went through, what you've been through."

The Dallas Warriors are a part of a bigger league known as the U.S.A. Hockey's Warrior League. It is made up of 30 organizations across the country with similar purposes as the one in Dallas.

Justin Eigenmann is an active duty Air Force recruiter as a technical sergeant. He's one of the newest members of the Dallas Warriors, but he said he plans to make this his team.

"We all get each other," Eigenmann said. "We all have different stories. We all have that foundation that the military provides. Just being here, they understand."

For Lusk, this sport provides comfort, too. He recently had reconstructed foot surgery, causing him to be away from the ice for six months. He is finally playing again.

"I went through periods of depression because I wasn't out here with them," Lusk said. "Just simply being out here tonight has reinvigorated me. You have no idea."