Dallas neighbors gather to celebrate the removal of 'Shingle Mountain'

It took a trucking crew about a month and a half to remove a 150,000-ton mound of recycled shingles. Neighbors in Floral Farms said they're now breathing easier. 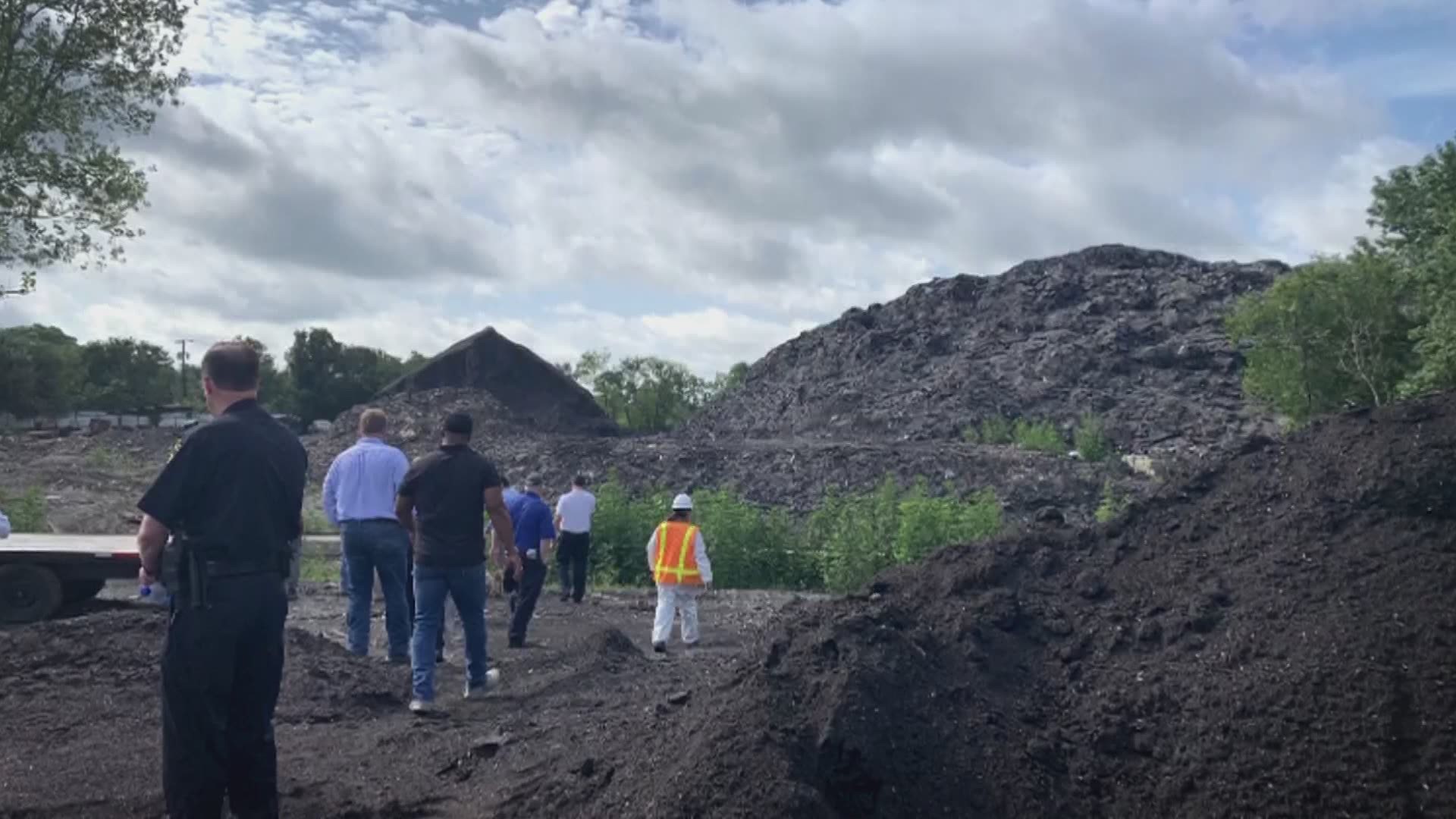 DALLAS — Neighbors in the Floral Farm community in southern Dallas are celebrating. After three years, they no longer have to look at the large mound of recycled material many called "Shingle Mountain."

A large black truck dubbed “The Concert Truck” parked outside the home of Marsha Jackson on Friday afternoon. Several musicians arrived. Some residents and activist also showed up.

A stage was set for a pop-up concert in celebration of a milestone – the removal of Shingle Mountain.

If music can move mountains, then it’s only fitting that a surprise concert set the tone in bringing a community of people together.

Jackson, her daughter and granddaughter slowly walked outside of their house, as a pianist began playing a rendition of "Total Praise."

"The mountain is out of there. Thank God,” said Quincy Roberts.

Roberts owns the trucking company the City of Dallas hired to dismantle and haul away the large mound of shingles a company named Blue Star Recycling left behind.

"Outsiders came down here and put this here. I felt like the community needed to get it out of here,” said Roberts.

That mountain of toxic materials hovered over the homes of Jackson and her neighbors along Choate Drive for three years. Families and activists worked hard to get it removed.

"The ones that brought this mess over here, these polluters, I want to make sure that they are charged in some kind of way. It’s not easy for them to just walk away and then we are still suffering through the consequences of what they did to us,” said Jackson, as tears rolled from her eyes.

Jackson and her neighbors are still complaining of illness from exposure to shingle dust. They remain determined.

"It hurt my soul that they have an easy way out. They dumped and walked away and no fines, no nothing,” cried Jackson.

It took about a month and a half for Roberts Trucking to haul away the 150,000 tons of material that made up Shingle Mountain. The team finished before schedule. The property remains a construction site, for now, since remediation work in ongoing.

As each performing artist stepped to the stage to share the gift of music, Jackson and her family smiled. The music underscored a few significant notes.

Roberts isn’t just the owner of a trucking company. He is a classically trained singer who called on his friends.

Pianists, violinists, vocalists and others were in concert surprising neighbors, as they overlooked the area where Shingle Mountain once stood. They were celebrating how community can work together to move mountains.

“I want to make sure that not only for my community, but for other communities around, nobody has to go through this again,” said Jackson.

Though Shingle Mountain may be gone, the fight for environmental justice continues for Jackson and her neighbors. In addition to ongoing legal battles, the longtime resident said the experience has inspired her to pursue a doctorate in public administration.