The arrest of Maxie Johnson's daughter comes about four months after his 20-year-old son was found fatally shot on an east Oak Cliff street. 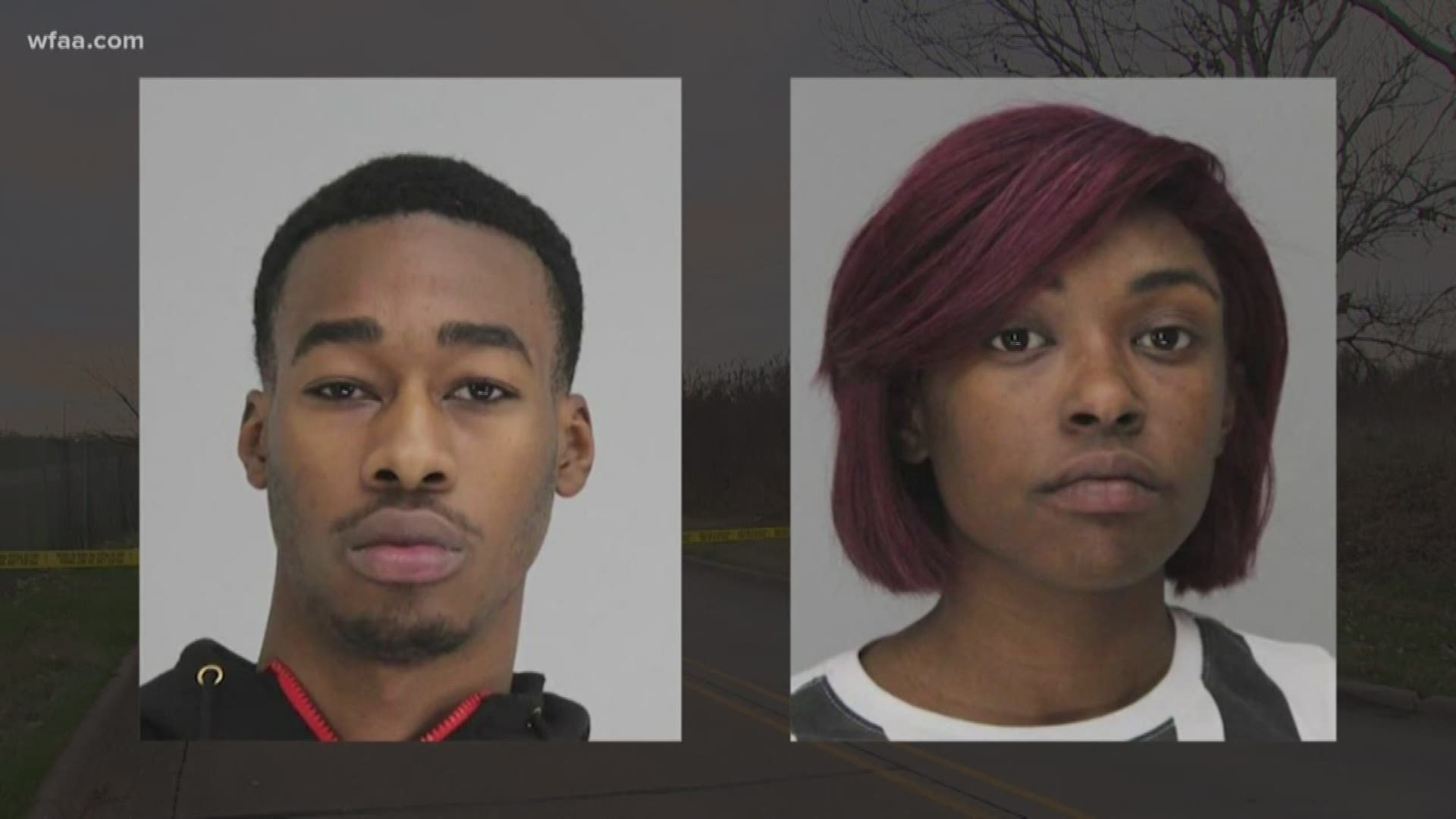 DALLAS, Texas — One of two people arrested in connection with the death of a 20-year-old man was identified Thursday as the daughter of a Dallas Independent School District trustee, who lost his son to gun violence four months ago.

Authorities say Maxie Johnson's daughter, 19-year-old Teilor Johnson, was part of a plan to kill Quincy Wyatt, whose burned body was found wrapped in a tarp in a southern Dallas field on Dec. 10.

In exchange for $600, Johnson and 20-year-old LaKevian Grant helped a man lure Wyatt to a home, where the victim was forced into a car by an "unknown suspect," according to arrest records.

RELATED: 2 arrested in death of man whose burned body was left in southern Dallas field

Maxie Johnson said he was aware of the accusations against his daughter, who "says she is innocent." He said he is handling the situation as a "family matter."

"Pray for her. Pray for me," Maxie Johnson said. "This has nothing to do with my role as District 5 Trustee. I will continue to lead this district to the best of my ability with integrity and transparency and for the betterment of the students and community.”

Christopher Whitfield was found at about 1:37 a.m. in the 3600 block of Utah Avenue near Overton Road with a gunshot wound to his chest. He was taken to a hospital, where he later died.

Ladarrion Kelly, 17, was arrested in October on a capital murder charge in connection with Whitfield's death.

RELATED: Teen arrested in slaying of the son of a Dallas school board trustee

The night before his son's death, Maxie Johnson met with Trisha Allen, the founder of the anti-crime organization No More Violence, to talk about ways they could help the family of Brandoniya Bennett, a 9-year-old girl killed after a man mistakenly shot into her apartment when he was targeting a rival rapper.

Bennett's funeral was held at the New Morning Star Missionary Baptist Church, where Maxie Johnson serves as a pastor in West Dallas.

On Aug. 22, a week after his son's death, the trustee made an emotional address at a school board meeting, where he thanked the community for its support.

"I'm doing everything I can as a pastor and a community leader to help our children," he said of his work fighting gun violence.

Fellow trustees and others attending the meeting stood one by one as he broke into tears and talked about his heartbreak.

"This has been a very, very hard time," he said. "I didn't know if I was going to be able to make it tonight. But I was at home, and even with the TV on, it was still too quiet, so I came to serve... Thank you for your love."

Maxie Johnson has another child, 21-year-old David Johnson, a sophomore at Tyler Junior College, where he is a quarterback. 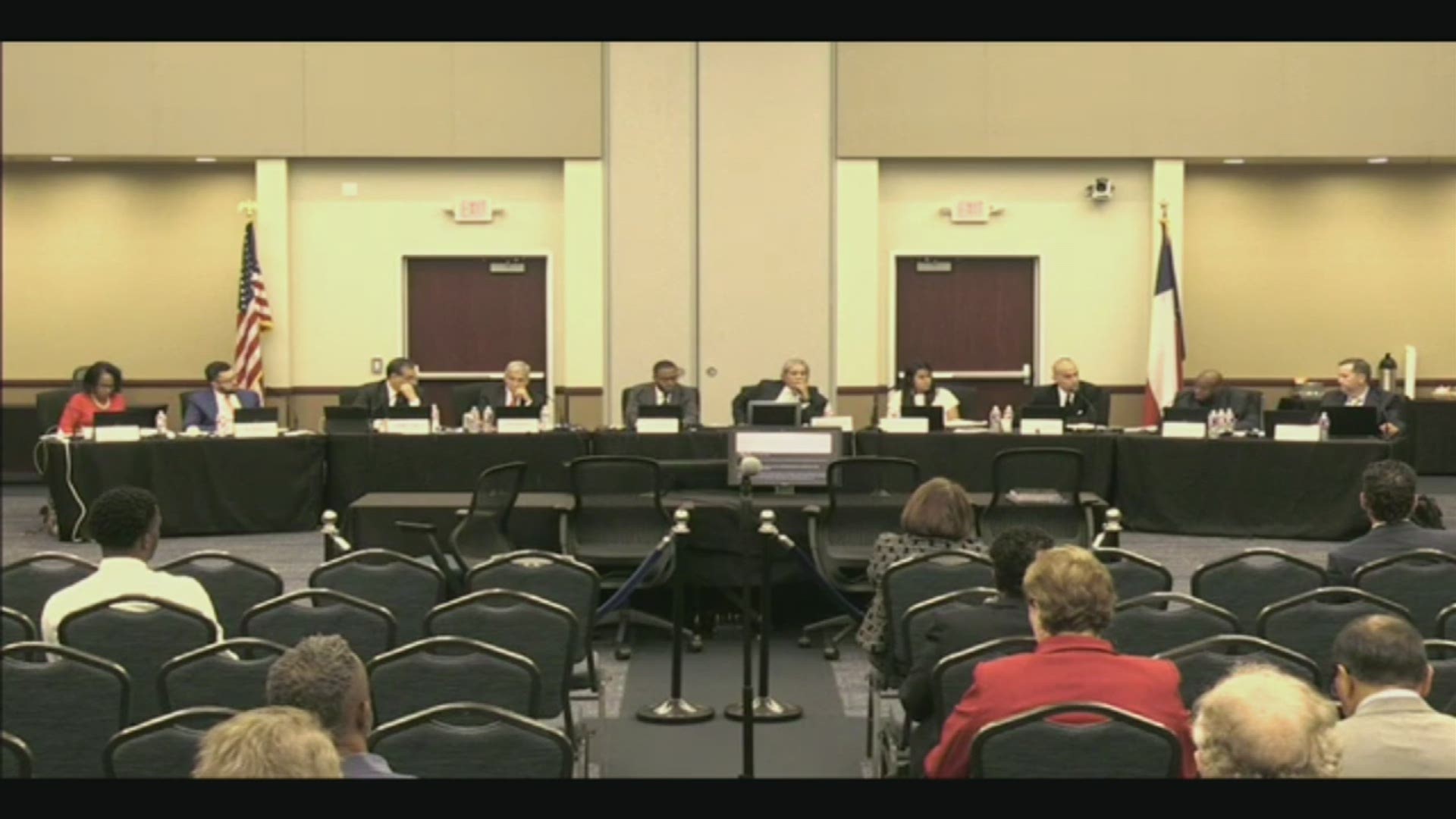 "He deserved none of that"

The news of Johnson and Grant being charged fell as Wyatt's family laid him to rest.

Wyatt attended Wilmer-Hutchins High School and was most recently living in Dallas.

His family said they were unaware of him ever being in serious trouble.

"It means a lot that he's touched so many lives, and it meant so much to know that he knew so many people," mother Lataisha Dorrough said.

"This just goes to show how good spirited he was," Wyatt said. "He knew way more people than we did."

The pain of Wyatt's death is a difficult thing to bear, both parents acknowledged.

Dorrough told WFAA that she still doesn't understand why someone would brutally murder her boy.

"It was breathtaking," Dorrough said. "I was in disbelief. He deserved none of that, how could you do somebody like that you know?"

"That's just savage stuff," Wyatt Sr. said. "It took a major piece from me and his mother and anyone he was nurtured by. But we're out here, we're strong, and we have each other's backs."

When asked if Wyatt Sr. had anything to say to Maxie Johnson and his family, he responded saying, "We both lost kids you know? For us to lose them the way we did is not right."