"We are demanding justice," Shonda Strives said. "We're not asking for it anymore. And we're going to do exactly whatever it takes to take back what belongs to us." 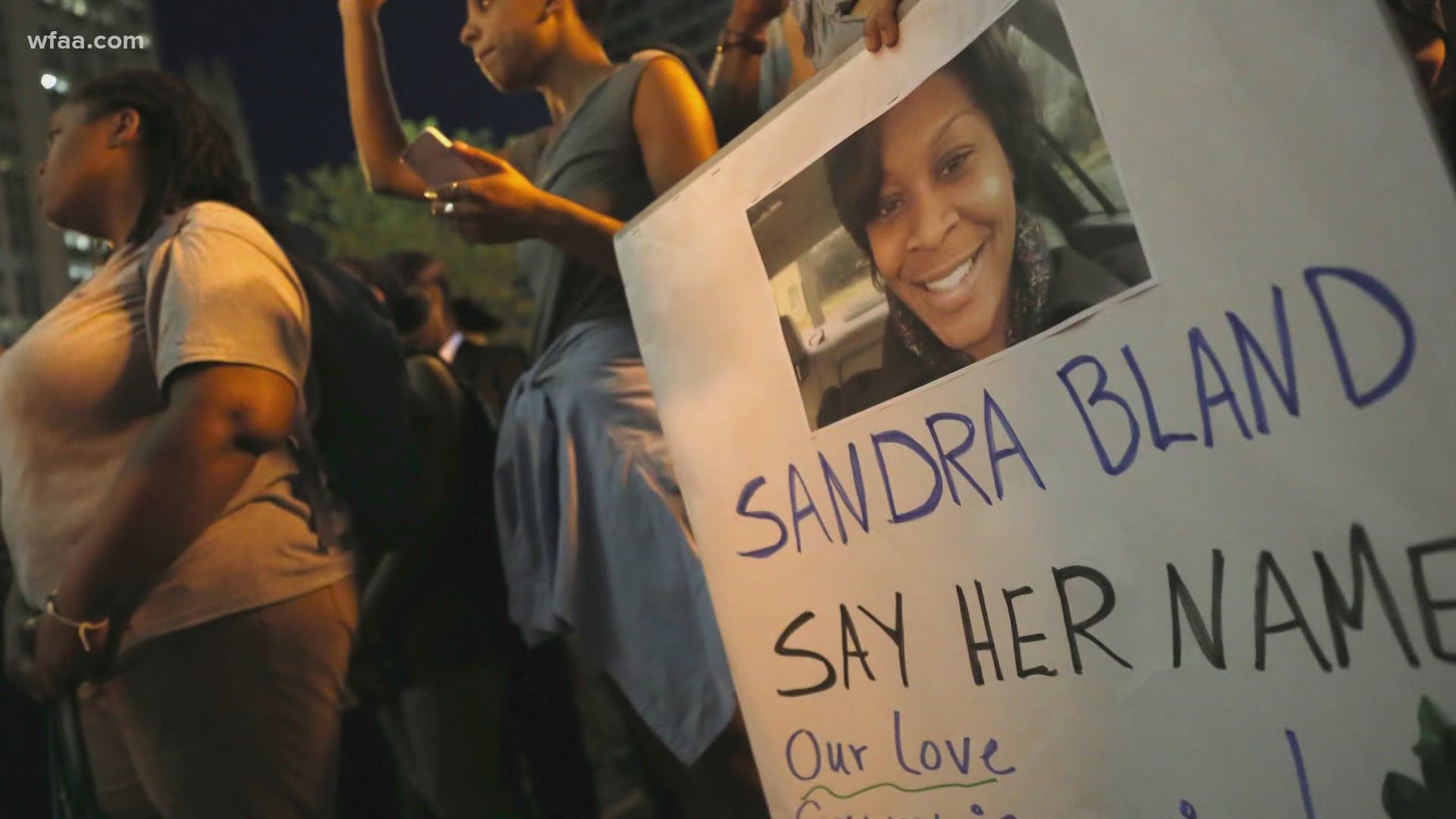 DALLAS — On a notable anniversary, at a not always favorable historic location, three Black women will lead a Dallas rally and protest Monday night to keep the conversation alive on recent Black deaths.

"Equality for black women," said Dajai Monae with the Next Generation Action Network. "We want justice and we want it now."

Monae and Alex Swift spoke on the east-facing steps of the Old Red Courthouse in downtown Dallas. The general area was the location for the first legal execution of a woman in the state of Texas back in 1853. Her name was Jane "Elkins" - Elkins being the last name of the man who, at the time, legally owned her as property. According to court documents, she was an African-American slave who was "loaned" to a friend. She was convicted by an all-white male jury of killing that man in his sleep.

RELATED: Women arrested during George Floyd protests sue to wipe away the very law that got many jailed

She was publicly hanged on the site where the Old Red Courthouse now stands.

July 13th is also the five-year anniversary of the death of Sandra Bland, the woman arrested after an infamous traffic stop in Waller County near Prairie View A&M on July 10, 2015. Three days later, unable to bail out of jail, Bland was found hanging in her jail cell. Her death was ruled a suicide. But it is a chain of events that her family, and activists, still do not buy.

"I can't fathom or come up with the words some days trying to get out of bed knowing that what I have to face in being a Black woman in America," Swift said.

So on this anniversary, and on this spot, these women will lead a rally and protest Monday night in the name of women like Sandra Bland and for women like Atatiana Jefferson, killed by a Fort Worth police officer inside her own home. Officer Aaron Dean fired his gun from the backyard into the house through a back window. He is charged with murder but has yet to stand trial.

RELATED: Atatiana Jefferson’s family wants to inspire a love of science in Fort Worth kids

The women will also march in honor of Breonna Taylor, killed by police officers in Louisville, Kentucky in March. She was reportedly unarmed and in bed when police raided the home. Her boyfriend said he fired once, not knowing who was breaking into the home. Police returned fire hitting Taylor eight times.

RELATED: Officer to be fired for involvement in Breonna Taylor's case

"We are demanding justice," Shonda Strives said. "We're not asking for it anymore. And we're going to do exactly whatever it takes to take back what belongs to us."

And they join the voices of seven grieving mothers, whom ABC news gathered for a conversation about where we go from here. They included Allison Jean, the mom of Botham Jean, who was killed in his own apartment by a Dallas Police officer; and Taylor's mother Tamika Palmer, who vows to remain a voice in this fight.

"Whatever I have to do to remain in it, is what I'm going to do," Palmer told ABC's Deborah Roberts. "Because it should never happen to another Black daughter, son — another Black person, period."

"And if you are tired, tired and want to see the change, be a part of the change, I need you here tonight," Swift said.

The rally begins at 7 p.m. on the east side of the Old Red Courthouse.