'They give me the tickets but it's their trash.' Dallas property owner says he's getting tickets for trash from homeless encampment on city property

A Dallas property owner says he is getting tickets left behind by homeless people on a property owned by the City of Dallas. 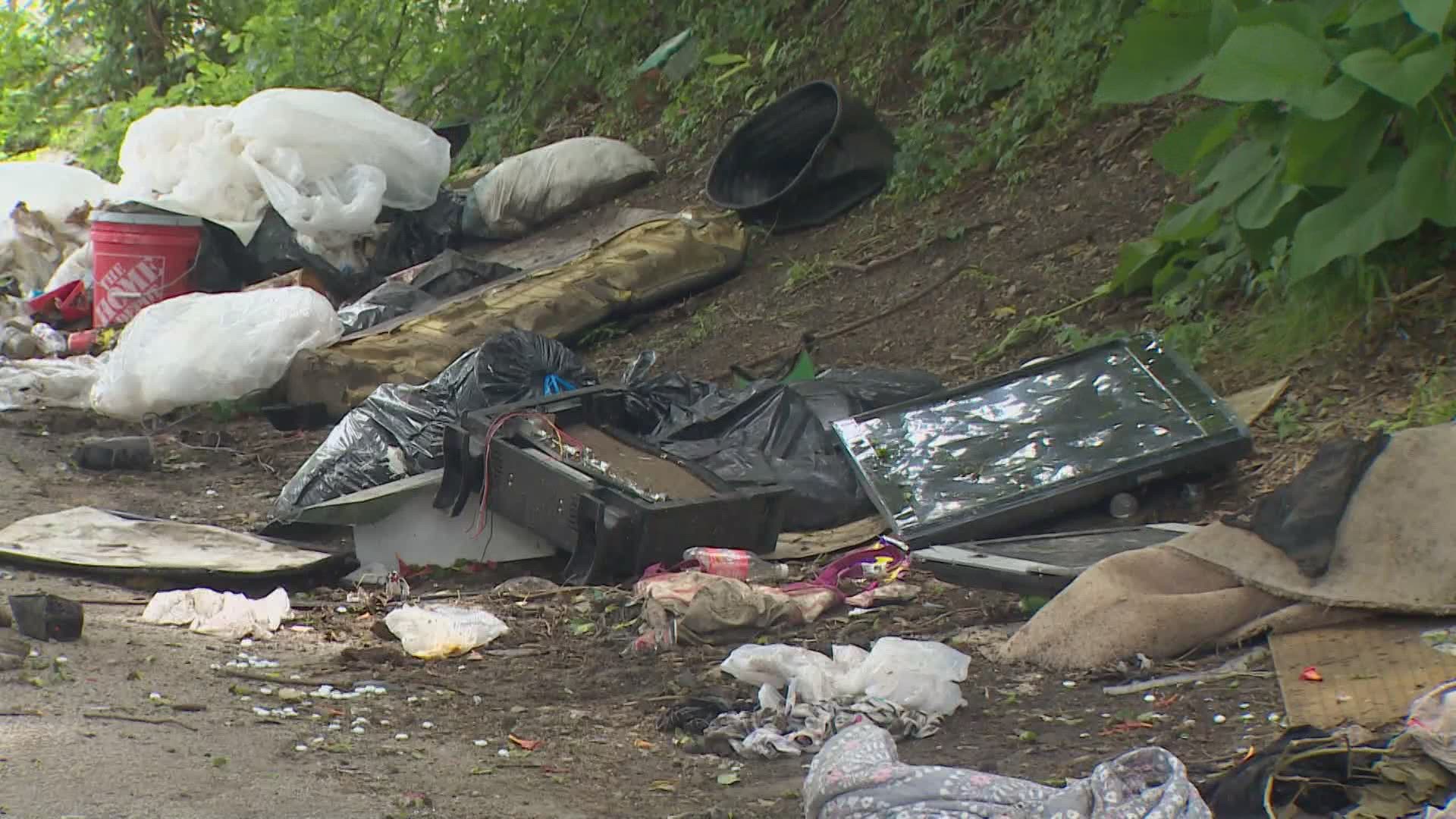 DALLAS — Every morning, Malek Samadian says he finds trash on his property.

He says it's coming from a city-owned property next to his where he says people who are homeless have camped out for more than a year.

A few weeks ago the city cleared it out, but Samadaian says they left the trash behind.

"We have been asking city for help, and they are not helping us,” Samadaian told WFAA.

Samadian says he has crews that clean up every morning. Still, he says, the city is giving him a hard time and writing him warnings and citations.

"Why is city doing this to us when they can't fix up their own property?” he asked.

Down the road, he has another property.

He says a city contractor left a traffic sign on his property, but the city told him he's responsible for getting rid of it. And he was given a $600 ticket for small amounts of trash.

Samadian says he doesn't have a problem with homeless people - just the mess left behind.

“If the city would put a dumpster for them or a trash can or something for them,” he said.

WFAA asked the city for comment, and within 15 minutes, code enforcement showed up. We asked how the city could give tickets to property owners for litter while their property is a mess.

A code enforcement officer responded: "I'm sorry, I can't comment on that without conducting further research, but (we're) going to look into it."

Samadian says he just wants the city to help the homeless. He doesn't feel he should be the one punished for a problem he says the city can't take care of.