As many homes lost power Monday, many families rushed to book hotels in North Texas and by the end of the night, very few had any vacancy. 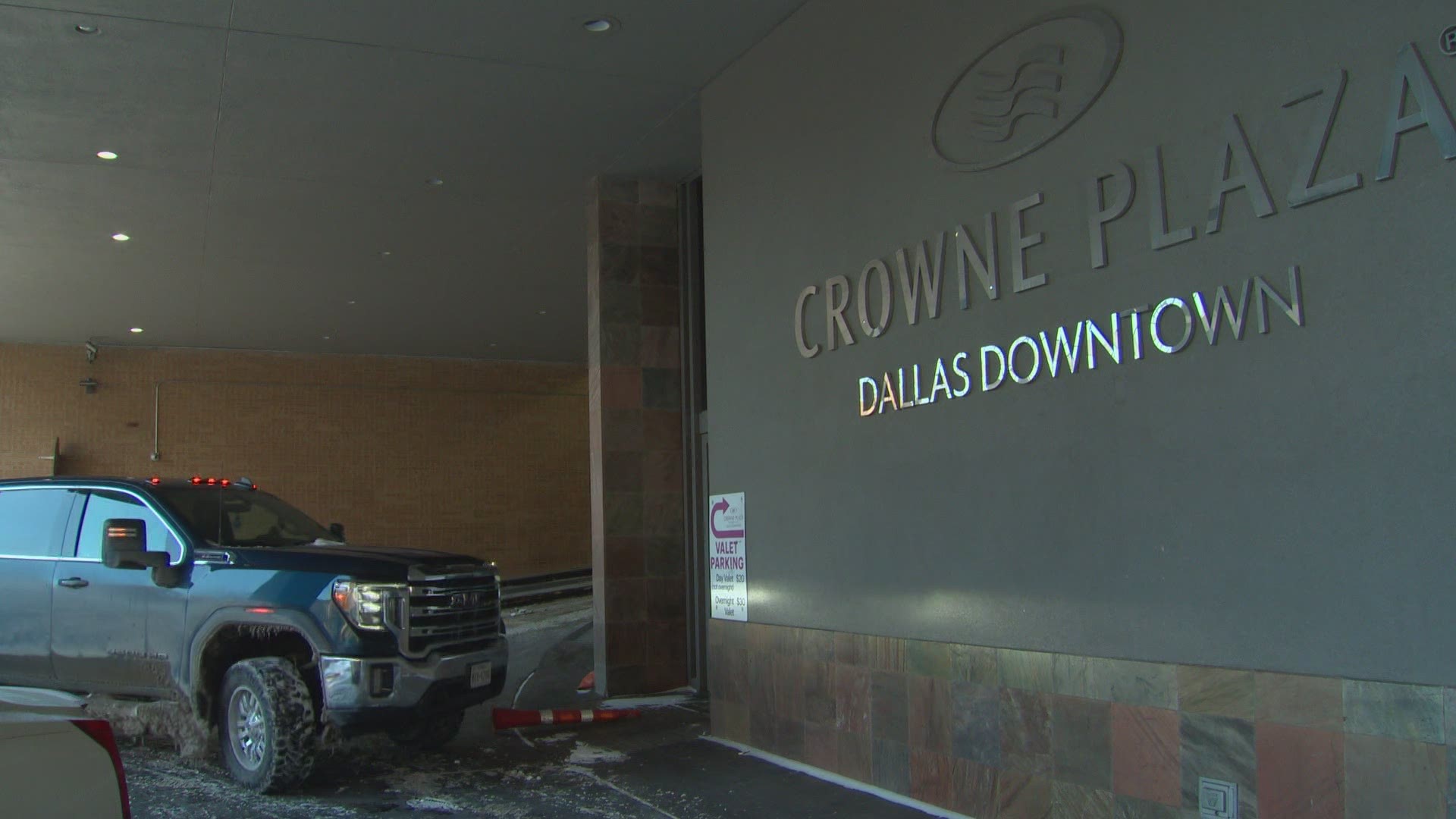 DALLAS — It was a stressful Monday for thousands of North Texas as winter weather and power outages led to a variety of problems.

As many homes lost power, many families rushed to book hotels and by the end of the night, very few North Texas hotels had any vacancy.

“It’s been out since 5 a.m.,” Artrunette Ruffin said. “We’re just running around looking for a hotel at this point trying to get me and my kids out of the cold.”

Ruffin eventually booked at the Crowne Plaza Downtown Dallas, but when she arrived she said she learned that a few pipes burst forcing the hotel to evacuate all their guests.

“We’re just running around looking for a hotel at this point trying to get me and my kids out of the cold,” Ruffin said.

The power outages across North Texas led to big business for DFW hotels.

Nearly all the booking sites showed very few rooms available. At one point, hotels.com advertised a Super 8 going for $400 on Monday, and a Days Inn offering a one night stay for $900.

Robin Alaniz was stuck at DFW Airport trying to get home to Killeen.

“When I got to the airport they told me that the second leg of my flight was cancelled and I can’t get on a flight until Thursday to go home,” Alaniz said. “I’ve been looking for the last two hours for a hotel.”

Alaniz ultimately settled on a Lyft to Arlington.

“All the hotels are booked until Wednesday and I kept trying to get an Uber and I couldn’t get an Uber, and finally I got a Lyft,” Alaniz said. “So I’m paying $200 to Lyft to my sister’s house.”

It was a desperate situation for thousands as people did whatever they possibly could do to get to a warm, available room. Sadly, as Monday came to an end, thousands were still in the dark hoping for a resolution and warmer days ahead.