Dallas police to limit use of force against protesters, report reveals

The Dallas Police Department acknowledged there were shortcomings and errors in its response to protests in May and June. 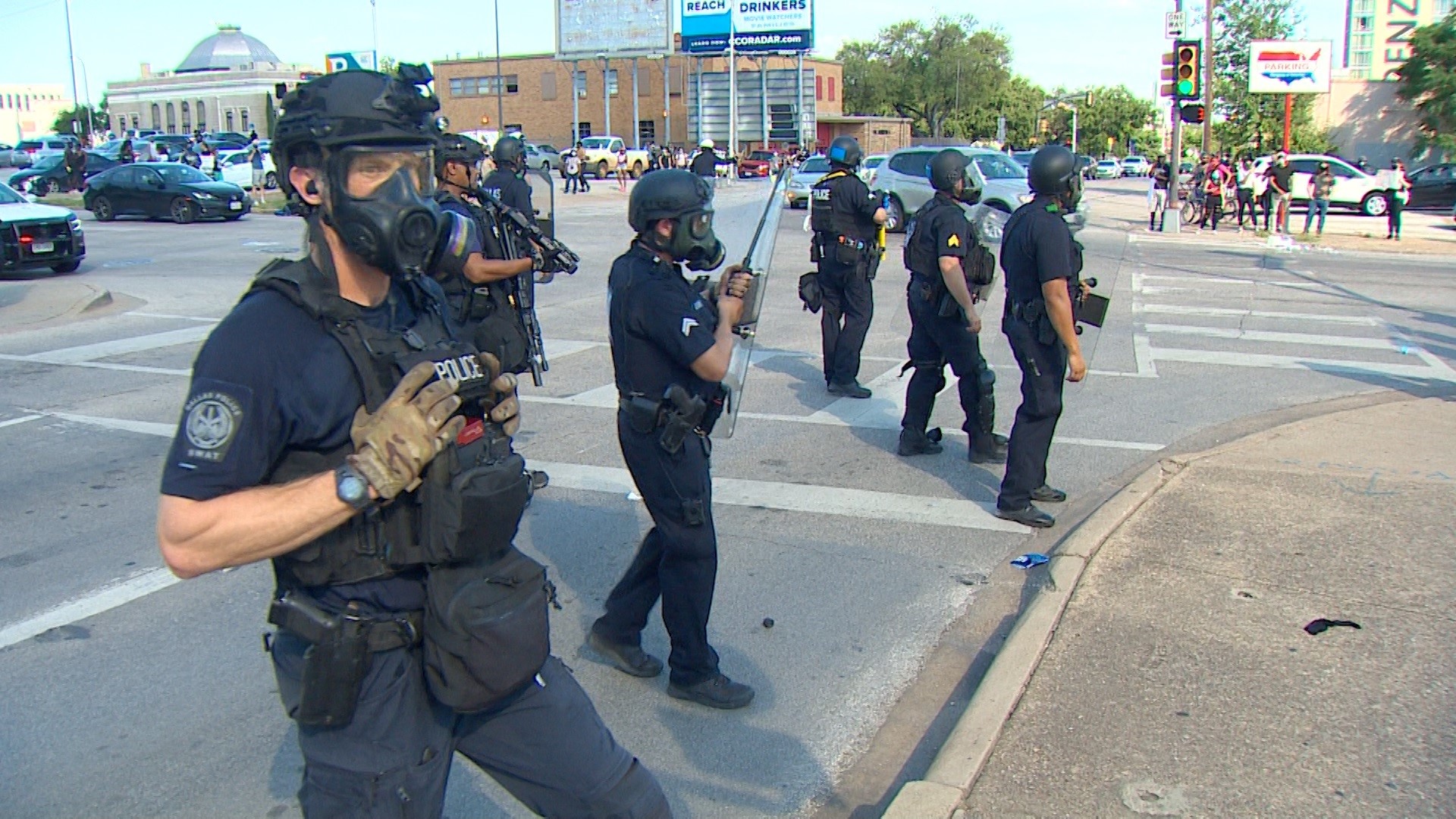 DALLAS — The Dallas Police Department will limit use of force when dealing with protesters, according to a report detailing the department's errors and shortcomings of its response to protests over George Floyd's death earlier this year.

The department released its findings in an After-Action Report made public Friday night.

The report details the police response to clashes with protesters, looting, rioting and peaceful protests. Among them was a highly visible incident on June 1 on the Margaret Hunt Hill Bridge.

Protesters were met with smoke, tear gas and less-than-lethal projectiles. That night, 674 protesters were detained and threatened with criminal charges, but have long maintained police were in the wrong.  The claim was bolstered a few days later when Dallas Police Chief Renee Hall said no charges would be filed.

Protesters then waited 74 days for the department to release the findings of its investigation, including a list of problems and solutions.

Among them is a ban on firing or deploying direct-contact hits from PepperBall launchers indiscriminately into crowds.

Officers may still use the method in one-to-one situations “when sure of their target and background,” according to the report.

The use of indirect deployment of PepperBall projectiles, and other crowd dispersing chemicals, is still allowed.

Officers will also not be allowed to fire 40mm less-lethal “stingers” into crowds. Again, though, police may use the tactic in one-on-one situations when sure of their target or background.

RELATED: 'It's a parent's nightmare': Protester lost eye after officer fired at him, witnesses say

Members of the police department, both sworn and non-sworn, will be required to “stop or attempt to stop” other employees when force is inappropriately used or used when no longer necessary.

“They shouldn’t have them at all,” Alexander tells WFAA.  “We want to defund that period.”

Chief Hall said the report and proposed changes provide a road map for change and improvement.

“It took hundreds of hours to prepare, and some of the revelations were difficult to accept, but I’m confident our officers are committed to change so that errors do not occur in the future,” Hall said.

A Public Safety Committee meeting has been scheduled for Tuesday to discuss the report.