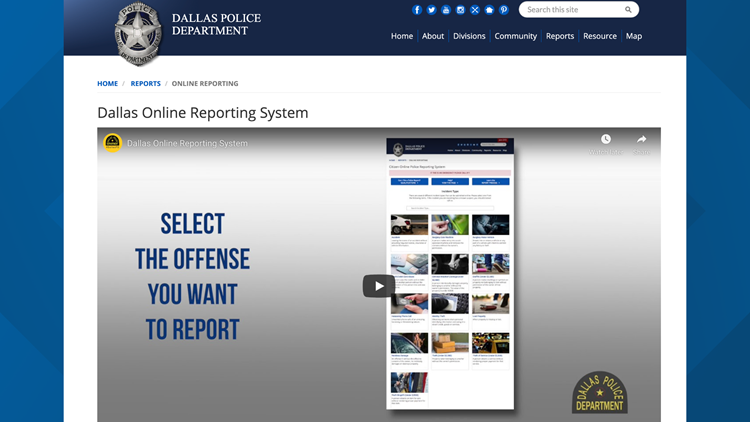 DALLAS — The Dallas Police Department has made its online reporting system available in Spanish.

In a news release sent Wednesday, the department said it launched the new feature after high demand from the public.

The Dallas Online Reporting System, also known as DORS, is a system that allows victims of non-violent offenses to make police reports online.

The system will now have features in English and Spanish.

According to Dallas police, from June to December 2019, there were nearly 8,000 reports filed by victims who used the online reporting system.

“We are constantly thinking of innovative ways to make reporting crimes from our residents easier and faster,” said Israel Herrera, Major of Police and in charge of the Dallas Police Department’s communications center.

To learn more or file an online report, click here.