Police Chief Eddie Garcia said firefighters helped provide cover for the two officers after they were shot. Both officers are expected to survive. 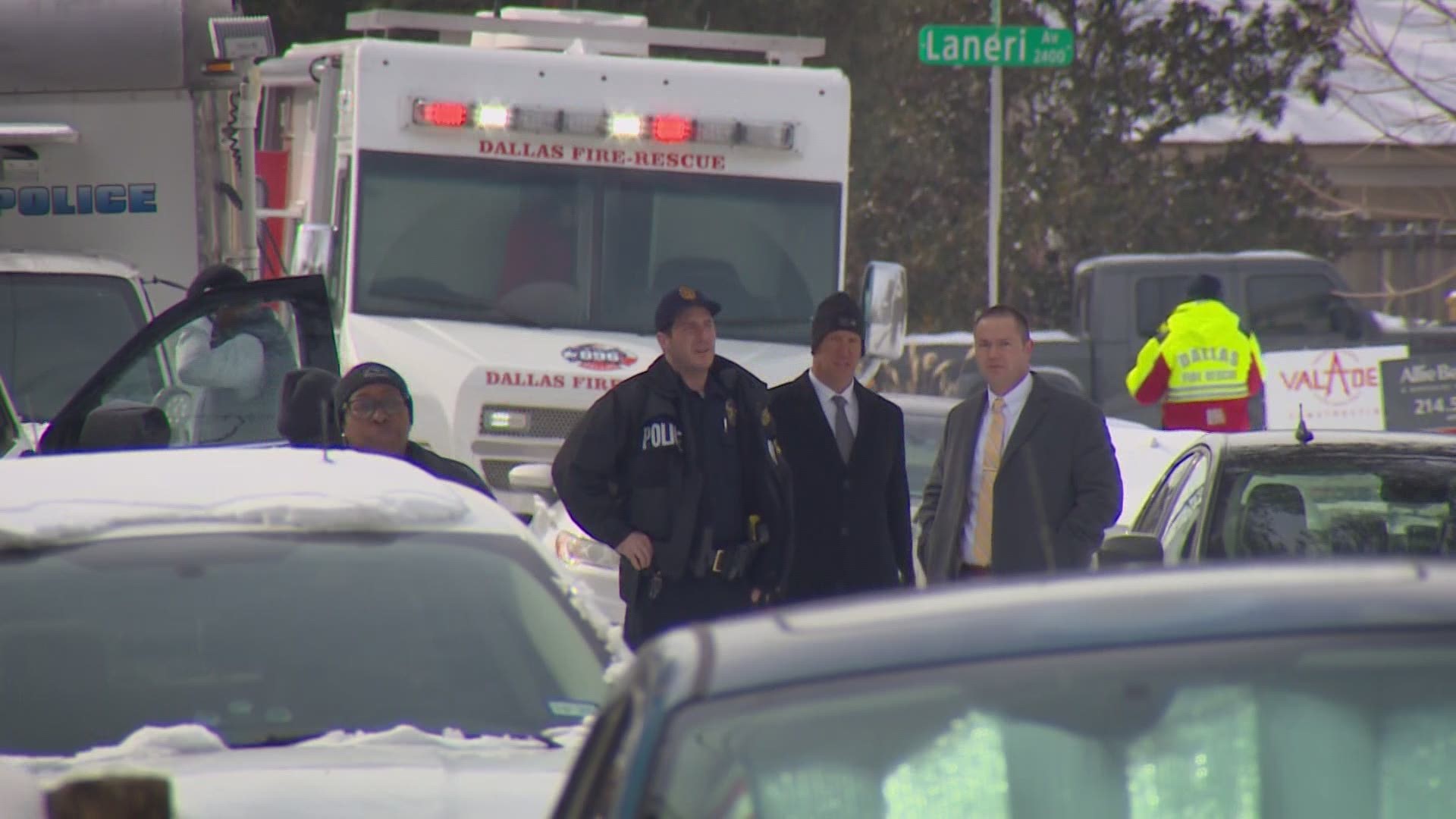 Two officers with the Dallas Police Department were transported to the hospital after they were shot Thursday morning, Chief Eddie Garcia said.

Police sources confirmed that the two officers were shot in the legs and both are expected to survive.

Both officers were struck by gunfire. Other officers and members of Dallas Fire-Rescue were able to extract the officers from the scene.

At about 1:27 p.m., the SWAT team was able to get into the home where they found a man and woman dead inside. The man is believed to have opened fire on the officers.

Their names have not been released at this time.

At approximately 1:37 p.m., SWAT officers breached the residence in the 5300 block of Bonita Avenue and found a male and a female deceased inside the location. This remains an ongoing investigation.

There were no shots fired by officers anytime during this incident. This remains an active ongoing investigation.

During a news conference outside the hospital, Garcia thanked Dallas firefighters who provided cover after the officers were shot.

"I would be remiss if I did not point out the amazing work of our fire department who actually provided cover for our police officers to extract, our wounded officers out of the scene," Garcia said. "I can't thank them enough for that."

.@DPDChiefGarcia said: “I would be remiss if I did not point out the amazing work of our fire department, who actually provided cover for our police officers to extract our wounded officers out of the scene. I can't thank them enough for that.”@wfaa https://t.co/b4G9vbw0vx

At the end of the news conference, Garcia asked the community for their prayers.

"Just continue to pray for our officers that are wounded and for the men and women of this police department who continue to show up every day, regardless of the threats that they may encounter," he said.

Thursday's incident was the second time in less than a week in which DPD officers were injured in the line of duty. On Saturday, Officer Mitchell Penton was struck by a suspected drunken driver while he was assisting with a separate crash.

Penton was transported to the hospital, where he was pronounced dead. He was 27 years old. 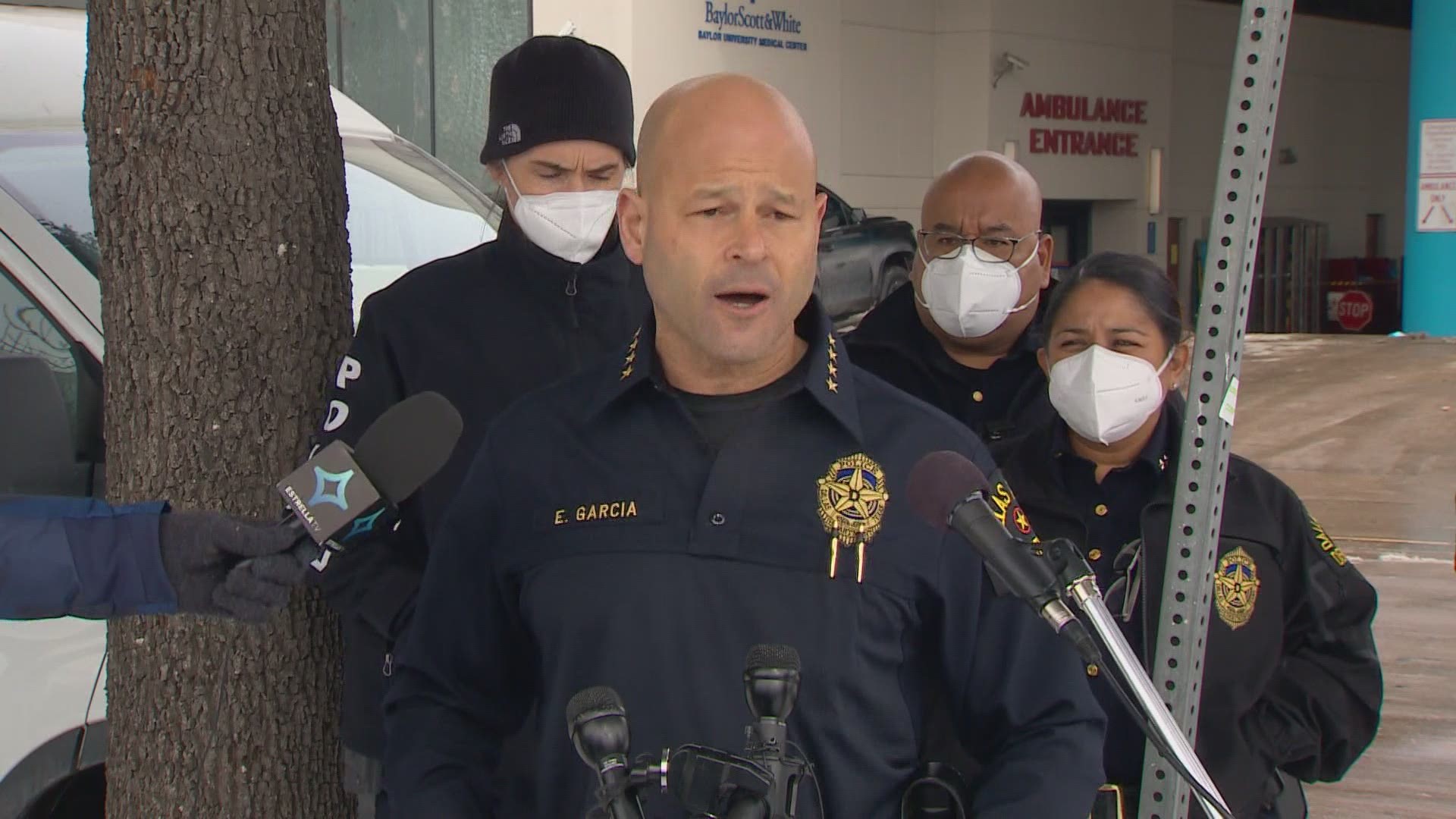 Praying for a speedy recovery for both officers. https://t.co/R75nSMRElX

Praying for the officers and DPD. FWPD is here for whatever you may need.

Praying for the @DallasPD officers involved, the protection of those at the scene, and for a peaceful resolution. https://t.co/7YZ3qQ7vvv

Reporters Ariel Plasencia and Demond Fernandez contributed to this report.