Dallas police released some body camera footage of the interactions between Dallas College officers and the 25-year-old man, including their exchange of gunfire. 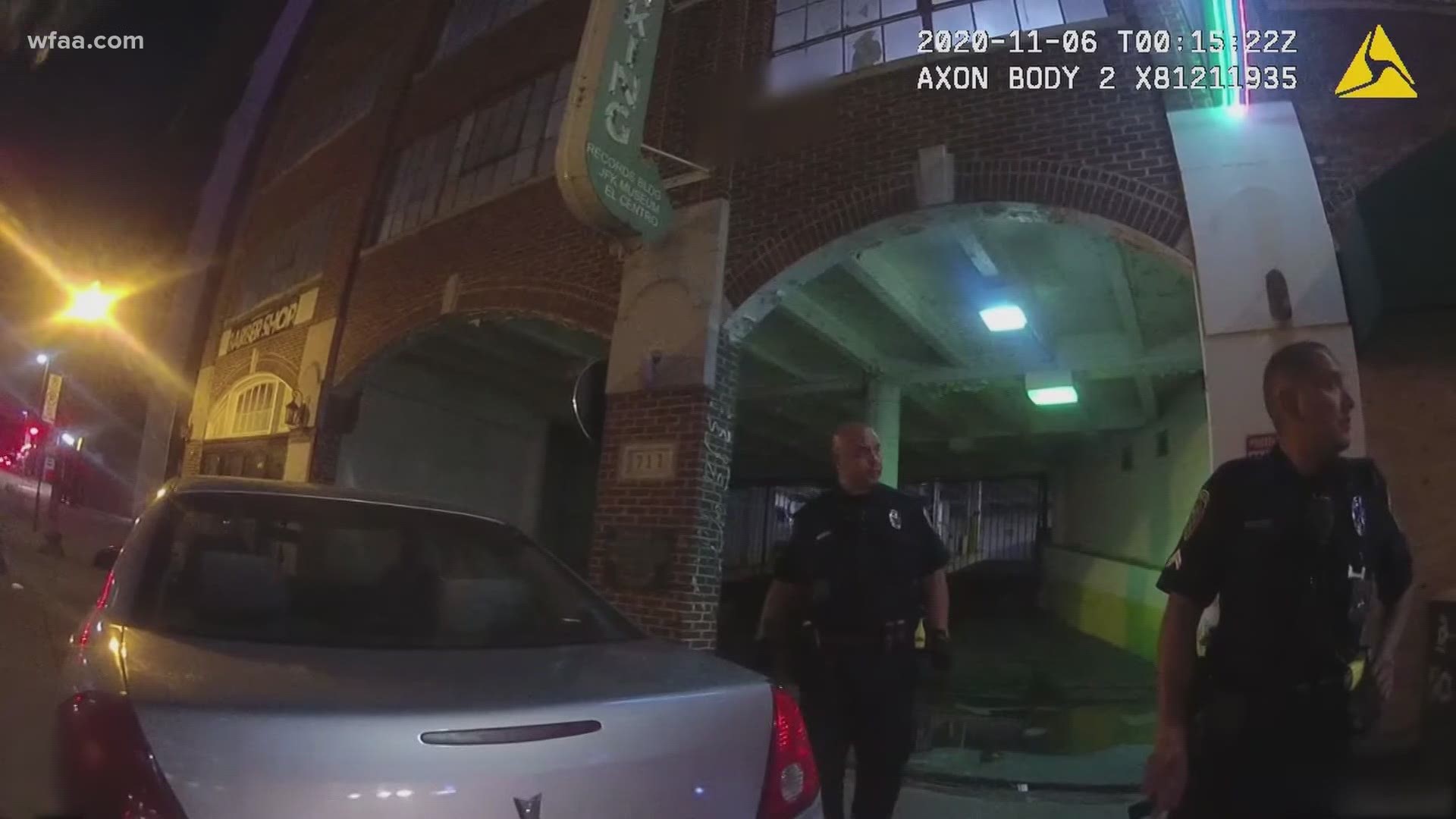 DALLAS — Dallas police have identified the two Dallas College officers who fired their weapons in an exchange of gunfire with a man who later died of his injuries.

The shooting occurred in the 700 block of Elm Street on the evening of Nov. 5.

Dallas police released additional information Tuesday, along with some video of the incident from officer body-worn cameras.

The Dallas Police Department has only provided an edited copy of the video footage. WFAA has requested the complete video of the incident from all officers.

Officers were investigating a car that was blocking an entrance to a parking garage, officials say, when 25-year-old Reginald Alexander, Jr., returned to the vehicle from the nearby 7-Eleven, according to Ramirez.

Ramirez said officers learned Alexander had an outstanding warrant for violating the terms of his probation on a family violence charge.

Alexander was accused of choking his girlfriend during an argument.

A probationary warrant for an assault of a household member was filed for Alexander on June 17, according to court records. According to the warrant, he had failed to pay fees and fines, and participate in domestic violence treatment and a 12-step recovery program.

When officers asked Alexander to get out of his vehicle and put his hand on the vehicle, a struggle ensued, body camera footage showed. Officers yell "he has a gun" and "don't do it."

As Alexander gets away from custody, multiple shots are fired.

It's not clear who shoots first, but an officer can be seen pointing his gun towards Alexander as his back is turned after the first shots are heard.

The body camera footage then appears to show Alexander with a gun pointed in the direction of officers. 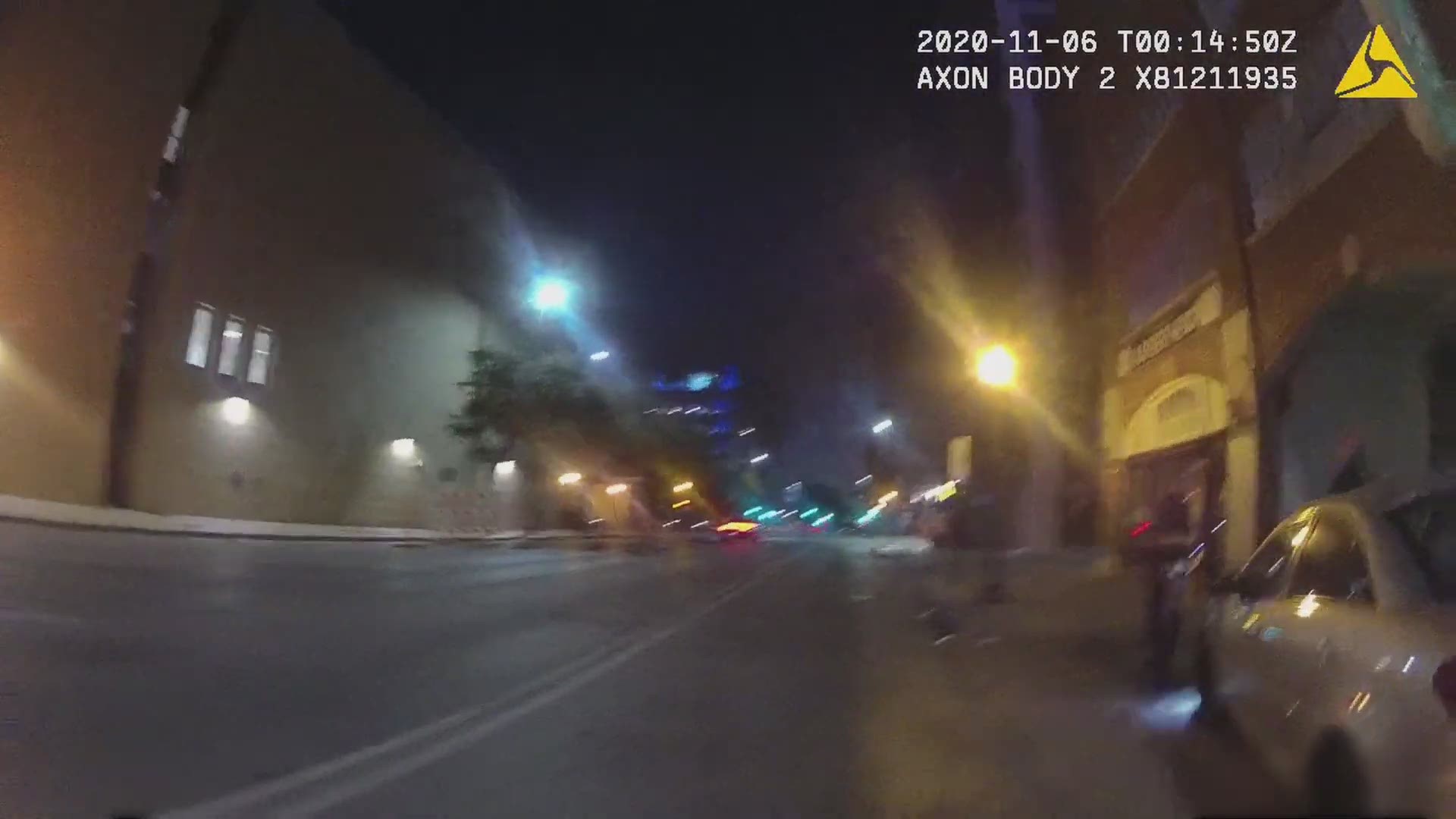 More shots can be heard after this moment.

Alexander was transported to a local hospital where he died from injuries that night.

The officer who was injured in the shooting and later released from the hospital has not been named.

This is the 10th police shooting in Dallas this year, according to police officials. Four of those involved outside agencies, Ramirez said.

Dallas PD special investigations unit responded to the shooting and is leading the investigation into the incident.

Del Carmen has trained over 15,000 officers over the past 22 years on best police protocols and practices, including the use of force.

Asked if the shooting appeared justified based on the video, Del Carmen said he would need to know more from officer testimony and would like to see other body camera footage from the scene.

"There are clearly questions that I would pose," said Del Carmen.

Del Carmen says he focuses mainly on the moment officers realized that Alexander had a gun on him and the shots that followed.

Alexander's family told WFAA that they've seen the video and are consulting with an attorney about what to do next.