Local police want to create a street racing ordinance that would penalize participants, spectators, and businesses that allow the events. 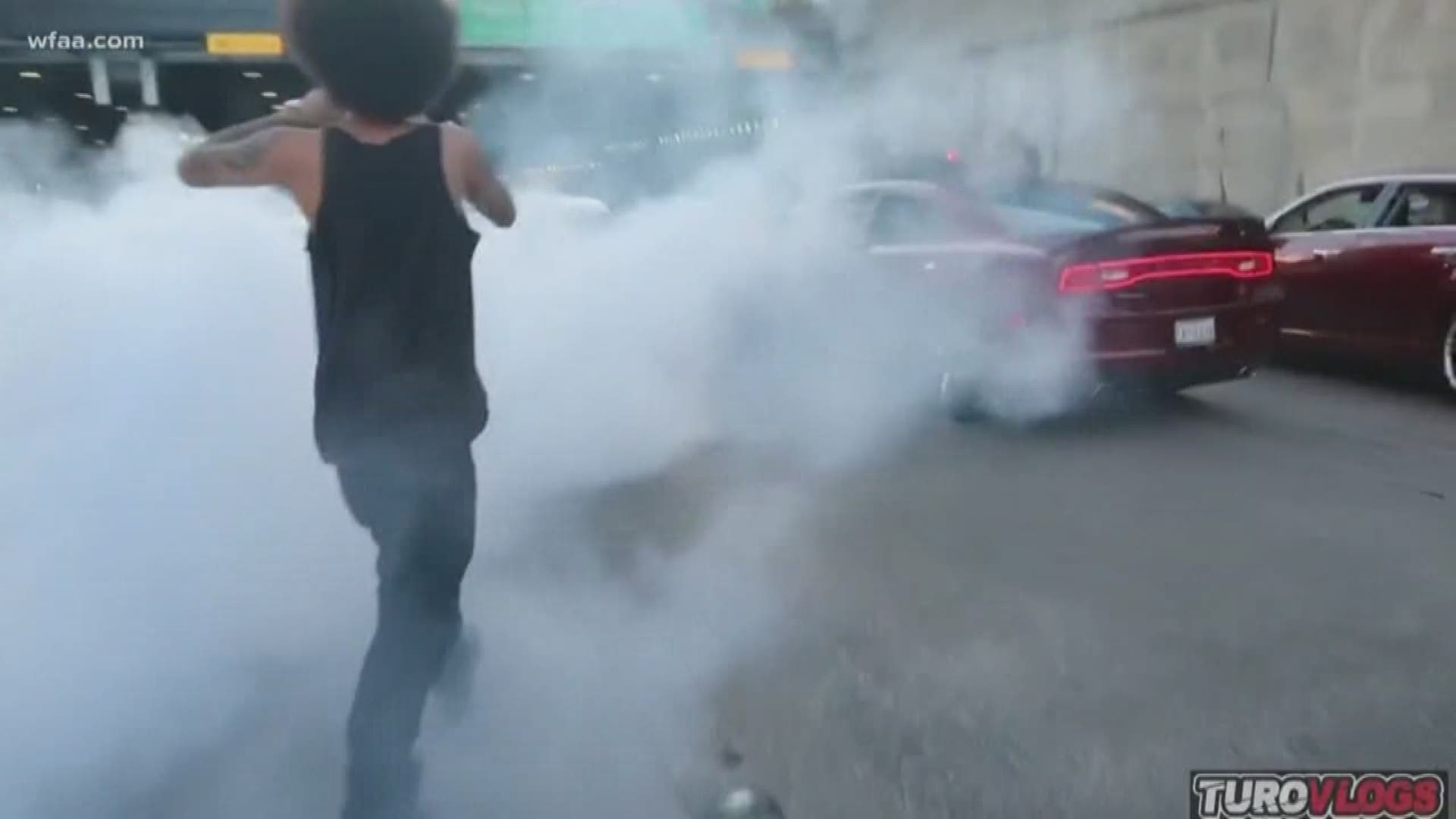 DALLAS — Street racing has become a nuisance in communities across the city of Dallas. Now, police are asking for Dallas City Council’s support in drafting ordinance changes that could help tackle the problems.

Issues like drag races, social media-driven stunt shows, burnout events, large meet-up crowds and dangerous donuts are among the complaints police and some city council members have been hearing from residents.

”It is starting to become a nuisance,” said Petra Ladesma, who lives in southeast Dallas.

Recently, drag racing has lead to the death of a 9-year-old child in Pleasant Grove. Over the weekend, Dallas police arrested and charged 28-year-old Edgar Moncada with manslaughter in a different case. Investigators say a man fell out of the window of Moncada’s truck and was run over as Moncada was performing donuts before a crowd of spectators in North Dallas.

“It has been very frustrating for the neighbors in the Joppa community, and the Oak Cliff community," Joppa resident Claudia Fowler said.

Street racing, stunts and the problems they’re bringing to neighbors across the city was a hot topic before Dallas City Council’s Public Safety Committee on Monday.

”This right here has got to stop," Councilwoman Carolyn King Arnold said.

Right now, the Dallas Police Department is proposing local ordinance changes that would penalize street racing as well as those who gather to watch and record.

"The spectators give street racing a voice. It authenticates them, and it makes it a sport," Assistant Police Chief Lonzo Anderson said.

Dallas Police Department data shows that in 2019, a Patrol Speed Task Force issued 23,000 citations. Nine thousand of those violations were for speeding. The Task Force also made 400 arrests during those stops.

The City of Dallas does not currently have specific speed racing ordinances. The police have been looking at cities that have adopted ordinances addressing speed racing spectators, including San Diego, Sacramento, Kansas City, Albuquerque and Milwaukee.

"We can have an ordinance all day long, but how exactly will it be enforced?" Councilman Jaime Resendez asked.

Representatives from Dallas police mentioned they are still looking into best practices for determining enforcement strategies while consulting with municipalities that already have similar ordinances in place.

"Dallas police is doing the best they can. That’s a start. But what the city needs to do, they need to invest, Invest. Invest," Yolanda Williams of Pleasant Grove said.

Moving forward, city staff will begin drafting the ordinance language. They plan to bring the draft back to the City Council’s Public Safety Committee to review in about one month.