'We've written hundreds of tickets': Dallas police cracking down on aggressive drivers in an attempt to prevent road rage 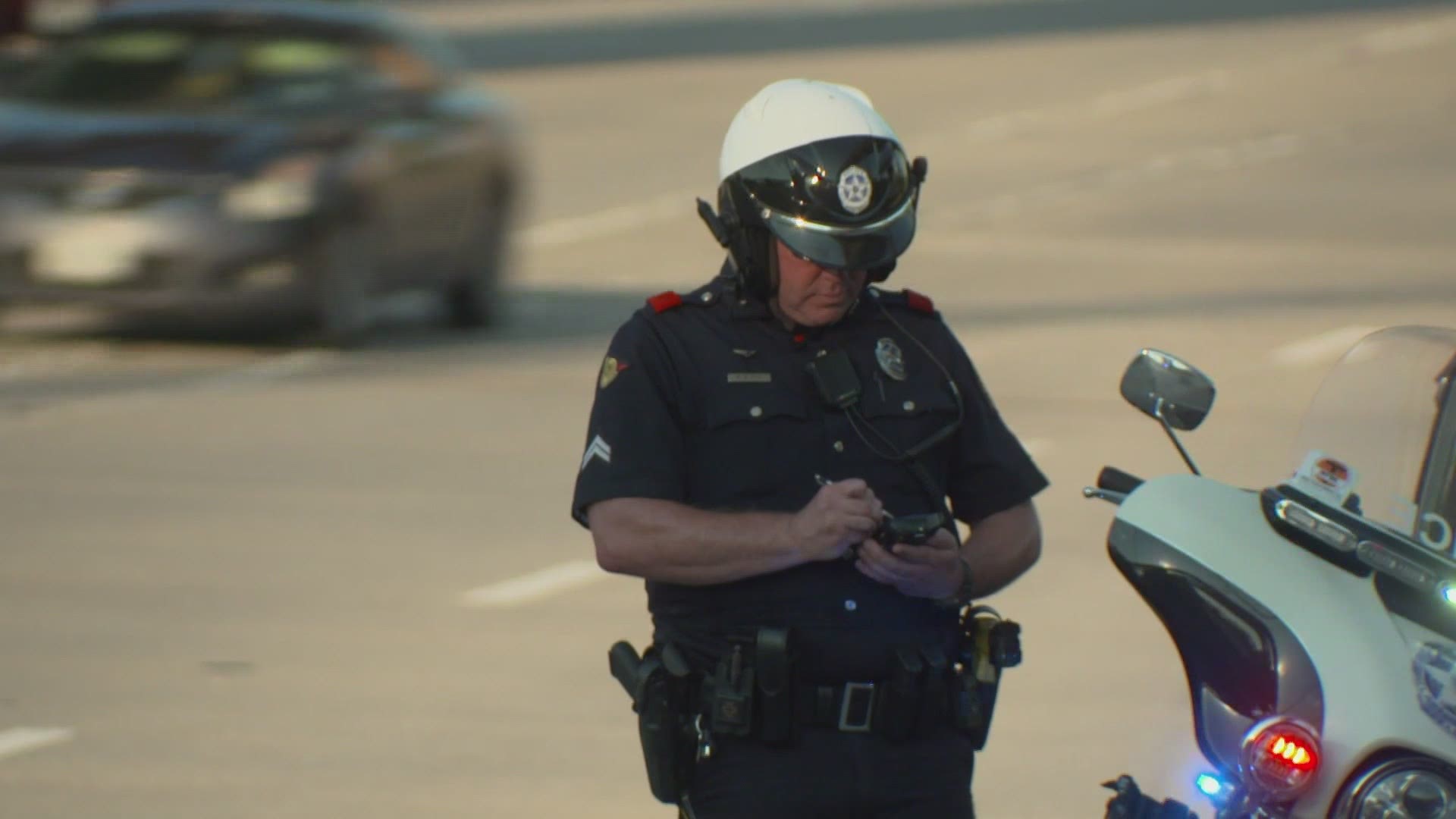 DALLAS — The Dallas Police Department says officers have issued hundreds of tickets this month to try and prevent road rage.

Officers are looking for aggressive drivers as the number of road rage killings have increased this year.

"They are senseless acts that can be stopped if people just take a little more time to get to their destination,” said Deputy Chief Mike Igo.

The Dallas Police Department released its numbers. Since July 4, officers have given out 330 hazardous citation tickets and made five arrests.

“We are looking for the aggressive drivers, people doing improper lane changes, excessive speeds, the excessive honking of horns that are indicators,” said Igo.

Dallas PD and the Dallas County Sheriff's Office recently held a Facebook Live trying to educate people on how easily things can get out of control and turn into road rage.

"With the year of COVID last year we had less people on the streets, which lead to people increasing speeds on the roadways and when people started to go back to work, it caused people to be upset with the number of people back on the streets,” said Igo.

Lee Richardson is with the Brain Performance Center of Dallas.

“We are so reactionary now. The slightest thing can happen, someone could give you a hand gesture or honk horn, and it's just too much,” said Richardson.

Police fear they will see more of this with a new law that will soon take affect that allows Texans to carry a handgun without a license.

So, they say they will step up enforcement even more to try and stop more tragedy on the roads.