In recent weeks, Dallas police Chief Reneé Hall faced criticism about her goal to reduce overall violent crime by 5%. Monday, she stretched that goal to 10%. 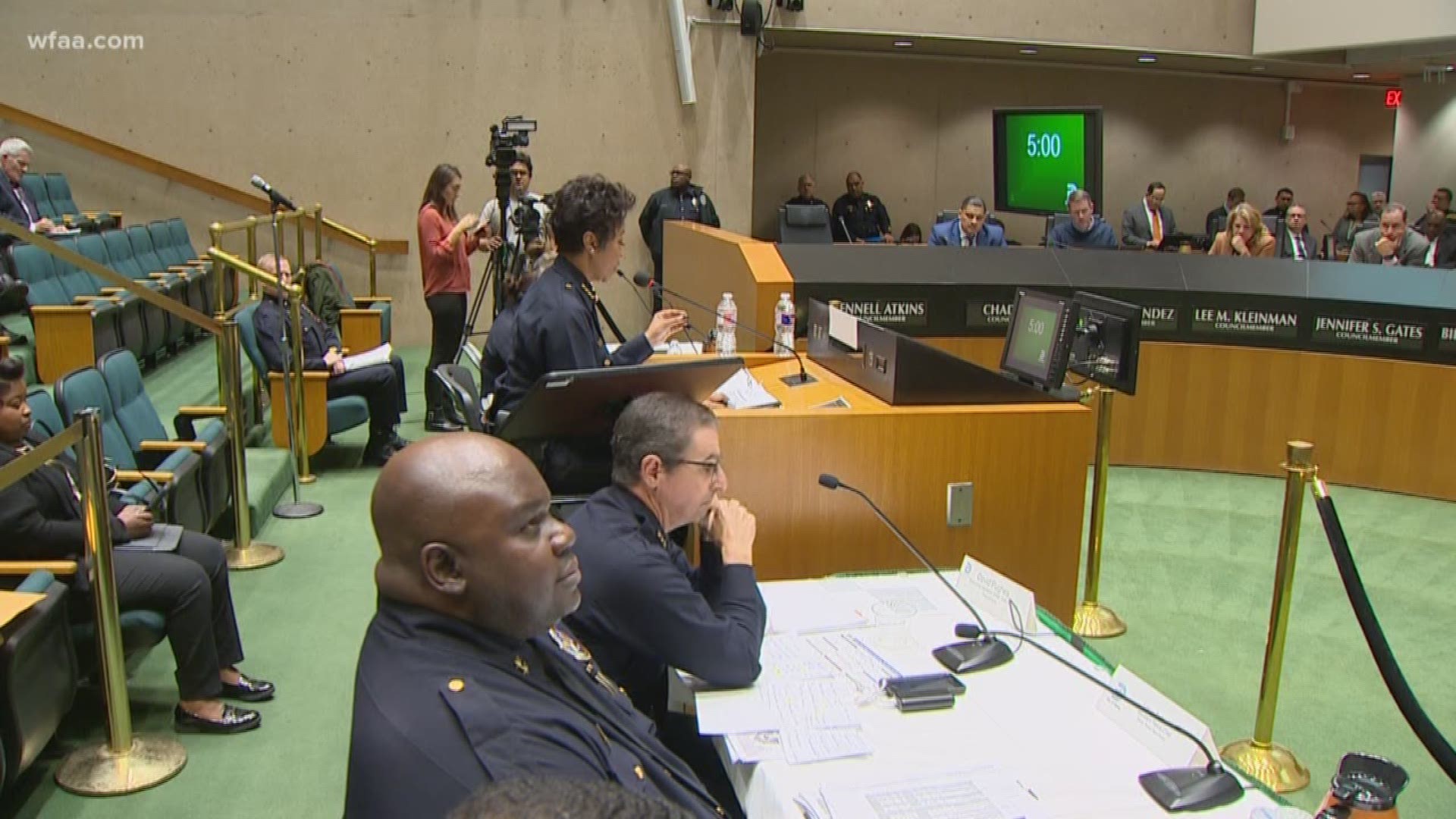 DALLAS — Dallas Police Chief Reneé Hall faced plenty of questions from the public safety committee Monday on her plan to reduce crime in the city.

Homicides and aggravated assault rose by more than 25% and robbery went up by more than 14% in 2019 compared to the year before.

In recent weeks Hall faced criticism about her goal to reduce overall violent crime by 5%. Monday, she stretched that goal to 10%.

“We are confident in this plan and we believe we are going to exceed it, but our goals were based on data, realistic benchmarks,” Hall said.

Dallas Councilwoman Cara Mendelsohn was critical of the goals for 2020.

The plan came after a request from Dallas Mayor Eric Johnson.

“The violence we saw in 2019 was clearly unacceptable and it simply made no sense to me that we didn’t have a data-driven, evidence-based written plan to deal with the problem,” Johnson said.

But Mendelsohn says she doesn’t believe the chief understands the problem.

“Just like a doctor can’t make a diagnosis without understanding what the actual illness is, I’m not sure how you can have this plan when you haven’t articulated what is the problem,” Mendelsohn said. “Is it drugs, is it gangs? What's the issue causing this?"

The plan also looks into leadership and culture. The plan calls for spending $300,000 to fund a study to determine the culture of the police department.

“I just think that’s crazy,” councilmember Adam McGough said. “I think that if we don’t know what the culture is at this point in time, spending another $300,000 to figure that out isn’t what we need to do to help make that happen.”

Johnson hopes to get crime back to where it was in 2018. If that were to happen there would be a 16% reduction in aggravated assaults, 13% reduction in robberies citywide and a 17% reduction in homicides.

Hall pointed out if they are able to pull that off it would be the biggest crime reduction in the city in 25 years.

Hall and the Dallas Police Department are holding listening sessions across the city for the next few months to gather community input on the department. Click here for event dates and times.