'We want to give them opportunities': Dallas Police Chief Renee Hall says she's partnering to help put teens living in some of Dallas' high crime areas to work this summer. 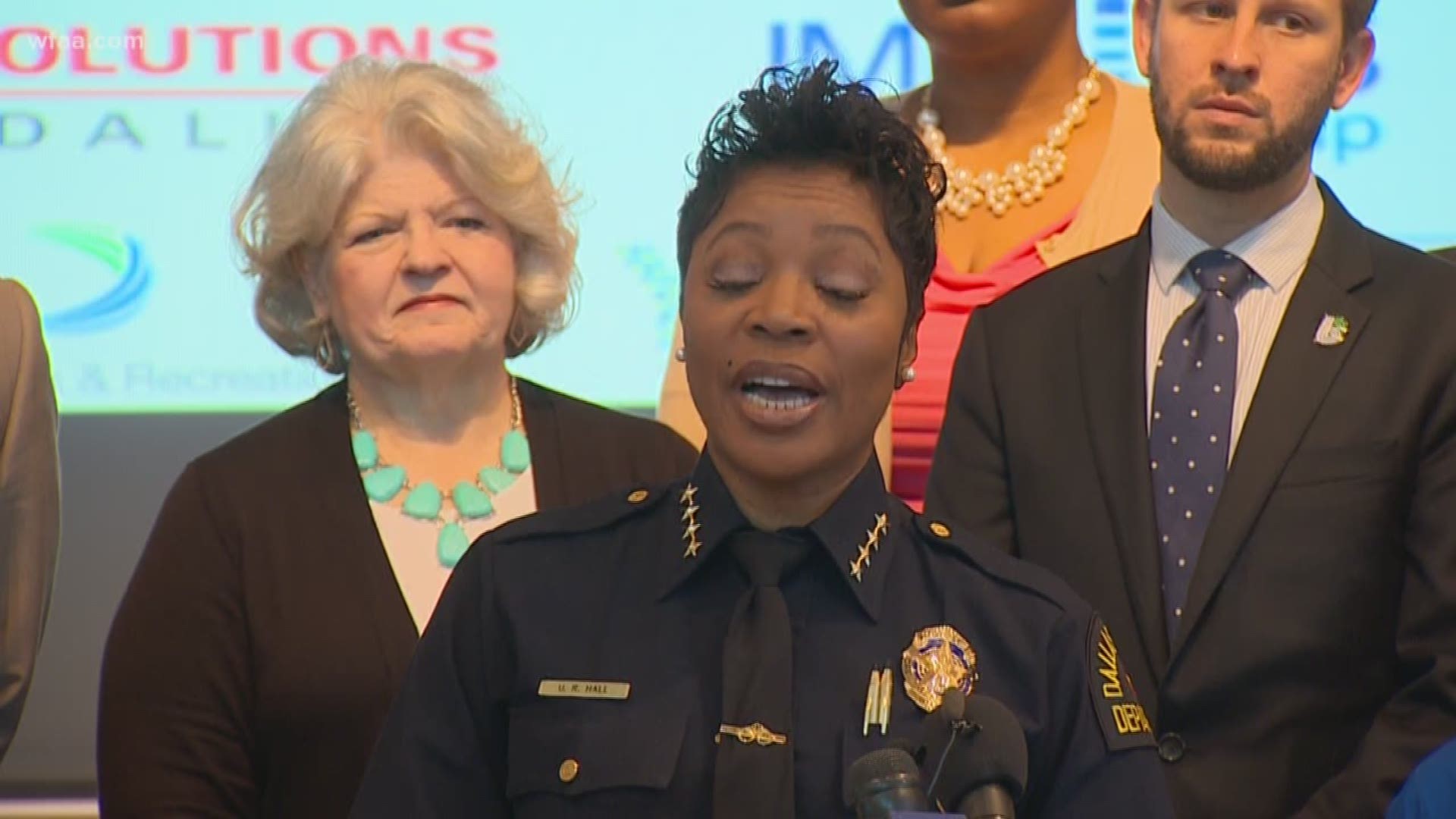 DALLAS — Thousands of students across Dallas will be wrapping up classes in just a few weeks. Right now, the Dallas Police Department is working on a new plan to keep some of the teens off the streets by putting them to work.

"I see a lot of people hanging out," Officer Jerri Rowe said while walking along a street in South Dallas. The neighborhood police officer is in the community each day, engaging with residents.

"We have a lot of thefts, a lot of burglaries, and a lot of robberies in this area," Rowe said.

There is a big reason why Rowe, who is a mother of three, says she makes it a point to engage with teens while on patrol.

"When we're driving around the neighborhood, you'll see some just sitting here, hanging out with each other," Rowe said. "Not engaging themselves in anything productive."

With the end of the school year quickly approaching, exposing teens to options is becoming a major mission for the Dallas Police Department.

"It is in those moments of idle time that our youth can make decisions that can possibly impact their lives forever," Chief Renee Hall said.

"We want to give them opportunities,” Hall said.

"It showed a higher than average crime stat in those areas,” Hall explained. “It also showed we arrested more youth between the ages of 14 and 18."

Some students say they believe the Dallas You(th) Summer Jobs Program could make a difference.

"They are often bored, and don't know what to do. So they often resort to other things," Fernanda Aguera said.

Teens chosen for the summer jobs program will work three days a week, with a variety of government, nonprofit and private firms.

Eligible students can learn more about the jobs programs with their school counselors.