'You are not alone': Dallas police chief and mayor launch new plan to fight domestic abuse

Dallas police are adding more detectives and will work closer with victims and offenders to stop the cycle of violence. 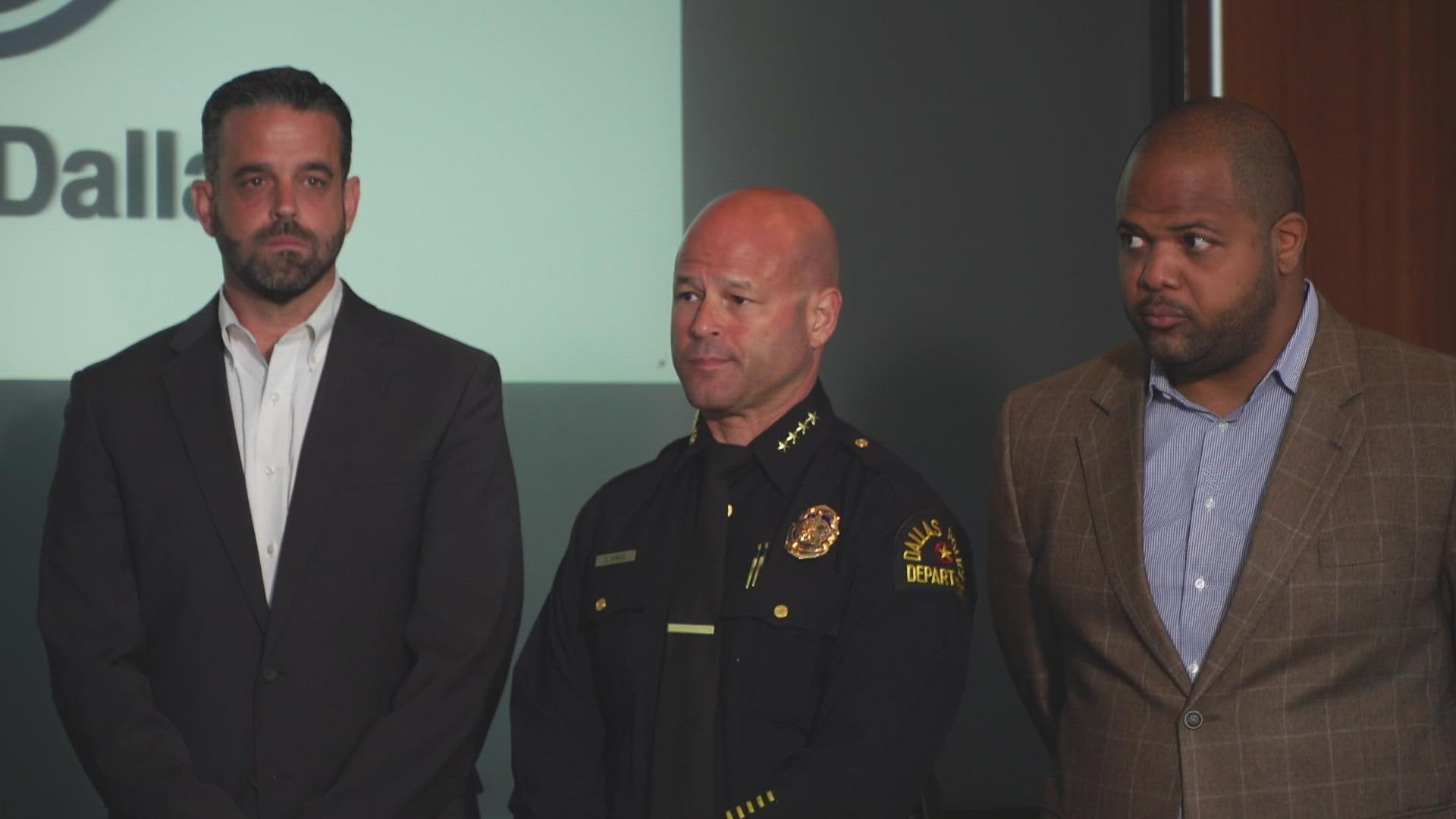 DALLAS — It’s an epidemic where many times victims suffer in silence until it’s too late.

”As a crime that usually occurs behind closed doors. Domestic violence poses a unique challenge to those of us trying to stop it,” said Dallas Mayor Eric Johnson.

During the pandemic, domestic violence increased across the nation.

In Dallas, it increased more than 14% in 2020. Most of the victims were injured or killed by intimate partners.

So, Mayor Johnson and Dallas Police Chief Eddie Garcia unveiled a new plan to try and reduce the number of victims.

Here are three components of the plan:

- Resume home visits to check victims and alleged abusers and determine if the victim is at high risk of being hurt.  They had lethality studies in the past and had victims fill out forms to gauge if they were high risk.

- DPD will also be working with federal authorities to prosecute domestic violence offenders who aren’t supposed to have guns. They also plan to work with domestic violence shelters to help victims get out of their situation.

”And to the extent we can get messages out to our survivors and victims. You don’t have to live in that environment,” said Garcia.

Police have been arresting offenders but say they will work faster to clear hundreds of outstanding domestic violence warrants.

“We are not going to tolerate violence in our city,” said Garcia.

Garcia says this effort is another component of his crime fighting plan targeting violent criminals.

The department will also try to get higher bonds on offenders and if they do make bail, track them with ankle monitors.

In January, a new law will go into effect that will allow bond information to be shared with police officers in the field.  So if they ran a check on a person, the bond information will show up on their computers. If an offender is in violation of any of the bond stipulations, they will be arrested.