Imam Omar Suleiman received eight death threats after he was invited to say the opening prayer in the House Chambers last Thursday. 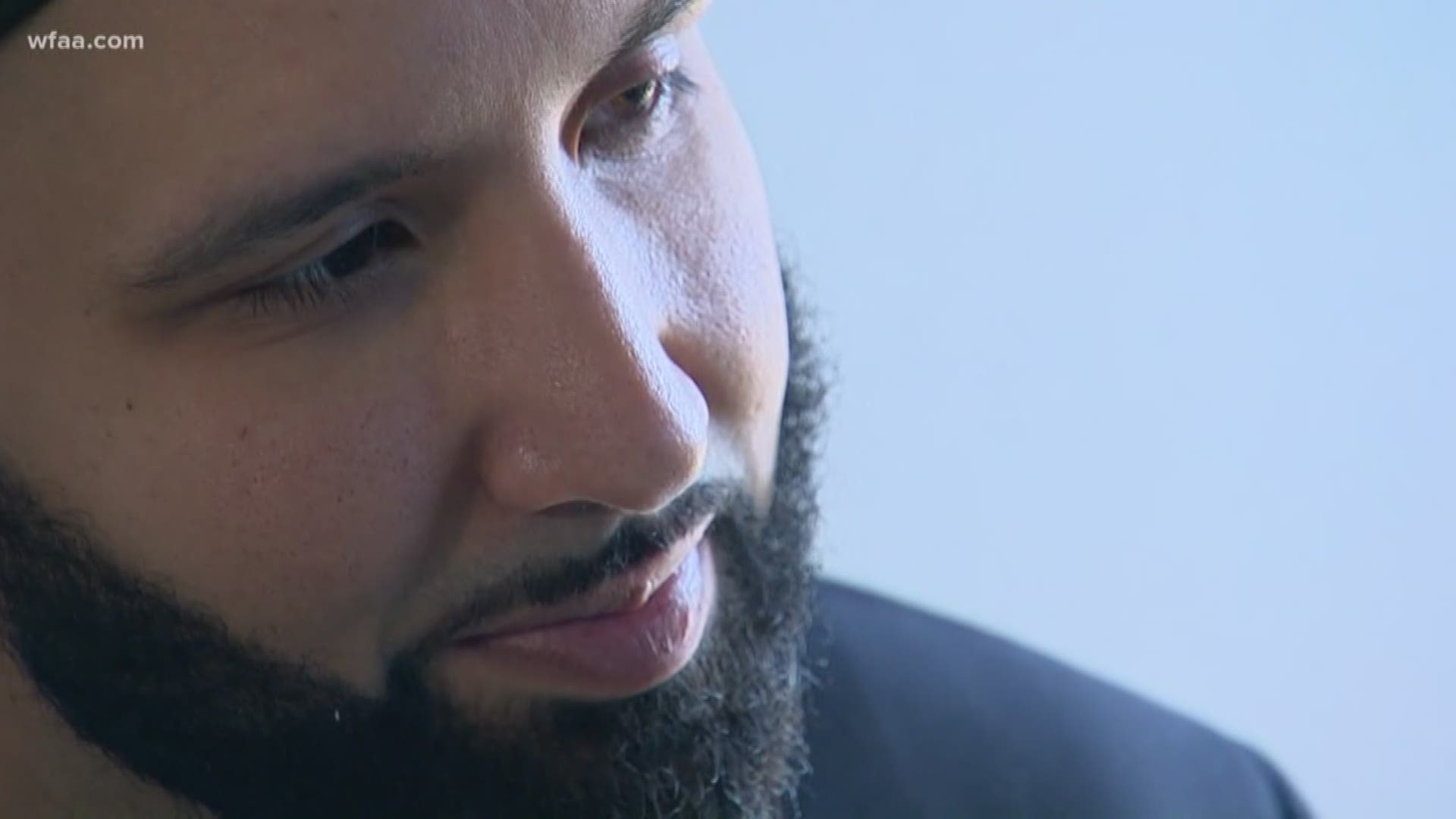 DALLAS — When WFAA met with Imam Omar Suleiman, he was not his normal self.

Normally he is very jovial, but on Monday he was very subdued, and it was clear the past several days have taken a toll.

The well-know Dallas imam has received eight death threats since he gave the opening prayer in the House Chambers.

"I know what my presence meant for American Muslims and for that reason it was exciting," Suleiman said. He said that excitement quickly turned after the online onslaught against him started.

"This was clearly a well-coordinated machine. As soon as I finished my prayer it just started a few hours later," said Suleiman.

He said hundreds of articles were pushed out, calling him anti-Semitic. New York Republican congressman Lee Zeldin aimed a tweet at Speaker Nancy Pelosi saying Suleiman "accused Israel of being terrorists" and that Suleiman "posted in support of the Muslim Brotherhood."

"It's just very ironic to me that these people are able to force us to defend ourselves and deflect from their own bigotry," Suleiman said.

A statement from Zeldin's office reads:

"It is totally unacceptable that Speaker Pelosi had Omar Suleiman give the opening prayer yesterday in the House of Representatives. He has a long, documented history of comparing Israel to the Nazis and calling them terrorists, supporting the Muslim Brotherhood, inciting violence calling for a Palestinian intifada and the end of zionism, and far more. This was a terribly bad call."

Suleiman admits his critique of Israel and says he does not intend to stop. But he also says it has no bearing on the alliances he's made with the Jewish community in DFW.

"If they cause us to cower in fear and break our coalitions then they win," he said.

The support for Suleiman has come swiftly from religious groups and individual religious leaders. Pastor George Mason of Wilshire Baptist said Suleiman "is a spiritual and a moral leader of the highest character. He is also my friend."

Support for the Dallas imam has also been generated under the Twitter hashtag #UnitedForOmar.

Over the last several days, he's had eight death threats, and local police is now involved.

Imam Suleiman is trying to avoid social media but admits that is hard. He says one thing that will not stop is his work to unite people.