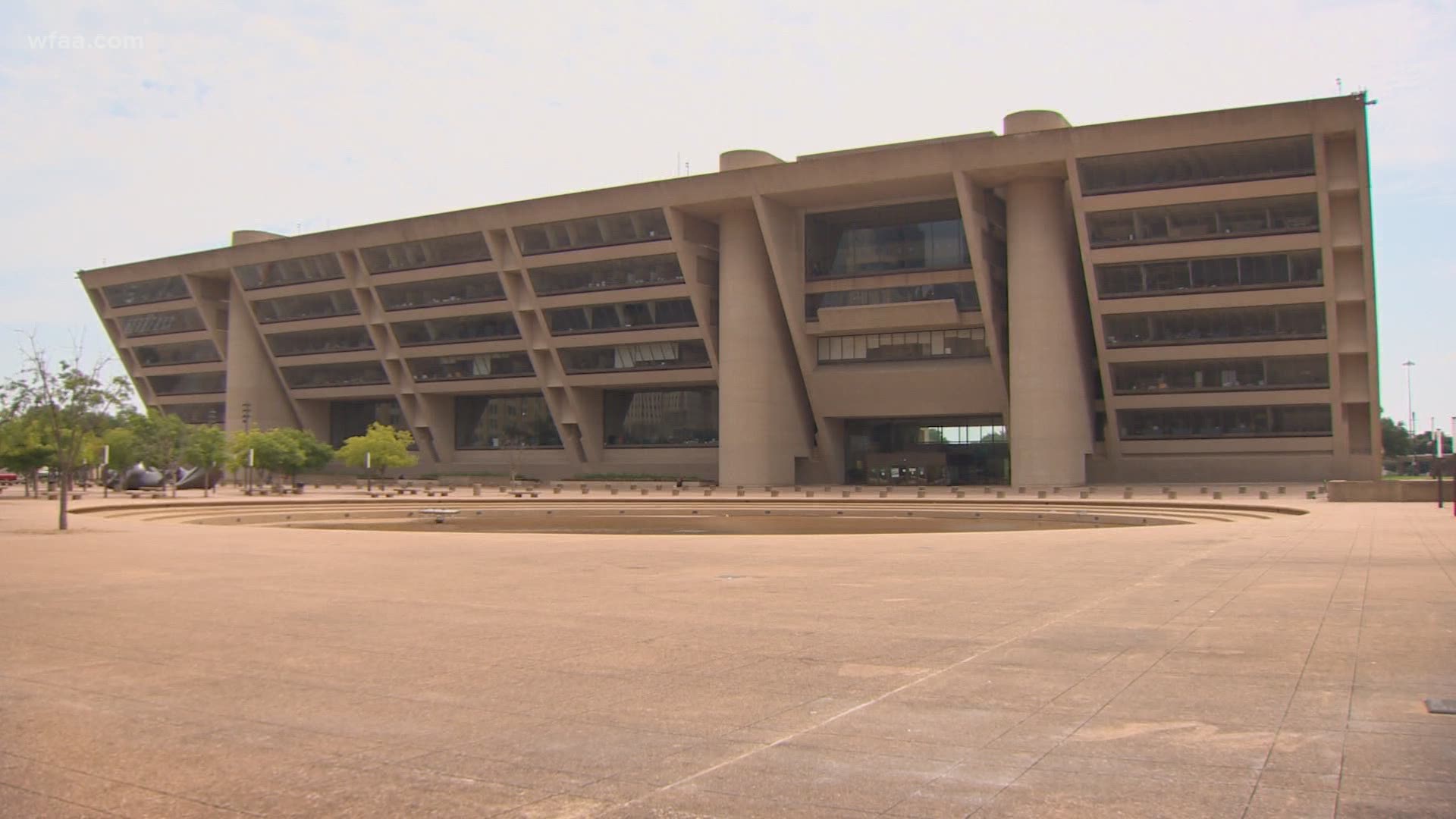 Dallas City Council will have a long list of amendments to consider as they begin discussing budget recommendations for the 2020-21 fiscal year.

Part of those discussions will include Dallas Mayor Eric Johnson's proposal to cut $6.5 million in city salaries to fund other initiatives.

Less money is coming in, in part due to reduced sales tax revenue, and the mayor says there are still expenditures.

“I don’t think the budget as it’s currently proposed by the city manager is a bad start,” Johnson said. “It doesn’t do enough to provide relief to the residents of Dallas during a pandemic.”

Johnson recently sent a memo to City Manager T.C. Broadnax offering three amendments. The mayor said his proposals are based on $6.5 million in salary cuts.

The mayor would like the savings from salary cuts to be put toward "a holistic approach to public safety."

With violent crime continuing to increase across Dallas, the mayor said he's proposing hiring more civilians in Dallas Police Department. The move, he said, would allow existing officers to remain on the streets fighting crime.

“We need to get back to violence interruption programs, and things to try to keep youth from escalating their conflicts into violent conflicts,” Johnson said.

“Salary reductions are an attempt to avoid layoffs and avoid furloughs,” the mayor said.

However, in a memo WFAA recently obtained from city employees to the city manager, an unidentified staffer writes, “When our city leaders talk about cutting our pay, money we have worked hard for, for years, to make a political point, it is very demoralizing.”

“If this request by the mayor moves forward, there are several employees who will leave," the employee wrote in the memo.

Johnson said some public sector salaries in the City of Dallas are bloated.

The salary cuts wouldn't be applied to anyone making less than $60,000 a year.

Dallas City Council must finalize the budget by the last Wednesday in September.