Chief Eddie Garcia talked with WFAA about his crime plan, which he unveiled about six weeks ago. 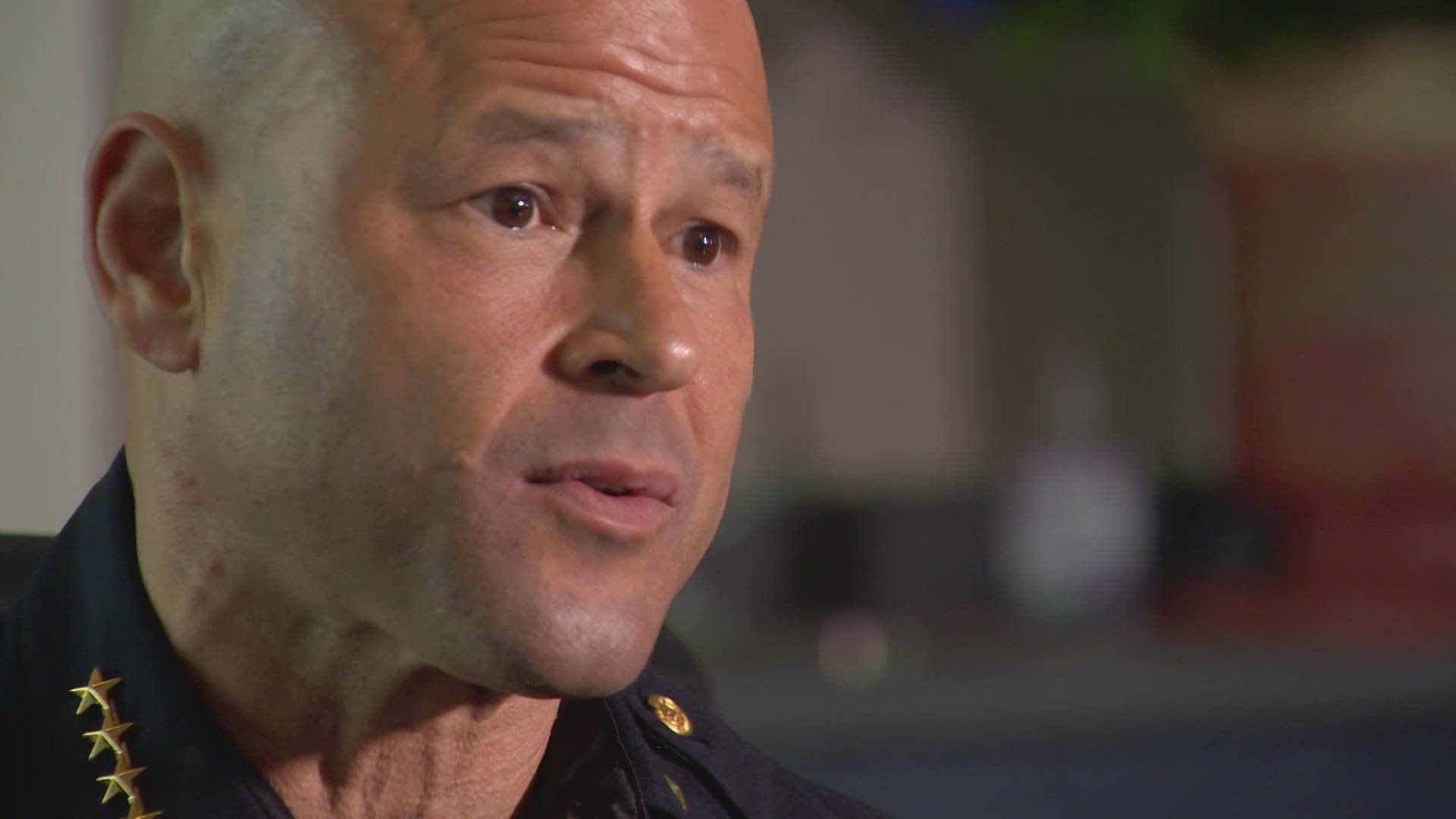 DALLAS — While Chief Eddie Garcia believes crime numbers are trending down in Dallas, he knows there's work to be done.

It's been a violent two weeks in Dallas. Just this weekend, three people were killed and 14 wounded by gunfire.

"One aggravated assault and one murder is too many.”

Garcia said he knows that behind the numbers are human beings. He's hoping his new crime plan will help reduce violence in the city.

Garcia's plan targets habitual criminals in 41 areas or hotspots, where the majority of the crime is taking place.

RELATED: Violent crime is up again in Dallas in 2021. Here's Chief Eddie Garcia's plan to reduce it

"This plan is like a fever medication, it only works for so long and only works as long as you are taking it," said Garcia.

While the plan is only about six weeks old, he said they are seeing some results. If you compare this June to last year, Garcia said, there are fewer crimes.

"We are not screaming success because, as the experts will tell you, we have good days and bad days," Garcia explained.

He hopes the trend continues downward, because for the last few years violent crime has gone up in Dallas.

Garcia said his plan is only part of the solution; he also needs more officers and the community's help.

“We are up 10% for murders, we are up 9.21% for family-aggravated and up 3.82% for non-family violence aggravated assault, but of course that’s on top of last year’s increase and the year before that’s increase,” Mendelsohn explained.

She said she has a lot of confidence in Garcia and his plans to reduce crime, but said she believes it will take a lot more than just the police department to bring down crime. She hopes the new budget appropriately funds DPD.

“There is no question in my mind that the number one job of the city is to provide public safety,” Mendelsohn said.

Callers are facing long delays trying to get through to 911 in Dallas, as WFAA has reported. Last Thursday, it took 911 around 12 minutes to answer calls about a 7-year-old girl who had been stabbed. She later died.

"We have reached a level that is unsatisfactory. Every police department's number one job is to answer 911 calls for service, and we recognize that," said Garcia.

There's a severe staffing shortage at the call center and dozens of operators are needed. The city has 110 authorized positions. Right now, there are only 84 call takers on staff, with some of those still in training.

For now, Garcia is trying to find ways to boost call takers, including sending new police recruits to answer calls.

"We needed something now and this is the now that we got to. Obviously this didn't happen over night," he said.

Garcia said he knows these fixes are temporary. He needs those recruits on the streets.

The city put out a memo outlining some of the steps they will take to shore up staffing in the call center, including saying that employees from other departments will help fill the void in the short term.

But that is just a temporary fix. The city is also offering $3,000 signing bonuses to attract new talent, as well as approving overtime for current employees.

"We're probably not paying appropriately. We're not paying enough, and the Dallas Police Department does recognize that," Mendelsohn said.

She added that the job is a tough one and the public needs to realize that call takers are hearing trauma every day.