Elijah Robertson, 10, said he couldn't find books he enjoyed reading in his school library. So, he decided to write his own books. 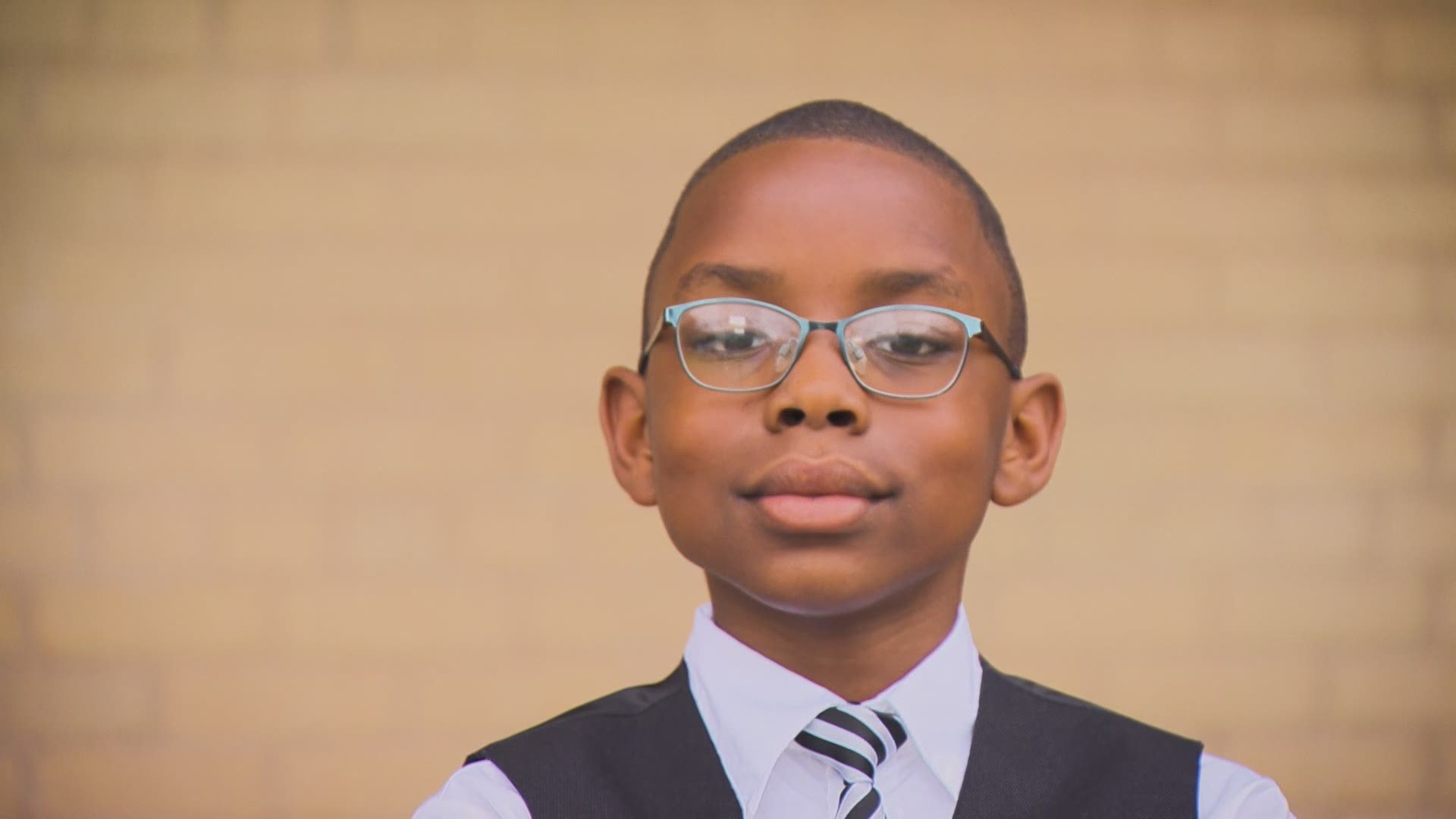 DALLAS — Some say stories can help the mind and imagination explore.

It’s a story about a trip into a virtual adventure where two friends find themselves sucked into a computer game, and 10-year-old Elijah Robertson is writing it.

The mission, Robertson shared, is about battling enemies in order to escape before the computer’s battery runs out.

“I am Elijah Robertson and I am an author,” the fifth grader said, as he sat on the stairs outside Clara Oliver Elementary School in South Oak Cliff.

Robertson said his first published book takes readers on wild journey. He’s a gamer, in his spare time. So, gaming is the focus of his first story.

“I felt bored sitting in the library, not knowing what book I could find that is very interesting to me,” said Robertson.

So, the fifth grader said he decided to do something about it.

“I just thought that maybe I could write my own books, about books that I like and mix it up with my games,” he explained.

Robertson said he spent recess in the library and much of his down time writing. His younger sister, Josephine, encouraged him along the way.

”I just write like, a lot of words. My hands just start hurting. I don’t care,” said Robertson.

The young scholar calls writing a passion. He said a lot of people helped motivate him, including teachers and staff at Clara Oliver Elementary School.

Principal Cheryl Freeman said it takes a village. There is a circle support helping Robertson and other students explore their passions.

“Our students are called scholars. They are the 'Rockets.' Our staff are called the 'Rock Stars.' And they are rock stars for a good reason. They rock,” said Freeman.

For now, Robertson’s book is published online through a site and app for writers called Wattpad.

Robertson said he would like to become a YouTuber and wants to inspire other children.

“I’m trying to let them know that they can be an author too,” said Robertson.

RELATED: Dallas boy is behind that chilling waterbed scene in the new 'Conjuring' film, and is taking Hollywood by storm