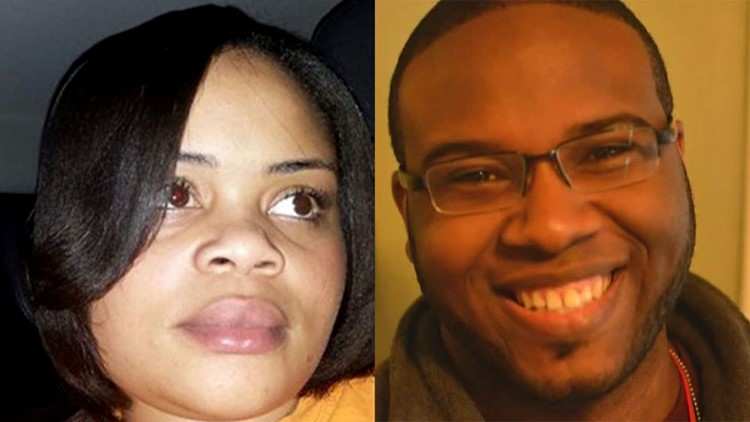 Photo by: Courtesy photos
Atatiana Jefferson, left, was killed by a Fort Worth police officer weeks after a Dallas police officer was convicted in the murder of Botham Jean.

As the New Year nears, here's a look at WFAA's pick for the eight biggest stories of 2019.

Just weeks after former Dallas police officer Amber Guyger was sentenced to 10 years in prison for the murder of Botham Jean, a Fort Worth police officer shot and killed Atatiana Jefferson inside her home. Though Jefferson was killed a year after Jean, many in the Dallas-Fort Worth community were comparing the two police shootings. Both victims were black and inside their homes when they were killed by white police officers.

On Oct. 20, Dallas and the surrounding areas were hit with 10 tornadoes causing more than $2 billion in damage. WFAA journalists discuss what went on behind the scenes and what it was like covering the devastation that evening.

RELATED: 'Some families will never be the same': Recovery from Dallas tornado split along economic lines

Vaping-related illnesses across the country

A sudden increase in lung illnesses was linked to vaping across the country and North Texas. The WFAA investigative team looked into what is in vaping products, some of which teens can easily buy.

RELATED: Clearing The Air: We'll show you where kids are buying e-cigs, and how regulators missed their chance to stop an 'epidemic'

RELATED: We had vaping products tested in a lab. Here's what we found.

A gunman killed seven people in Odessa in August. The attack occurred just weeks after an Allen resident drove more than 11 hours to El Paso, where he is accused of killing 22 people at a Walmart. Authorities are seeking the death penalty for Patrick Crusius.

RELATED: 'We'll get through this': Neighbors in West Texas want to focus on sense of community

It was a busy year at Globe Life Park. It was the final season there for the Texas Rangers. Also, Adrian Beltre and Michael Young both returned to have their jerseys retired. Fans flocked to the final game of the season to honor many of the former Rangers who were lucky enough to call this field home for a time.

This year WFAA viewers met some inspiring individuals who captured our hearts. We take a look at a few of our WFAA Original stories and get a glimpse from the creators on why stories like theirs matter.

After 21 years in the NBA, Dirk Nowitzki retired in 2019. The beloved Dallas Mavericks player now has a street named after him in front of the American Airlines Center.

Billy Chemirmir, 47, has been charged in the deaths of 12 elderly women and is accused in at least six other slayings of elderly people, court records show. Civil lawsuits suggest Chemirmir posed as a maintenance worker at a senior living facility to gain access to his victims.

Check back as WFAA continue to share the biggest stories of 2019.

RELATED: Zeke Watch: Elliott not on the Cowboys plane to Oxnard

RELATED: Navy veteran found in his apartment had been dead for 3 years, medical examiner says