In the last 72 hours, officials reported 5 water-related calls in McKinney. Reid McCullough recounted his own experience. 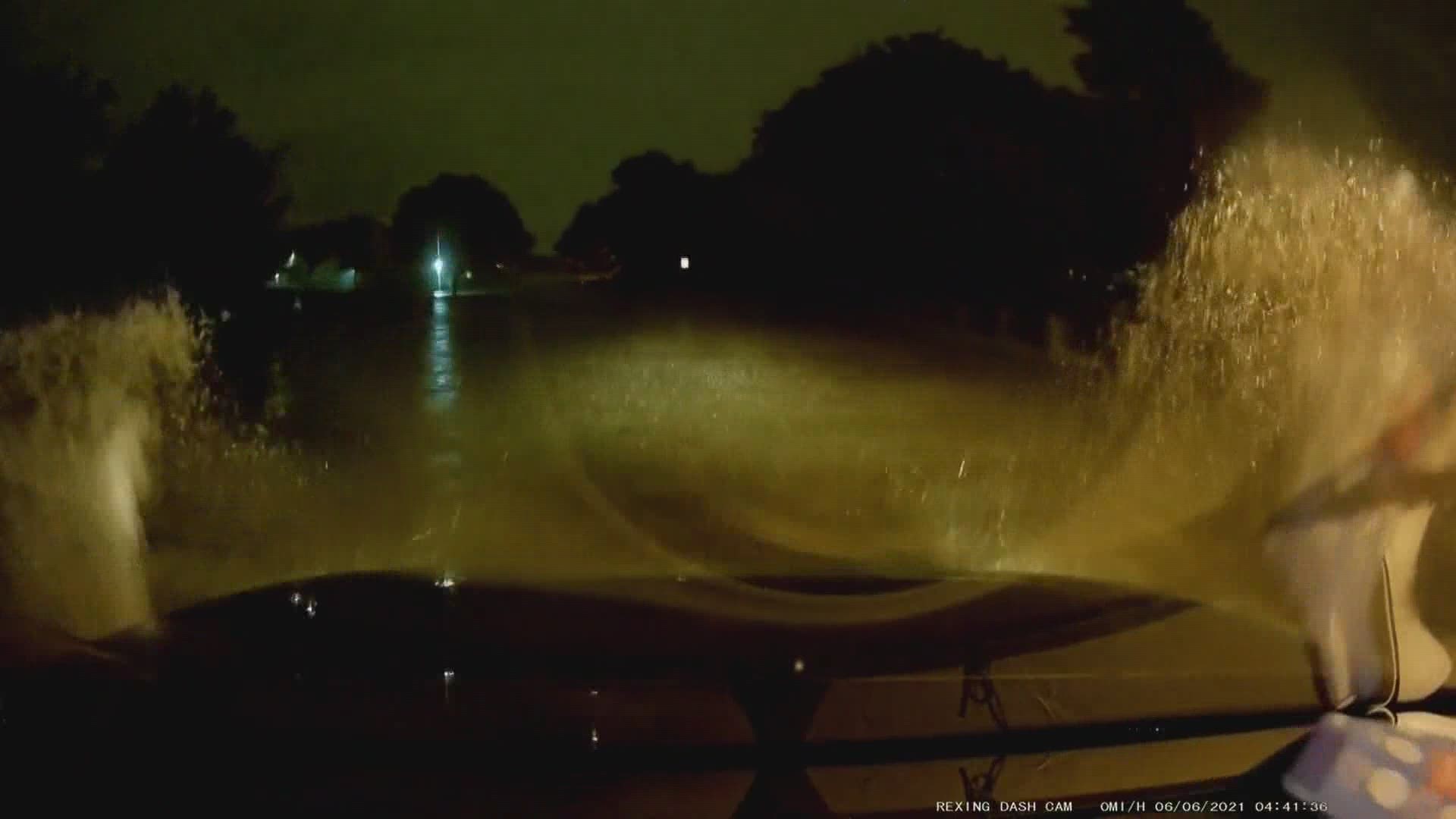 MCKINNEY, Texas — According to the National Weather Service, many parts of Collin County have received between 5 and 8 inches of rain in the month of June - and it's still early.

With all that precipitation comes lots of runoff and potential for localized flooding. Places like Towne Lake Park in McKinney historically floods, and that's because it serves as a flood plain.

In the last 72 hours, officials reported there were five water-related calls in McKinney. All ended without incident.

Reid McCullough was just one person to experience one of those water-related incidents.

The recent Plano senior graduate was on his last stop at work this weekend in Plano when he unknowingly drove into high water. McCullough showed WFAA his dash-cam footage, which shows a very ill-lit road. During the video, the vehicle meets high water that appeared seemingly out of nowhere.

"I hit the water immediately, and three seconds later I lost control of the car," McCullough recalled.

McCullough told WFAA his car had shifted 90 degrees, and so he decided to put on the parking brake immediately. At one point the water was up to his cup holders inside the vehicle and up to the door handles outside the vehicle. He waited almost an hour in his vehicle for help, but it was the first 25 minutes that were scariest.

"I thought that if it gets any worse ... I'm probably going to die," McCullough recalled.

McCullough survived but his car is totaled. He told WFAA that another vehicle nearby had also stalled out. Waiting that hour allowed the water to slowly recede, and he was able to get out of his car.

RELATED: Tips: What to do if you find yourself in a sinking vehicle during severe weather, flooding

"Moving water is not something to be played or messed around with," said Capt. Thomas Kosten of the McKinney Fire Department and its swift water rescue team.

Kosten told WFAA that the ground is so saturated that the banks of creeks and lakes are not solid ground. All it takes is one bad step that may force you into fast-moving water.

McKinney is putting the word out to residents to only witness the high water from afar. Kosten said barricades shouldn't be taken lightly and never assume to know how deep the water is.

"It only takes an inch of water to move a vehicle," Kosten cautioned.