According to fire officials, the firefighter suffered burns and a lower back injury but is expected to recover. 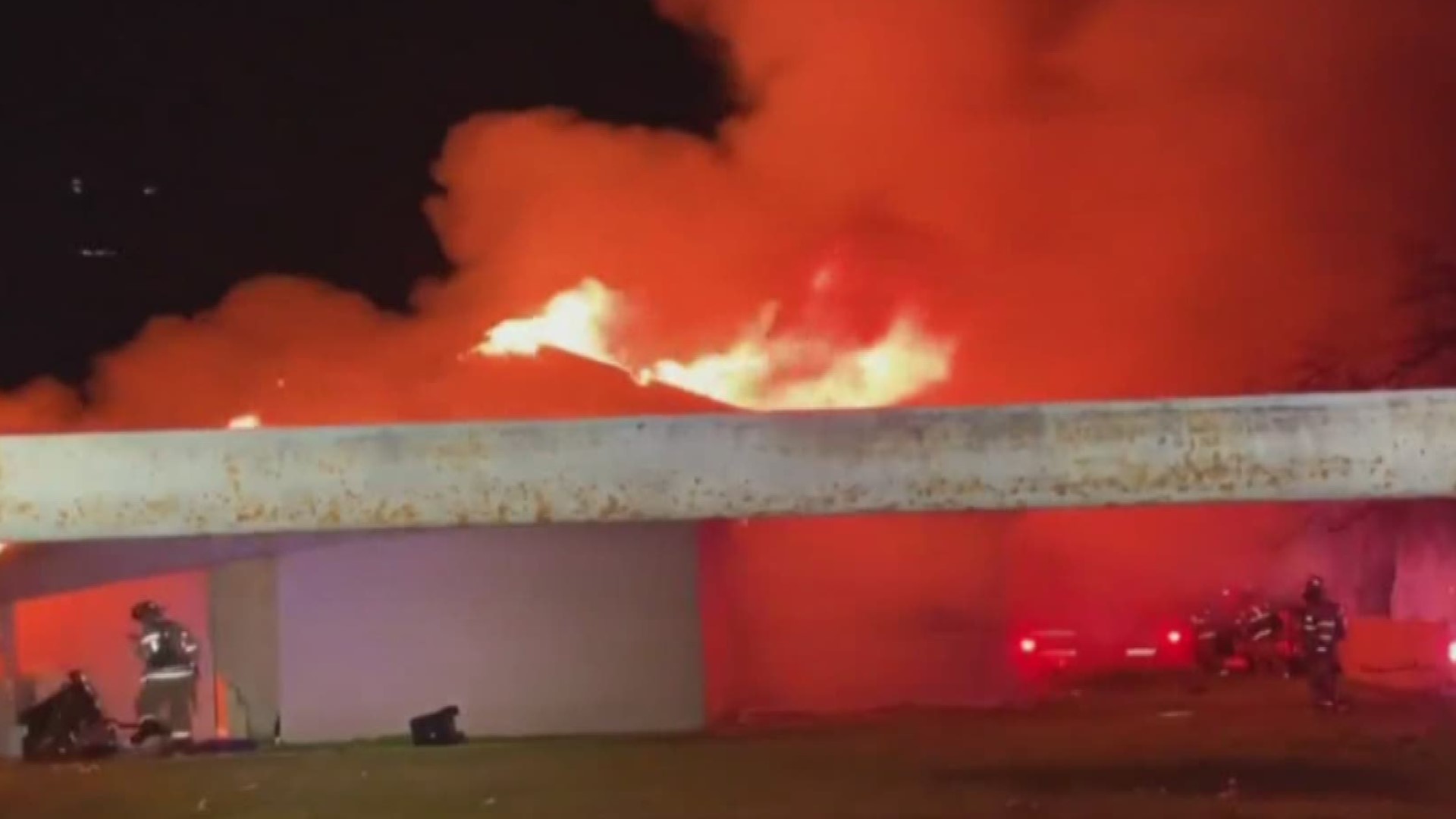 Firefighters responded to the scene of a vacant commercial building fire just before 2 a.m. in the 2600 block of Walnut Hill Lane.

A video from a viewer shows part of the building that is on fire collapse on top of the firefighter.

According to fire officials, the firefighter was 28-year veteran Captain Ronald J. Janek. He suffered burns, significant injuries to his lower back and foot.

Janek was transported from the scene to a local hospital.

Fire officials said Janek' s injuries were non-life threatening and he is expected to be OK, but he has a long road to recovery.

"On behalf of his entire family, he wishes to thank everyone who has expressed their concerns, and sent well-wishes, after seeing the video of the collapse from the morning’s news coverage."

No other injuries were reported, according to firefighters at the scene.

Fire crews were able to use hand lines and ladder pipes to eventually put the fire out, officials say.

The cause of the fire is still under investigation.