Sources said the woman who was rescued has burns on 20% of her body and is expected to survive. The firefighter is also expected to be OK, sources said. 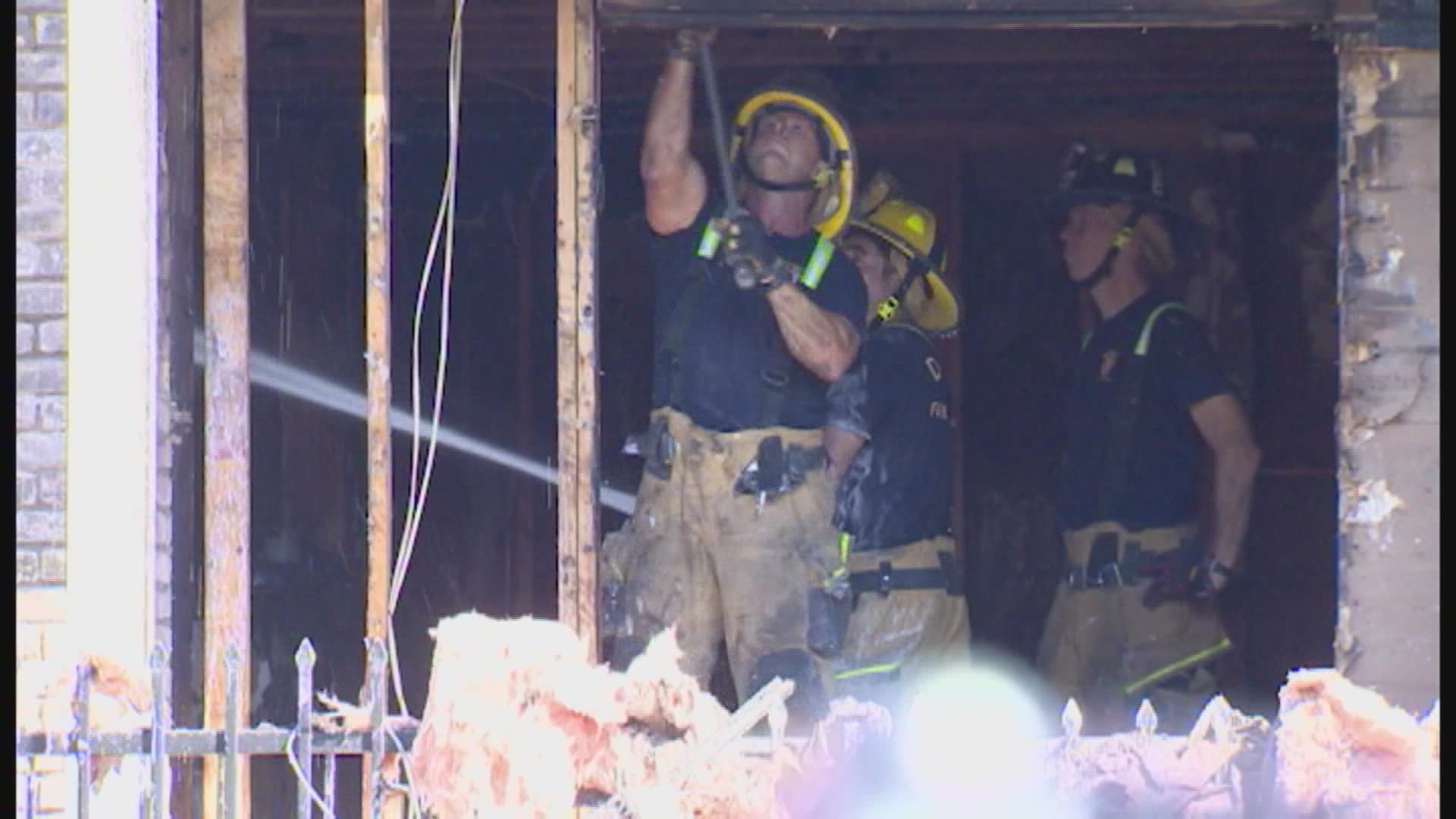 DALLAS — Updated at 4:10 p.m. with quotes from residents.

A Dallas firefighter was injured while helping a woman off a balcony during an apartment fire in Lake Highlands on Tuesday morning, officials and sources told WFAA.

The firefighter was in stable condition Tuesday and expected to be released later in the day.

The fire happened at an apartment at 11151 East Lake Highlands Drive, near Northwest Highway.

The firefighter was on a ladder and trying to help a woman off a balcony when a flash fire ignited and blew back the woman and the firefighter, apartment residents and sources told WFAA.

The firefighter struck a fence and suffered a cut. Other firefighters were able to stop the bleeding and he was taken to Presbyterian Hospital in Dallas, sources said. The woman was expected to be OK.

The fire appeared to be mostly put out by 10 a.m.

More information about how the fire started was not yet available.

It was Susan Thornton's apartment that initially caught fire this morning.

Thornton said the fire spread quickly and the neighbor above her couldn’t get out.

“The fire was just too hot and they both ended up going over,” said Thornton.

”The one firefighter got up on the ladder to the second floor. My neighbor was out there and she was so frightened. She threw her dog to [another neighbor],” said Thornton.

Another resident also gave WFAA her account of what happened.

Residents said they watched the firefighter fall on the spikes of a fence. Police officers who were the first to arrive told WFAA they saw the firefighter bleeding on the ground.

”I just pray for that firefighter,” said Thornton.

Sources told WFAA the woman who was rescued has burns on 20% of her body and is expected to survive.

The firefighter has second-degree burns on his hands, had to have staples on his head and has a gash in his leg where he was impaled on the fence, but is expected to be OK, sources said. He’s the fourth Dallas firefighter in the hospital right now from injuries sustained on the job.

RELATED: 'I just feel completely knocked all the way down': Mom displaced by Dallas apartment explosion dealing with trauma, homelessness

Residents are calling the firefighter a hero.

“It was absolutely amazing. His courage. So thankful they were here. He risked his life. He truly risked his life trying to save this person,” said Sarah.