Five priests had been laicized – meaning their clerical status had been removed by the Pope – and one more was pending laicization. Seventeen are deceased. 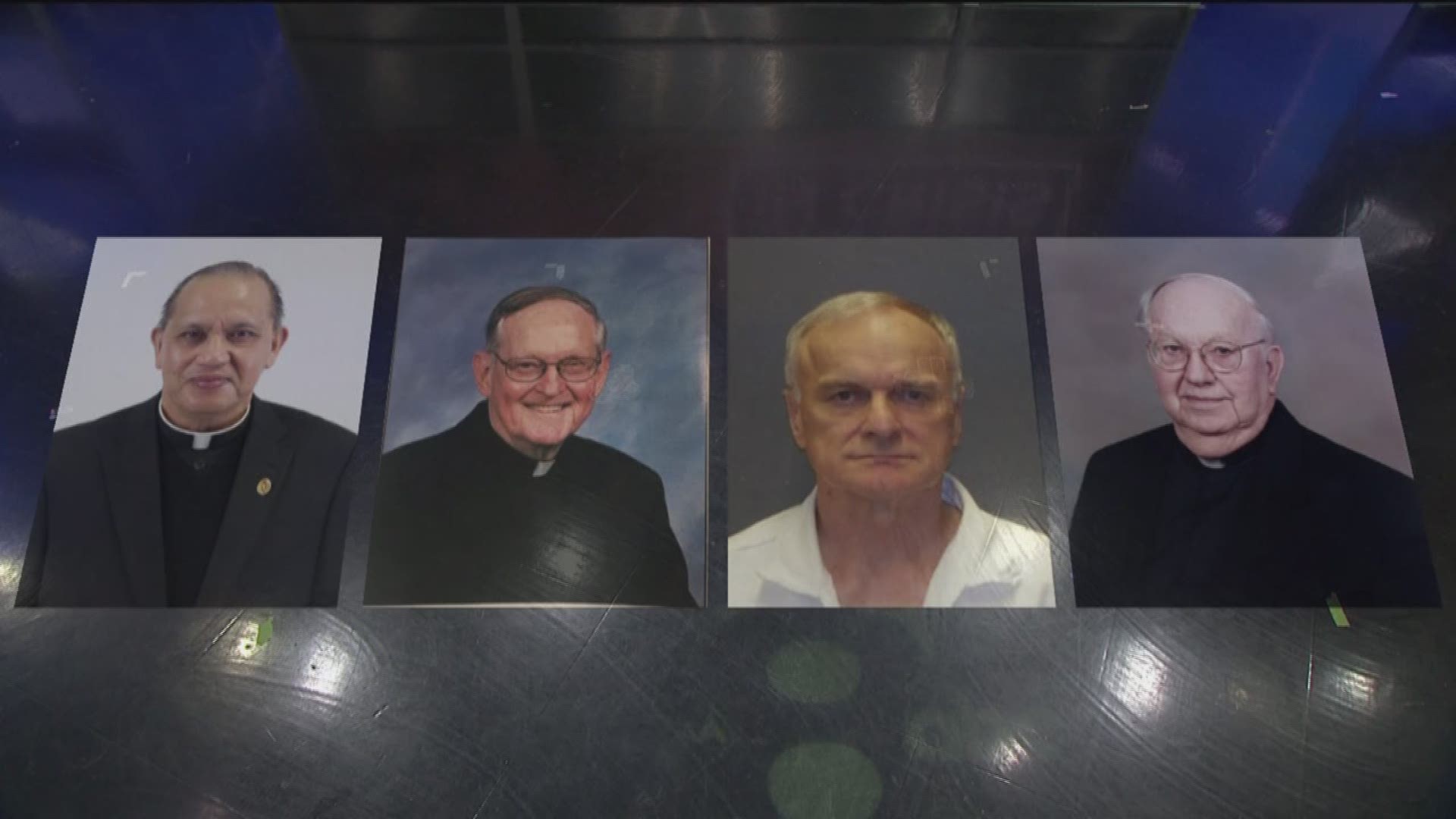 On Thursday, dioceses across Texas – including Dallas – released names of priests "credibly accused" of sexual abuse of minors over the last seven decades.

Incardinated in Diocese of Dallas

• William Hoover, Deceased, Diocese of Dallas (1969 - Diocese of Fort Worth)

Incardinated in Other Diocese or Religious Order

RELATED: Timeline: A history of priest sex abuse in the Catholic Church

"There's been an outcry for the need for transparency in the church and I am pleased that we are doing this," said Edward J Burns, bishop of the Diocese of Dallas, in an afternoon news conference after the list of priests was published. "I recognize there is a time for healing. There is a time to be held accountable for all that has taken place."

The priests named on the list were determined to have had credible allegations of sexual abuse of minors from 1950 through today.

"A credible allegation is one that, after review of reasonably available, relevant information in consultation with the Diocesan Review Board or other professionals, there is reason to believe is true," Burns wrote in a letter to the diocese published with the list.

The Fort Worth diocese has had a publicly-posted list of credibly accused priests since 2007.

For decades, the Catholic Church has dealt with the priest sex abuse crisis as allegations have surfaced worldwide.

The scandal has grown worse with allegations of widespread cover-ups, lack of law enforcement involvement, and proof that accused priests were simply moved from one parish to another instead of removed from the ministry.

While the list names accused priests, it does not name clergy members who might not have reported the abuse.

He added that he didn't know what could happen to those who've shirked that responsibility in the past.

"What is going to happen today – we're going to be held accountable," Burns said.

The church has paid out more than $3 billion to settle sexual abuse claims, according to an analysis of BishopAccountability.org, an online database that tracks the sex abuse crisis.

At least 70 U.S. Catholic dioceses across the country have released the names of credibly accused priests. Other dioceses include Boston; San Diego, California; Portland, Maine; Fort Worth, Texas; and Louisville, Kentucky.

"To those who've been abused, I stand before you expressing the sorrow of the church," Burns said. "They were abused by men who were to be trusted and that trust was broken and innocent lives were shattered. For that, it is important for us to do whatever we can to reach out to them and assist in their healing."

The names released by the Dallas Diocese on Thursday were from across North Texas and weren't limited to just Dallas-Fort Worth. One of the names was Father Jeremy Myers, of St. Mary Catholic Church in Sherman.

The Texas Catholic publication reported that Burns personally met with St. Mary parishioners on Wednesday night, before the full list was release. Myers had been a pastor at St. Mary for 20 years before he was removed last year.

Below is a list of WFAA's previous coverage of the sex abuse crisis within the diocese:

• Priests to be revealed by diocese are 'credibly accused' of abuse. What does that mean?

• How to report in the Catholic Church in North Texas

• Who investigated the Dallas diocese?