Brady will be looking to get his so-called sputtering offense jump-started against the Cowboys Sunday. 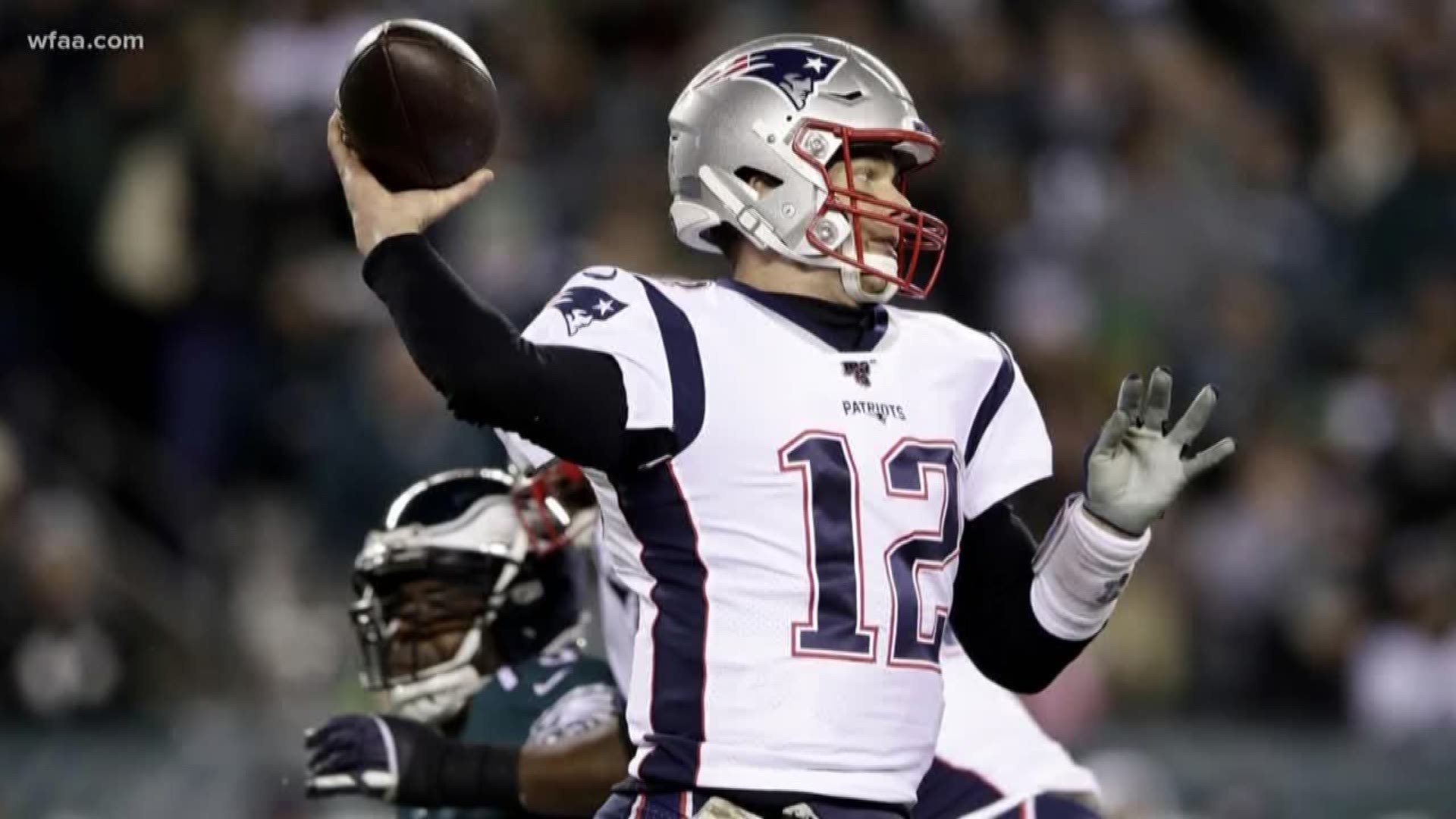 DALLAS — It's going to be hard enough for the Cowboys defense Sunday facing one of the best to ever settle under center.

"He's arguably the greatest player that ever walked," Cowboys head coach Jason Garrett gushed about Patriots quarterback Tom Brady. "He and coach Belichick are an unbelievable combination, the best that ever walked in this league."

So there's that, but the Cowboys will also face an uber-motivated Brady. He was as frustrated as you'll ever see a quarterback after a win Sunday, seemingly not enthused at all after the Patriots 17-10 rock-fight win against the Eagles.

Brady will be looking to get his so-called sputtering offense jump-started against the Cowboys Sunday. But don't expect Dallas defenders to buy into the narrative that the Pats offense is broken.

"Uh, no, " said Cowboys safety Jeff Heath when asked if he thought Brady and company were struggling. "I understand who they have under center and just the command he has for their offense, how good he is, how good he's always been."

New Cowboys defensive lineman Michael Bennett played for the Pats for the first six games of this season and saw firsthand how Brady got the best of those around him.

"I think Brady's a very approachable player and I think he does a great job of bringing guys together and also just hanging with everybody," Bennett said.  "I think that's what makes Brady one of the best leaders in the NFL."

An all-time great leader and player, but you have to forget that when prepping to play him.

"You respect the fact that he's a great player but you prepare the way you prepare week in and week out," said Cowboys linebacker Leighton Vander Esch.

A tough test awaits a Cowboys defense that has been struggling, even against unheralded Lions backup Jeff Driskel.

The game could hinge on how the Cowboys defend deep in their own territory. The Lions scored touchdowns on all three trips they made into the red zone Sunday.

The week before, the Vikings went 3-for-5. That's a 2-week red-zone touchdown rate of 75 percent. Yes, it's a small sample, but there's no doubt playing like that against Brady won't cut it.

"It really comes down to discipline," said Vander Esch. "That's it. Just you practice those plays during the week and they're going to come up with their new stuff here and there, but you're a football player. You've got to be able to react to that stuff."

And when you face Belichick and Brady, you have to accept there will be plenty of new stuff coming your way.

"Yeah, you just have to focus on your job," said Heath. "As simple as it sounds, it's hard to do."

Especially when you're battling the quarterback most call the GOAT.