According to the Dallas Police Department, the burglar entered the store by destroying an air conditioning unit and climbing down from the roof. 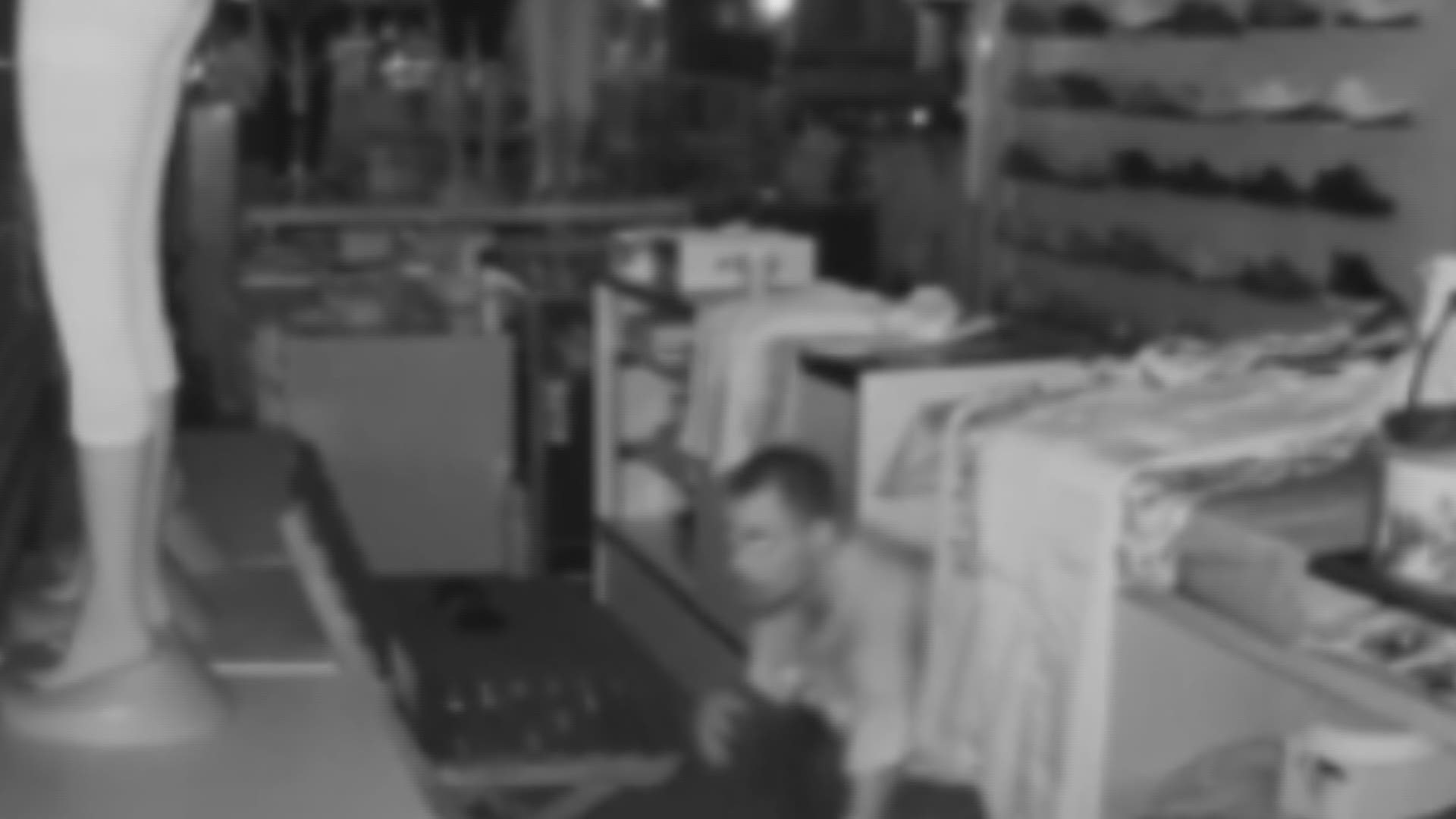 DALLAS, Texas — A Dallas couple wants justice and to be made 'whole' after a burglar left them on the hook for $18,000 when he entered their longtime store through the roof and climbed out with a big score.

The crime went down at Freedom Beauty and Fashion off of Martin Luther King Jr. Boulevard in South Dallas on June 22.

Ephraim and Olaide Oladiran, a Nigerian couple that immigrated to Texas in the 70s and 80s, have owned the store since 1983.

Ask anyone in the area, and they know who the Oladirans are: a Christian couple devoted to their faith and their community.

That fact is one of the reasons why they've been able to stay in business for decades.

"We try to present a good image," Ephraim Oladiran said. "We want to be treated the way that we treat people. We thought we were friends of the neighborhood, but someone didn't see it that way."

Oladiran came to the store with his wife like any normal day and noticed a massive hole in the ceiling of his building.

Credit: EPHRAIM OLADIRAN
A photo of the hole the thief made in the roof of the Oladirans' business.

"As soon as I looked up, I could see the sky," Oladiran said.

Not only that, an estimated $14,000 in jewelry, clothes and shoes were missing.

When Oladiran checked the store's security footage, his fears came true: someone had burglarized his business.

You can see what appears to be a white or Hispanic man with a sleeve tattoo, wearing a Joey Galloshirt in the footage.

Credit: EPHRAIM OLADIRAN
A photo of the thief from security footage.

He's packing merchandise into a bag but crawling around on his hands and knees, trying not to be noticed by the security camera.

However, at one point, he looks directly at the camera.

Credit: EPHRAIM OLADIRAN
A second photo of the thief.

Police are hoping someone recognizes him.

The burglar then got a ladder in the store and climbed back out through the roof.

The damage to the building was an additional $4,000 per Oladiran.

"That's devastating, you know, to a small business," Oladiran said.

The couple survived the pandemic for the most part but wasn't expecting a thief to set them back.

They want justice but also want to be made whole. Oladiran said he and his wife are praying one or both options come.

"We are just trusting in God," Oladiran said.

Anyone with information regarding the suspect's identity is asked to call Detective T. French with the Dallas Police Department Southeast Investigative Unit at 214-671-0112 or Crime Stoppers at 1-877-373-TIPS (8477).

If you really like to help the Oladrians, however, swing by their store and shop around.