The city of Dallas was issuing tickets for small-time, parking infractions in neighborhoods where residents had bigger problems to deal with. 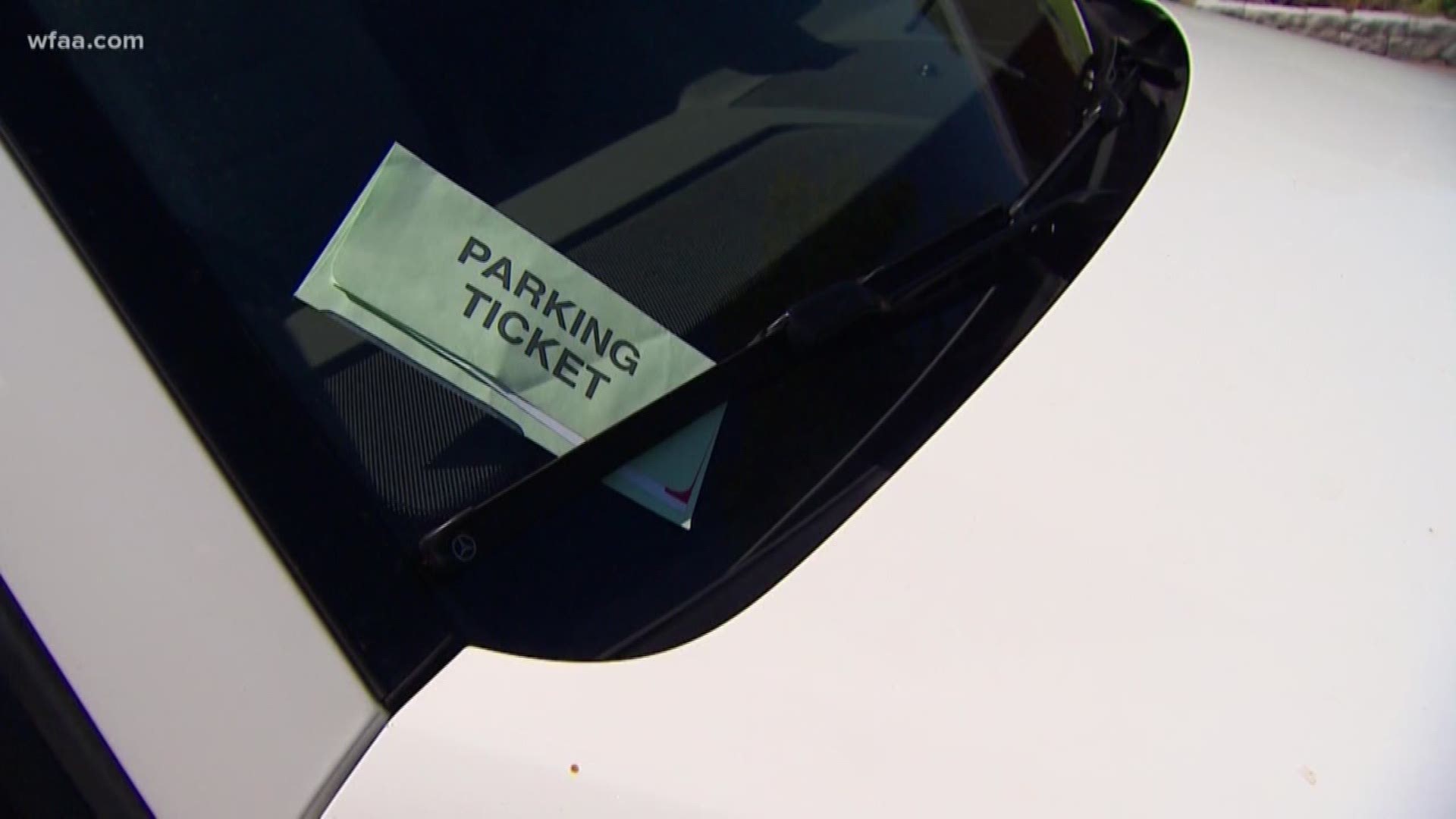 DALLAS, Texas — It feels good to get back to normal.

The power is back on for most of Dallas. Symptoms of the storm are fading.

But there a few memories that will probably stick around for homeowner, Jim Atkins.

“A tree was blown down by the storm up at the corner and it took out this power line," Atkins said as he walked toward the back of his house. "Which put out the electricity for both sides of the alley."

After four days without power in North Dallas, Jim was staying with family.

Wednesday, he swung by his house to pick up medicine and a few things, which is when something unexpected happened.

"We came back out. We were about to leave, and I saw this. I thought it was a handbill,” Atkins said as he stood next to his car. “And, of course, it says parking ticket. And we weren’t happy about that."

It was a ticket for parking in the wrong direction on a two-way street.

How cold is that?

“I thought it was extremely inappropriate to get a ticket when we were under duress trying to get over a disaster,” he said.

He wasn’t the only one. Other neighbors got tickets, too.

Thursday morning, WFAA asked the City why it was issuing tickets for small-time parking infractions when residents had bigger problems to deal with. We haven’t heard back yet.

“Why did you give me a parking ticket when I was under duress?” he replied.

RELATED: After the storm: Is your home under-insured?