Wesley Mathews agreed to serve life in prison, but now he’s asking for a new trial

A father who pled guilty to injuring his daughter says evidence presented during his sentencing prejudiced the jury against him. 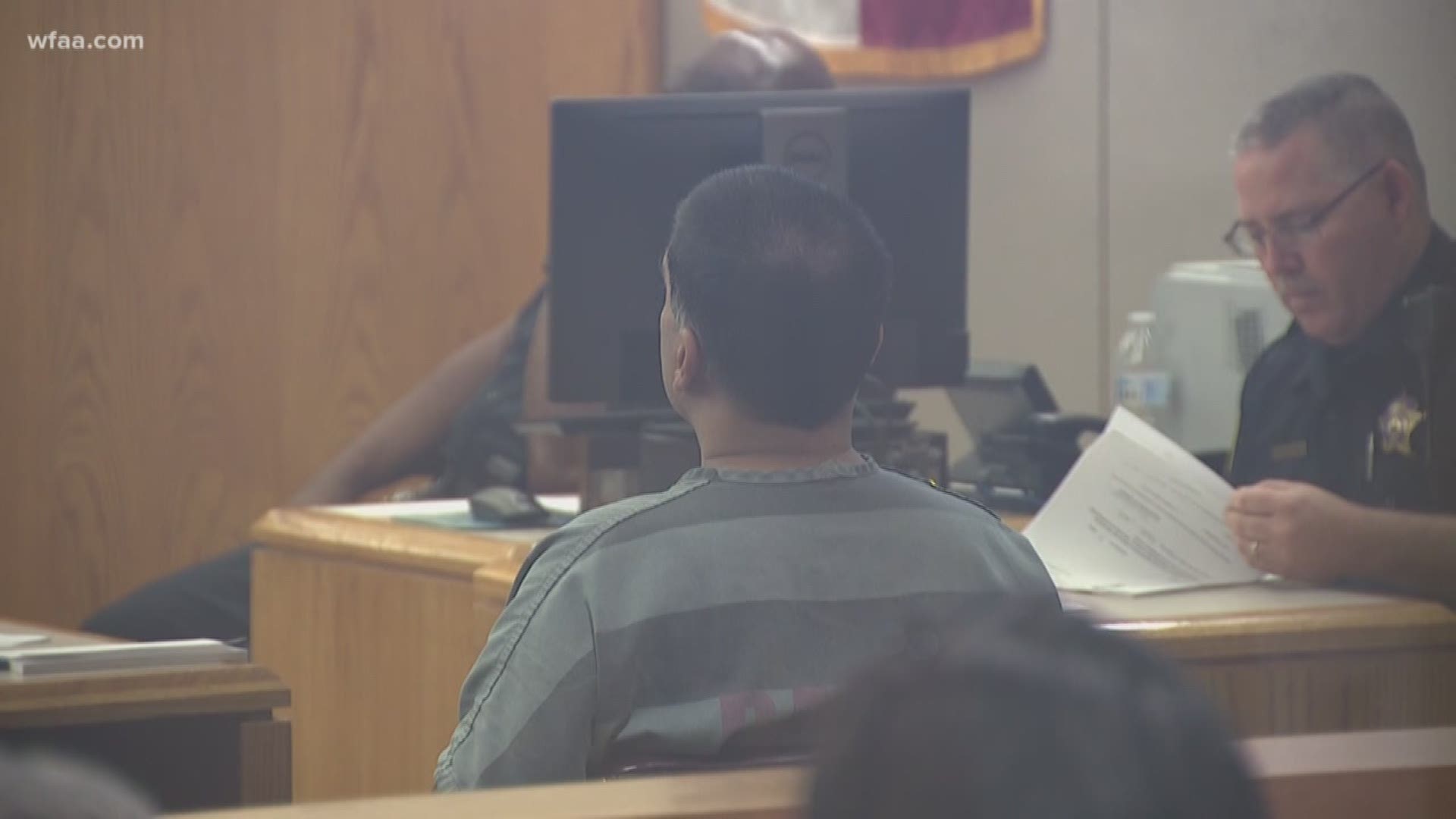 DALLAS — Wesley Mathews was back in court Monday morning asking for a new trial.

In June, the Richardson father pleaded guilty to injuring a child by omission. His 3-year-old daughter Sherin was found dead in a culvert weeks after she was reported missing in 2017.

Mathews claims the little girl died after she choked on milk and that he placed her body in the ditch near their home.

He appeared before a judge Monday wearing in a striped prison uniform.

After the guilty plea in June, jurors did not rule on guilt or innocence, but they did decide his sentence of life in prison, a punishment he testified he would willingly serve.

On Monday, Mathews’ attorneys argued that photos shown to the jury during that sentencing phase were graphic and they prejudice jurors against him.

“We believe he got a fair trial,” said Rafael de la Garza, Mathews’ attorney. “But since guilt or innocence wasn’t in question and it was only punishment, it’s our opinion that the picture was only introduced to inflame the jury.”

Prosecutors told the judge they were careful about the photos they chose to enter into evidence.

“It was an emotional trial,” said Jason Fine, a Dallas County assistant district attorney. “Sherin was killed by her father and we would expect emotion to be shown from the jury. They are human beings. Just because there are tears shed doesn’t mean you get a new trial.”

Judge Amber Givens-Davis took the appeal under advisement, meaning she will spend some time considering both arguments. She said she will announce her decision on September 5.