These are the complex bribes that took down Caraway, gutted Dallas County Schools

A look at the bribes allegedly made, and the players involved, in a scandal that cost Dallas County Schools $70 million. 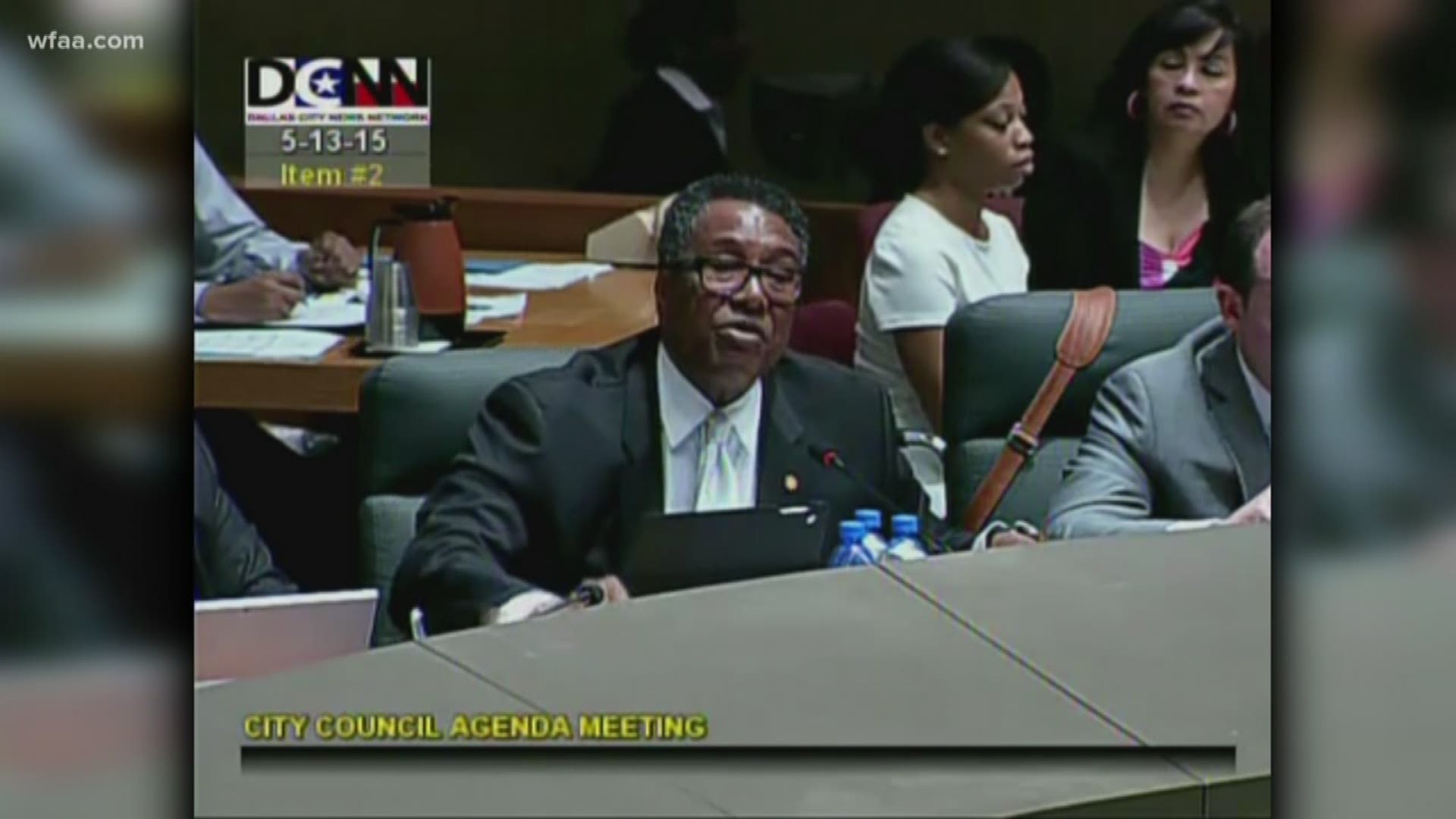 Payments totaling more than $3.5 million by the president of a technology company to both Caraway and Dallas County Schools landed the company more than $70 million in contracts and licensing agreements.

Here’s a look at the players involved and the alleged bribes, as described by Erin Nealy Cox, the U.S. Attorney for the Northern District of Texas Thursday.

• Dwaine Caraway: Caraway was the democratic city council representative of District 4 who twice served as mayor pro tem, most recently from 2017 until his resignation Thursday. He served the maximum eight years – four two-year terms – on the city council from 2007-2015. After a two-year hiatus, he was again elected to his old seat. The mayor pro tem is chosen by the council and performs the mayor’s duties in the event of absence or incapacity.

• Robert Leonard: Leonard is the president of Force Multiplier Solutions, a technology company that puts cameras on school buses – the “stop arm program” at the heart of the bribery scandal. The stop-arm program adds cameras to the side of school buses that would record drivers that pass a school bus while the stop sign is extended.

When did it all happen?

The alleged bribes at the focus of Thursday’s revelations took place between 2011 and 2017.

Leonard paid Sorrells more than $3 million in exchange for licensing agreements between Dallas County Schools and Force Multiplier Solutions that resulted in hundreds of purchase orders for stop-arm cameras.

Leonard entered into a $340,000 per month servicing agreement and a $25 million asset purchase licensing agreement.

The transactions “generated little revenue in return and put Dallas County Schools in a position where they incurred intolerable levels of debt,” according to Nealy Cox.

The payments would sometimes come in checks that Caraway would cash at liquor stores or pawn shops around Dallas, according to Nealy Cox. Other times, payments were made through “pass-through entities.” One such entity was a company called ELF Investments, which was run by Swartwood.

Caraway and others would disguise these payments by opening shell companies, “scam consulting agreements” and fake loan documents, according to Nealy Cox.

Here’s what the money purportedly paid for:

• A house loan for Caraway’s father

• Casino chips and gambling funds for a horse track

In exchange, Caraway took political action promoting the stop-arm program, including a 2012 vote endorsing it. Caraway would “pressure the city attorney for a favorable opinion” on the program, and also promised to “use his position to further Leonard’s interest in real estate developments.”

MORE: What he did for the money: Watch Dwaine Caraway’s 2015 speech motivated by bribe

Caraway pleaded guilty in court Thursday to tax evasion charges. Nealy Cox said Caraway neglected to report income tax on the payments he received from Leonard from 2012-2014. He admitted in court to knowingly filing a fraudulent tax return in 2014.

“Honest services fraud is when someone uses deceit to deprive the public of their right to honest and fair representation by public officials,” Nealy Cox said.

In this case, the fraudulent activity “deprived the citizens of Dallas from the honest services of Caraway and Sorrels.”