There's a unicorn in Deep Ellum and people are lining up to capture it.

The unicorn is real in Deep Ellum - everyone wants to take a picture of it...and gobble it up. 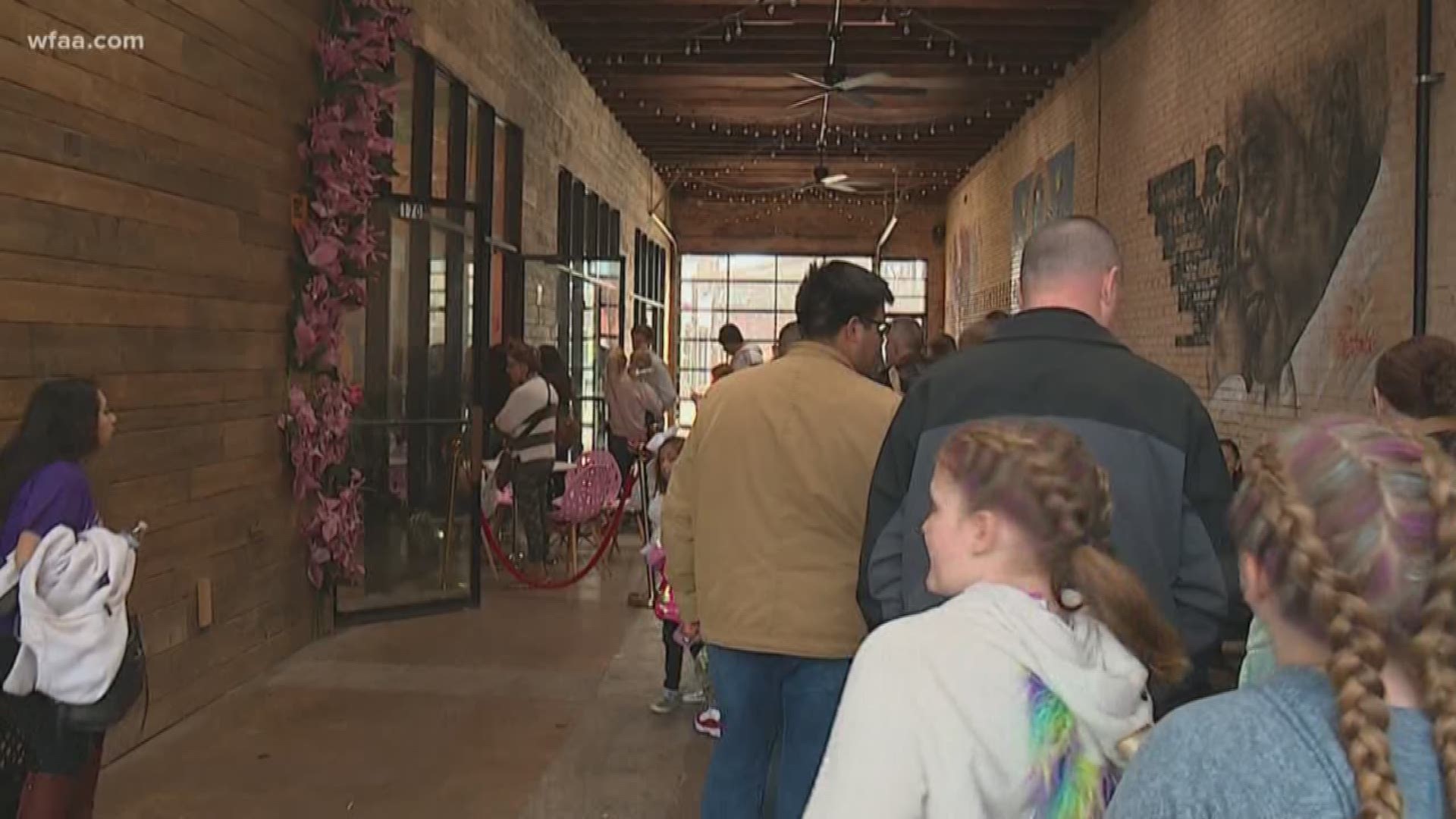 "When my wife Javi brought it up, I thought 'are you sure', she said 'yes, it will work'," Bubar says smiling.

Since opening December 21, Magical Dessert Bar in Deep Ellum has seen lines that start outside it's small shop in an alley between Elm and Main and extend on the sidewalk outside its 2646 Elm address.

And looks matter in an emerging scene of dessert creations meant to be photographed and shared across every social media platform.

The unicorn creations at Magical Dessert Bar are designed to be enjoyed in person and on social media.

"These days people eat with their eyes first, so it has to look good," Bubar said.

He and his wife are the team behind Chills 360 rolled ice cream shop that opened in 2016, also in Deep Ellum. Since opening it has expanded to multiple locations throughout DFW.

For now, the Magical Dessert Bar is a one and only but Bubar says they are already looking for a larger space in Dallas and to open a second location in Houston later in 2019.

"Some people tell me the idea might die down," Bubar said before opening to long lines on New Year's Eve. "But I don't know. So far what I've seen, people are traveling from outside Dallas to check it out."