A baby boy born Thursday morning at Medical City Dallas is at the center of a custody dispute between the biological parents, the surrogate who carried the child, and now Dallas County and the state of Texas. 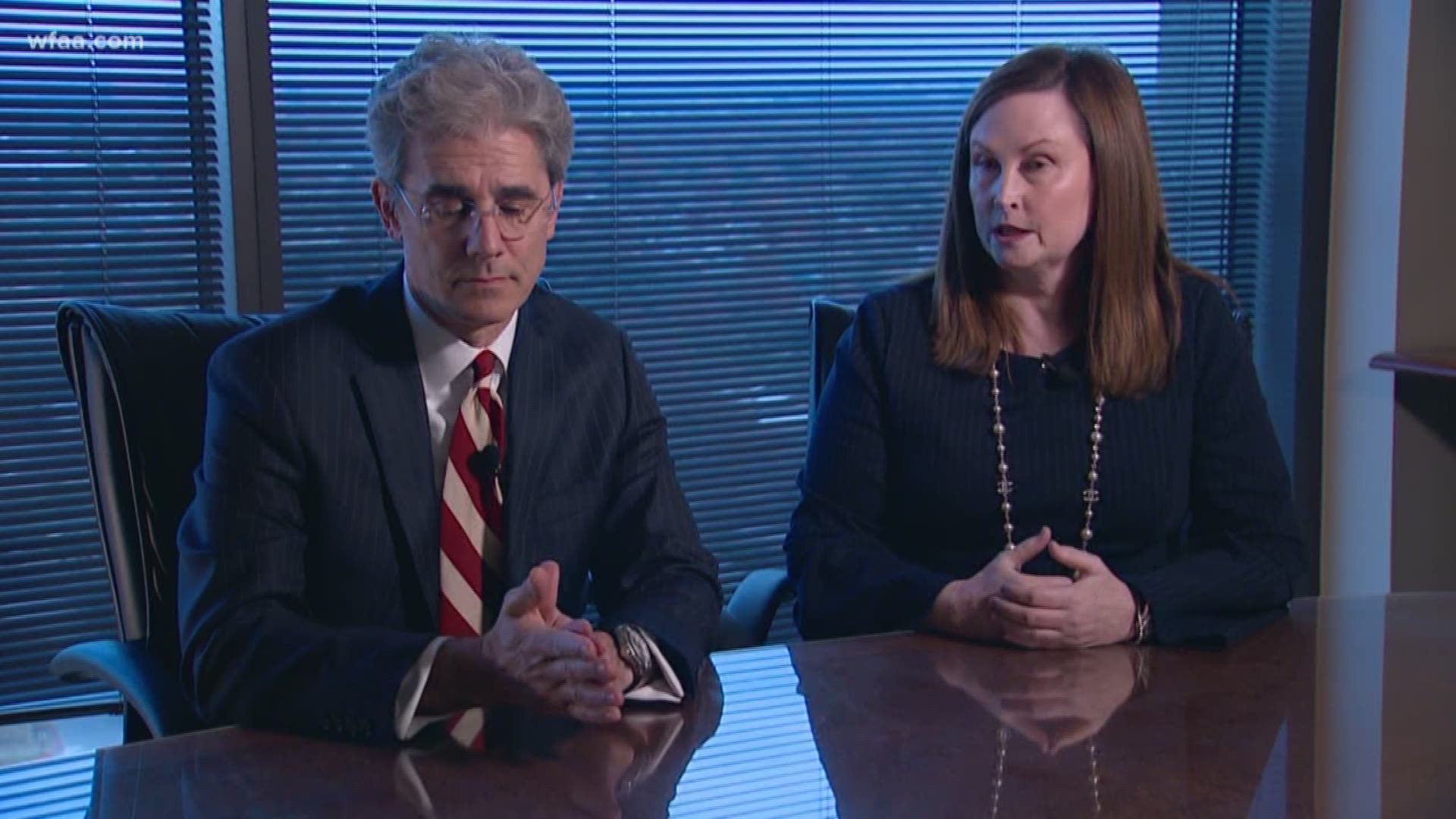 A baby boy born Thursday morning at Medical City Dallas is at the center of a custody dispute between the biological parents, the surrogate who carried the child, and now Dallas County and the state of Texas.

Attorneys for the surrogate, a woman from Collin County who's successfully served as a surrogate twice before, said she agreed to carry the child for a couple from out of state. But at 16 weeks of pregnancy, doctors discovered the baby had a heart problem.

The surrogate and the biological parents were reportedly informed the child would need life-saving surgery within three to four days of birth after the unborn baby was diagnosed with hypoplastic left heart syndrome (HLHS). HLHS is a birth defect where the left side of the heart is critically underdeveloped and unable to effectively pump blood to the body.

In the interim, both the Dallas County District Attorney's Office and the Office of the Texas Attorney General have become involved in the case.

Michael Snipes, the first assistant district attorney at the Dallas County District Attorney's Office, confirmed to News 8 that two DAs in the office have been assigned to the case.

“The District Attorney's Office, specifically the Juvenile Division, is doing whatever we can, whatever it takes, to save this baby's life,” Snipes said of making sure the child gets the surgery doctors said he needs.

Child Protective Services said they haven't yet been asked to be involved because a court order for intervention hasn't yet been issued.

The surrogate, per her contract with the biological parents, has no legal standing. The common procedure wouldn't allow the surrogate to see the child after he was born.

Born by C-section, the baby boy is now believed to be in the legal custody of the biological parents at Medical City Dallas, where a decision will be made whether to proceed with the life-saving surgery.

Officials with Medical City Dallas didn't return requests for comment as of late Thursday afternoon. But due to medical privacy standards, it wouldn't be unusual for them to remain silent in such a case.

“We reached out to the doctors involved and expressed our client's desire and expressed our belief that if the biological parents did not authorize medical care today that other legal avenues will need to be taken,” said Karen Turner, an attorney for the surrogate. “We were hoping to hear from the opposing parents because it would have been the expected or humane or intuitive thing to respond.”

“And another thing important to know, no doctor ever suggested an abortion was appropriate or necessary. Because these babies are born or treated all the time.”

Attorneys John Schorsch and Karen Turner of Dallas represent the surrogate mother who is from the DFW area.

"There's a difference of opinion on how the baby should have been or might have been handled post and pre-birth because there is a demarcation," said Schorsch.

The biological parents, who have not been publicly identified are from a different state, which makes an already complex issue even more complex. The surrogate group that organized the surrogacy also happens to be from another state.

"My client doesn't believe in abortion, and she was never told by any doctor that this type of defect is a reason to abort a child," said Turner.

The attorneys argue Texas Health code protects the surrogate mom's right not to abort. Answers aren't so clear when you're dealing with so many other entities.

It is believed the baby boy born Thursday will need surgeries and one likely very soon. Medical City could not confirm any details because of HIPPA rules.

"All she's ever wanted is for this child to have a fighting chance," said Turner.

Now that the child is born, the attorneys say their client has little say now, especially after they say it was made clear to them by the biological parents that life-saving measures would not be taken after birth.

"The birth mother, our client, is more or less locked out from the ongoing flow of information," Schorsch said.

It is unclear what has happened since the birth. What is clear is that Texas Attorney General Ken Paxton and Dallas' Assistant District Attorney are now involved.

"That silence is resounding. They could have fixed a lot of things with a simple response and they chose not to," Schorsch said.