Neighbors in one stretch of East Dallas say they are opposed to a long awaited remake of busy and often dangerous intersection. 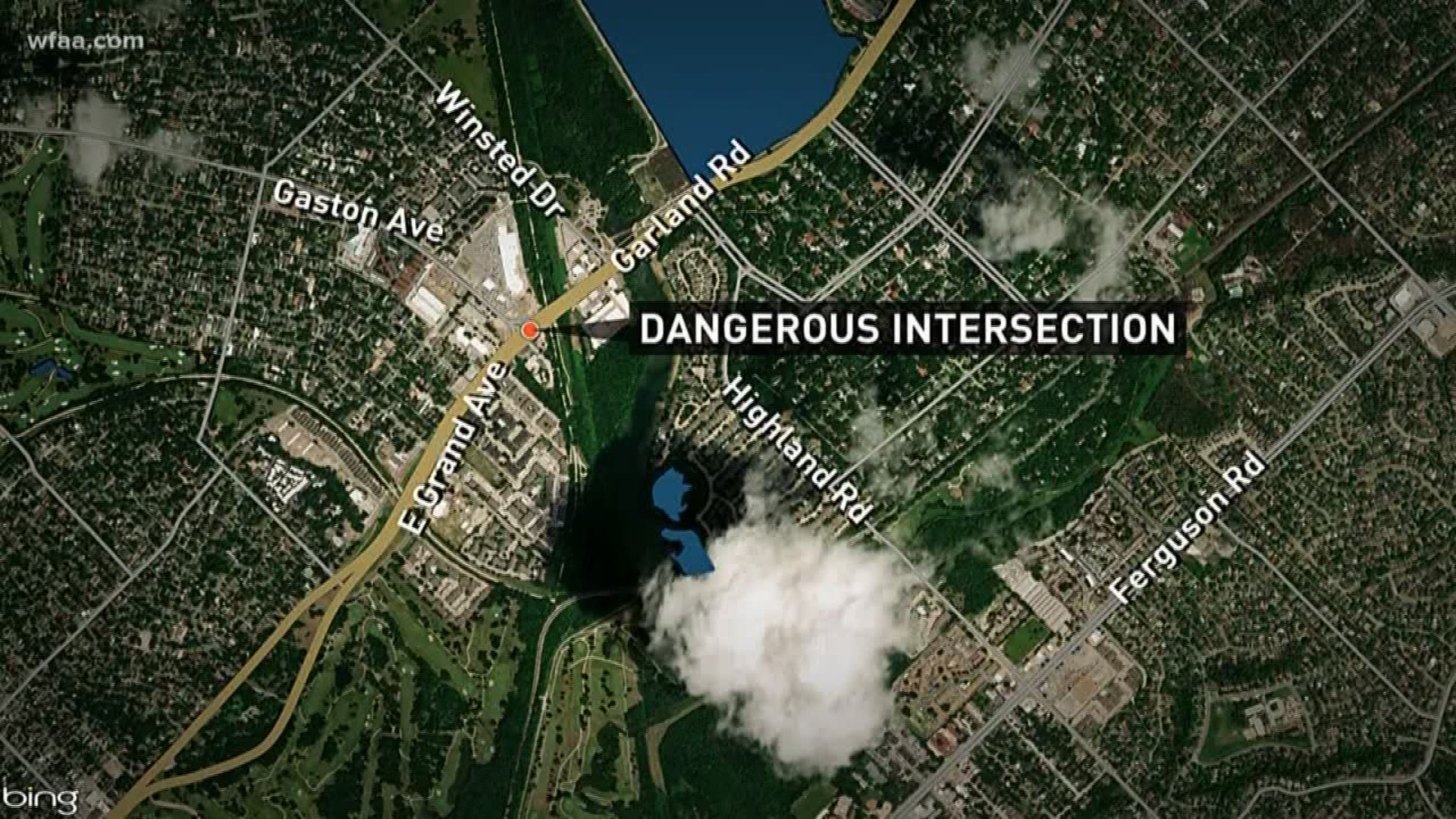 Neighbors in one stretch of East Dallas say they are opposed to a long-awaited remake of a busy and often dangerous intersection.

Where Garland Road, Gaston Avenue, and Grand Avenue meet, just south of White Rock Lake, is an area notorious for accidents. Chris Srivarodom works nearby at The Lot restaurant, which faces the intersection. "Something needs to get done," Srivarodom said.

Texas Department of Transportation started working on design options for the intersection more than three years ago and has since settled on what's called "Option 2," which would take two southbound lanes of Garland Road (US-78), and move the traffic onto Gaston Ave into East Dallas.

Signs asking neighbors to oppose the plan began going up earlier this month along that stretch of Gaston from the intersection west to Abrams.

Virginia McAlester is an author and preservationist who lives on historic Swiss Ave in East Dallas. She says the TxDOT plan needlessly creates more traffic issues for an area she fears is being used more as a cut-through for drivers headed to downtown.

"We would argue that this is not the safest option," McAlester said. "We want a traditional T intersection and to straighten out Garland and Grand, and allow Gaston to service mostly neighborhood and destination traffic for places like Lakewood Town Center. That means fewer vehicles on Gaston."

TxDOT says it has listened to neighbors and will do so again at a planned public hearing later this fall, but also pointed out to WFAA, that the City of Dallas has already given its support for Option 2, willing to commit more than $1 million in 2017 bond money to make it happen.