When the Dallas Independent School District begins classes on August 28, only 14 campuses will be listed on the state's "improvement required" list. 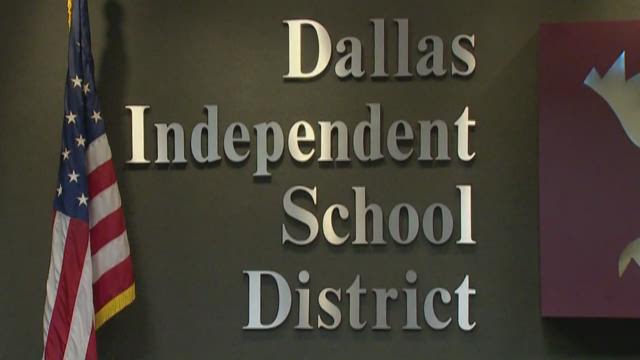 When the Dallas Independent School District begins classes on August 28, only 14 campuses will be listed on the state's "improvement required" list.

It's the lowest total in years, but concerns exist from observers on whether the state's second largest district can maintain those gains amid dwindling funding from the state.

Frustrations boiled over Friday night when a divided school board failed to advance three different tax hike plans that would have infused millions into programs for the 158,000 student district.

It is the second time in two years the board has failed to reach an agreement on a Tax Ratification Election that voters would then vote on.

The board needed a super majority 6 yes votes out of 9 seats to advance any plan to voters.

All of them failed after no proposal received more than 5 votes.

Johnny Oppenhammer watched with dismay. The south Dallas pastor and father of two elementary aged girls in DISD pushed for a 13-cent hike, the maximum allowed under state law.

"As a parent, it's very disappointing," Oppenhammer said. “It’s ridiculous. It’s just that simple the more funding you get, the better the education."

DISD trustee Miguel Solis said Sunday he will work to continue to convince colleagues to support a 13-cent TRE to increase funding for student programs.

"Can we take these programs to scale? Without money, you can’t. And we know the legislature isn’t going to help us.”

Trustee Lew Blackburn said Sunday he was not convinced that the administration showed a need for more funding, saying the board already approved more money for programs that help struggling schools, expanded pre-k, and collegiate academies in several high schools.

“I want the administration to come up with the need and shows us how much it’s going to cost and show us they’ve done all they can with the budget we have right now," Blackburn said.