Owners await word from Gov. Greg Abbott, who is expected to announce the next phase in the state's re-opening plan Monday. 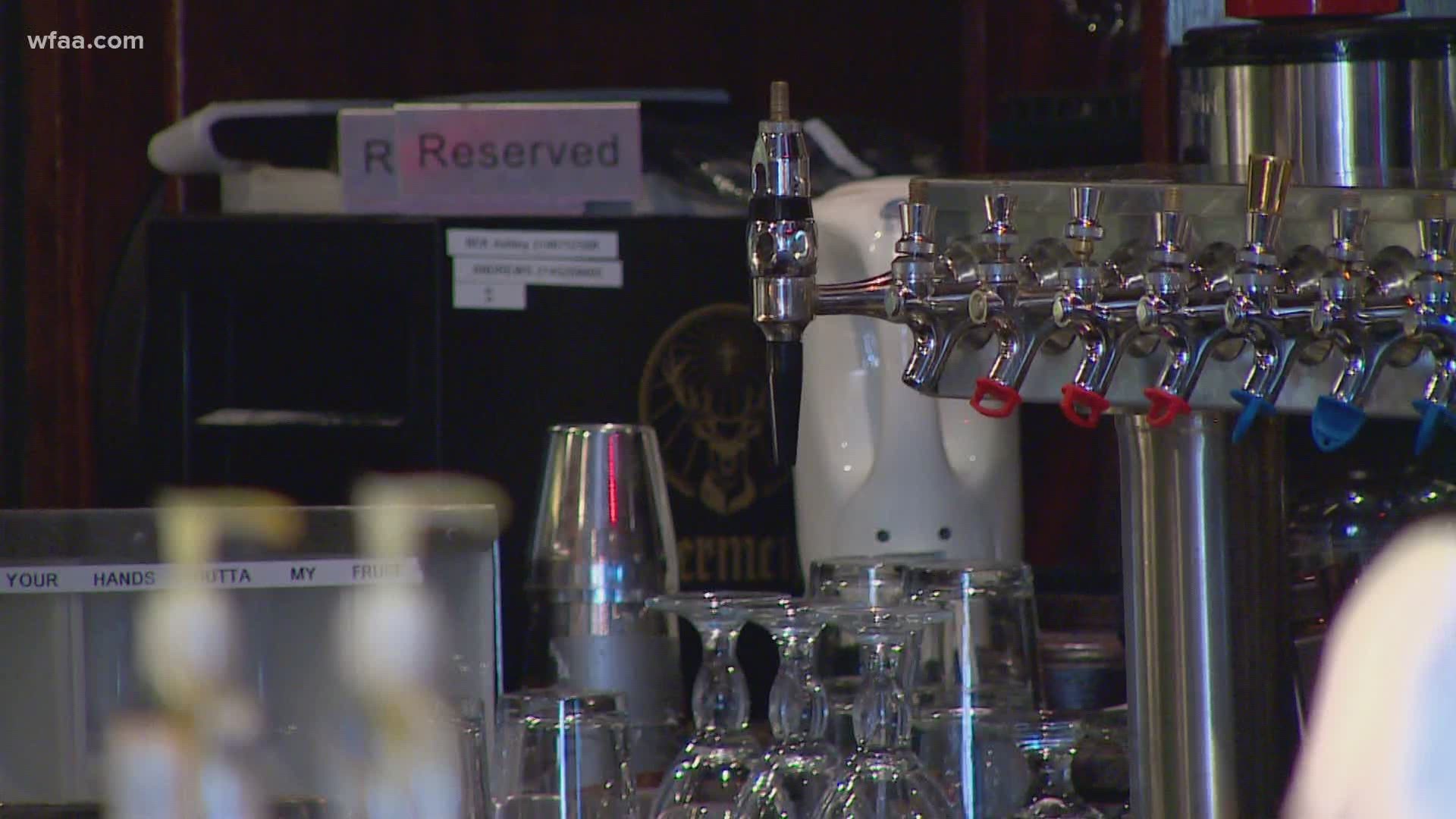 It’s an uncertain and tense time for bar owners in Texas. They await word from Gov. Greg Abbott’s office, who is expected to announce the next plans for the state’s re-opening on Monday. Bars have yet to learn when they may re-open.

Ben Harper is the owner of Eastbound and Down Ice House in Dallas. He says he hopes to open as soon as possible, as long as they are able to do it safely.

“If bars do open there needs to be some accountability from the state or the county saying, ‘Hey, this is what you need to be doing. And you have to do it,'" Harper said. “The federal government says one thing, the state says something else, our local government says something completely different. It’s going to be hard. Whether you choose to re-open or not, there are going to be customers who are upset at you, one way or the other.”

RELATED: Texas gym owners differ over whether to reopen Monday amid pandemic

Lee Daugherty is the owner of Alexandre’s in the Oak Lawn neighborhood in Dallas. He says no matter what the governor says Monday, he plans to remain closed until the coronavirus is more under control.

“I do believe there are certain businesses that can safely open with certain precautions, bars aren’t one of them,” Daugherty said. “We’re built off of a model where people socialize with each other, it’s very difficult to police that, especially around alcohol consumption.”

Alexandre’s opened in 2004 and hadn’t closed for a day until mid-March when the coronavirus took off.

“We want to make sure to do this right, make sure we can do this safe, not only for our guests in here, but for the workers as well,” Daugherty said. “If it’s not safe for either one of those we’re just simply not going to open.”

Bars won’t be the only industry waiting for word from the governor. Massage therapists are also among the industries unable to re-open.

“Why are we being singled out to not open?” Mike Cruz said.

Cruz is a massage therapist in Colleyville. He says as a licensed health care provider they should be able to re-open, with proper precautions in place.

“We do have the hand sanitizer right there available that we can utilize,” Cruz said. “As far as lotions or anything else, they are dispensed from a pump bottle so there is no cross-contamination going on between there.”

He works alongside his wife Cynthia.

“I have clients that rely on us,” she said.

Cynthia said they have a client intake form where they are well aware of how a client is feeling.

“If you are sick and you are running a fever you are not allowed to have a massage,” she added.

No matter how the governor moves forward, there will be people on both sides of the re-opening conversation.