The officer's son was transported to the hospital with non-life threatening injuries, authorities say. 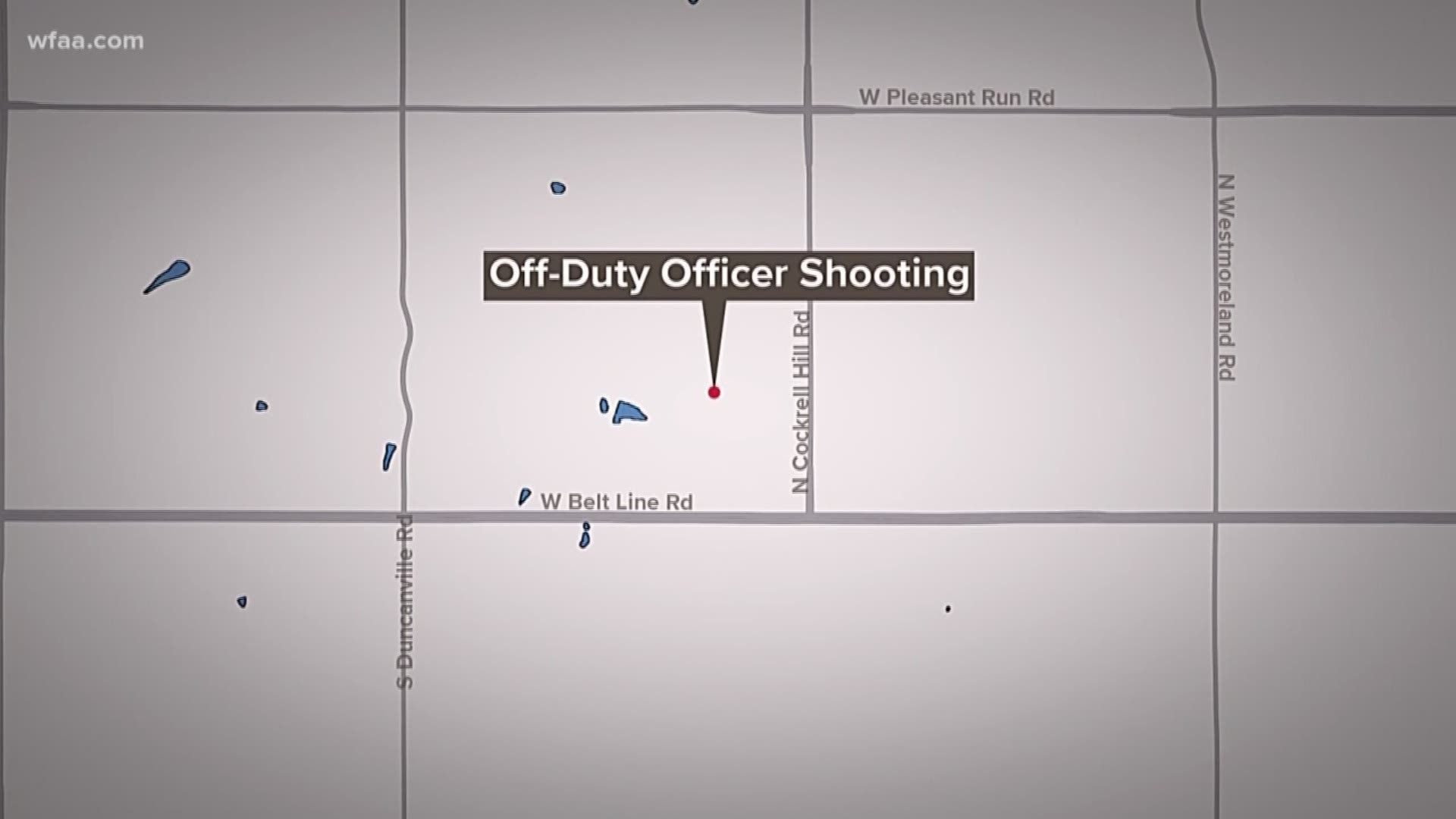 DESOTO, Texas — An off-duty Dallas police officer accidentally shot his son after mistaking him for an intruder, according to officials with the DeSoto Police Department.

Authorities with DeSoto police say the shooting happened around 6 p.m. Saturday near the 1400 block of Carriage Creek.

Investigators say the off-duty officer called police to report the shooting. During the phone call, the man identified himself as an off-duty police officer, authorities say.

When police arrived at the scene, they said the officer's adult son had a gunshot wound to his arm and was bleeding. He was transported to the hospital with non-life threatening injuries, according to officials.

Detectives are working to determine what led up to the shooting but say it appeared to be accidental. Authorities say no arrests have been made and there is no threat to the public.

Investigators say they will not release the name of the off-duty police officer or his son until additional details are confirmed.

WFAA reached out to the Dallas Police Department Saturday evening about the shooting. The department did not want to comment and did not have additional information at the time.

This is a developing story. Check back for new information. Download our free WFAA app to stay up-to-date on the latest news in the Dallas-Fort Worth area.